Husband and wife duo, and founders of Blacks Brewery and Distillery, Sam and Maudeline Black, were in high spirits on winning a prestigious Gold award for their Blacks Golden Rum at the World Rum Awards.

Founded originally as a craft beer brewery in 2013, this unstoppable couple expanded and opened their distillery in 2015, where they began producing gin in their top-of-the range facility in Kinsale, Co. Cork. In 2018, they made history with Blacks Spiced Rum, Ireland’s first-ever rum, made entirely from start to finish in Ireland. Continuing to add to their extensive ranges of award-winning craft beers and spirits, this year their first bottle of Blacks Golden Rum hit the shelves, after maturing in ex Irish whiskey oak barrels for the last five years.

The World Rum Awards are the leading global rum awards, which select the very best in all of the internationally recognised styles, and award and promote these world best rums to consumers and trade across the globe. It was with immense pride that passionate entrepreneurs, Maudeline and Sam, accepted this coveted World Rum Award – recognition of their master craftsmanship and innovative recipe. Blacks Golden Rum was the only rum to win Gold in its category – ‘World’s Best Column Still Rum Five Years and Under’ – and the only Irish spirit to make the winners list. This was the first time Blacks Brewery and Distillery entered these illustrious awards, with their golden rum undergoing a series of three stringent judges tasting sessions. Due to Covid19 restrictions, this year, all aspects of these awards took place behind closed doors, with virtual tasting sessions chaired by head judge Peter Holland. The distinguished judging panel comprised of international, leading journalists, specialist drinks retailers and industry experts.

Speaking in relation to the taste of this Gold award-winning Blacks Golden Rum the judging panel commented, “An interesting nose. It starts off with wood varnish and dunder/funkiness. Very ripe tropical fruit and very ripe stone and citrus fruit with a very notable dry orange peel aroma. There is roat vegetal notes too. The palate is quite straightforward and easy. One dimensional with easy tropical fruits and little hints of wood smoke and medicinal characteristics.”

“We couldn’t believe it when award organisers contacted us with the good news. Gold! We are very proud of our golden rum, as we are with all of the beers and spirits, which leave our brewery and distillery displaying our name. They really are a testament to the time and talent invested by all of our team in Kinsale, but to receive this recognition on a global scale, especially when up against such long standing and established rum brands it was just phenomenal,” commented Founder Sam Black.

Having made their mark on the global rum stage, there is no stopping this pair who already have their eyes firmly on their next endeavour – the whiskey market. Always looking for a unique angle, and bringing creativity to their business, be that in the form of seasonal craft beer recipes, production methods or eye-catching packaging, Maudeline and Sam wanted to make their whiskey journey special too. They have achieved this by opening up their business to other whiskey enthusiasts who wish to share in their passion with the Blacks Whiskey Founders Club.

Already boasting over 100 members, the Blacks Whiskey Founders Club gives whiskey lovers the opportunity to purchase their own cask of whiskey, starting from €6,500. This club allows members to create their very own personalised and branded whiskey, with a cask expected to deliver over 397 bottles of pot still single malt Irish whiskey, or to use this as an investment opportunity and after the five-year maturation period sell back their cask to Blacks. This buy-back scheme will generate a minimum four per cent annually compounded (approx. €280 per year per cask) return on a members initial investment.

Phase one of this €1million project has now been completed, the installation of two copper whiskey stills. With the club still open for new members to join, and with lots of different cask options to choose from for example ex bourbon, sherry or port, the next key date in the diary is the first annual Blacks Whiskey Founders Club party, which is set to take place on Friday, September 18. This annual event gives members an opportunity to network and check in on their whiskey, becoming an actively engaged part of the distilling process. During the day members will have a choice of some social activities such as golfing and a Kinsale Harbour sailing trip, while in the afternoon there will be tours of the distillery and brewery, with lots of spirit and beer tasting.

Speaking in relation to the Blacks Whiskey Founders Club, Sam Black commented, “This really is a unique opportunity for whiskey enthusiasts, who otherwise would not be in a position to produce whiskey alone. It was my passion for brewing and my wife’s support that gave me the push to open Black Brewery and Distillery and I want to share that experience with others. Some of our members who have already joined plan to bottle and label their whiskey to gift to family, friends, as corporate client gifts and to sell some on the secondary whiskey market, while for others its an investment opportunity, but one in which they to play an active role in also creating a piece of our famous Irish whiskey heritage. The next few weeks mark a huge milestone in this project as the actual whiskey production begins. I look forward to watching our club grow, adding more people to the Blacks family and getting to meet a lot of these face to face at our annual get-together.’

Blacks Brewery and Distillery are among some of the lucky businesses who have been able to adapt their operations processes in order to remain functioning safely through this Covid19 pandemic. Not only are they still supplying beers and spirits to off-licenses and supermarkets across the country, but they are also playing their part in trying to fight this virus and support the community, with the production of much-needed hand sanitiser. Despite their online sales increasing over the last month and sales staff required to focus their efforts here, Maudeline and Sam were still adamant that they were going to use their resources to help, and therefore redeployed members of their sales team, who would have primarily focused on on-trade pubs and restaurants.

Sales staff are now helping in the distillery to bottle and label hand sanitiser. This supply of hand sanitiser is being split between charities, such as Cork Simon and local Kinsale volunteers, and consumers. In addition to charity drops and for consumers through retail stores, when placing online spirit orders through the Blacks website consumers receive free sanitiser and one is also donated to a charity group in their name. Now that the new copper whiskey stills are installed they will also play a role in this sanitation process, as before whiskey production begins in the coming weeks the stills must undergo a cleaning run in manual mode with vinegar, followed by a sacrificial alcohol run, which will also be transformed into hand sanitiser.

Commenting on the new edition to their production line Sam Black said, “We consider ourselves very fortunate to still be in a position to stay open and meet the demand of customers. It is a very hard time for the entire Irish community and we just wanted to play our part, no matter how small in helping during this crisis. When we became aware of the huge shortage of hand sanitiser for those on the frontline we realised we were in a unique position to be able to assist, and so we quickly went about altering our production process to start manufacturing and getting this into the hands of those who need it.’

To find out more about the award-winning Blacks Golden Rum, to become a member of the Blacks Whiskey Founders Club, or to place an order for some of Blacks Brewery & Distillery famous craft beers or gin visit www.blacksbrewery.com. You can also contact Paul, a member of the Blacks team at paul@blacksbrewery.com or stay connected online at Instagram/blacksbrewery Instagram/blacksdistillerykinsale, Twitter @BlacksBrewery or Facebook/BlacksOfKinsale

Tue Apr 21 , 2020
Ireland’s most inclusive science event continues online so students can still take part despite Covid-19 restrictions Cork students registered for SciFest 2020 are being asked to upload their projects online for judging for this year’s 15th annual SciFest@College competition. In line with recommendations and advice from the HSE, the SciFest regional finals […] 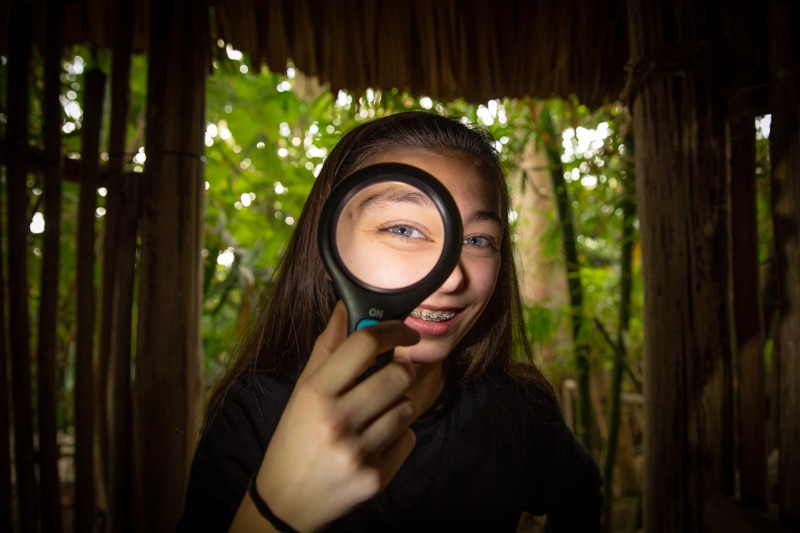