Ahead of World Mental Health Day (October 10) Courtmacsherry dairy farmer Harold Kingston shares his experience of coping with severe burnout, the support he received on his path to recovery and how he has streamlined things on the farm to better manage his time. Harold is well-known around the world for his tweets on farming life.

A little over a year ago in the Spring of 2018, Harold Kingston reached breaking point. “There was a series of events, which led up to it,” he explains, “I felt the pressure gradually building and building over time.

“A restriction was put on my herd due to TB in the summer of 2017. The herd was cleared mid winter and I was looking forward to the spring. But the spring of 2018 hit all farmers with force…we had the Beast from the East, we had storms, we had rain, we had everything and anything except spring-like conditions. All dairy farmers in West Cork depend on getting their animals out early, as we have growth in the spring. Coming on the back of everything else, this was the final straw for me.”

The IFA Cork Central chairman remembers the moment clearly. “It was the first Friday in April. I was getting some animals ready for sale. I remember thinking that I don’t have the energy for this anymore.” Harold offered his entire herd to the man who arrived to buy ten animals. “I just felt that I liked my animals too much…I couldn’t look after them,” he says candidly.

“Everyone has someone to talk to. You just need to identify who that person is who will look out for you.

“I was just lucky that at that particular moment in time the person who arrived into my yard recognised that I was in trouble and made some phonecalls!”

Harold fortunately received the support he needed. “You need to offload jobs to clear the decks and clear your head.” Harold’s local community rallied to help him. “It gave me the time I needed to get back on track,” he says.

“Looking back I think that where I went wrong was when I stopped talking to people. I was so busy in the Spring of 2018 that I thought the best thing I could do was batten down the hatches and ride through it on my own!”

The sudden and unexpected loss of his father this past spring presented a challenging time for Harold but he got through it with the help of his support network. “A week after my father died, many of the people who helped me last year came back to help me again. Everyone needs a support network,” he says.

“You have to find a way to leave your farm or your job for a number of hours every day. You need time to think but you also need time not to think!”

Harold takes time out by going walking and he’s involved with various events and festivals within his local community. “A lot of them may be farming-related but they’re not farming,” he says.

Currently milking 120 cows, on the farm Harold has streamlined things by stopping winter milk production, which means he is now only calving in the spring, and by switching to once-a-day milking. “Milking once a day means I can schedule my day better. Because I had so many IFA commitments at night, trying to work around the evening milking time was proving very difficult. This is working out a lot better for me.”

He’s a firm believer is grass management. “I’m employing someone to do the measuring so that’s another job handed over to free up more time,” he explains.

Harold is a ‘Smart’ farmer, which involves adjusting to the challenges of climate change through the efficient use of machinery and energy consumption, making the operation more profitable.

He has put money into ensuring cattle have optimal water consumption and with the use of better breeding his operation is more efficient in generating milk with the right profile – it has better ‘solids’ content.

“Doing things like this and improving soil fertility on your farm are all important and will generate payback,” he says.

Generation number four in a family of farmers, Harold is a former IFA environment committee chairman. “There was a lot of talk last spring about a fodder crisis and a lot of well meaning people had a lot of negative things to say about farmers. I think that put added pressure on myself and a lot of other farmers at the time. As I was so involved with the environemental debate, it played a lot on my mind!

“To tell a farmer he can’t feed his cattle…any farmer will you, we’ll feed our cattle before we feed ourselves!

“I feel much more positive about farming now,” he continues.

“There will always be problems and obviously Brexit is a huge worry at the moment but what I’m confident on is that people still need food and we produce the type of food that people want. We’re obviously worried about tarriffs and border checks and those kind of things but I suppose, as I’ve learned through my own experience, there is no point in being a farmer if you’re not an optimist!”

Above: Harold Kingston is pictured with Minette Batters NFU President at the Ploughing.

Accepting ourselves just as we are 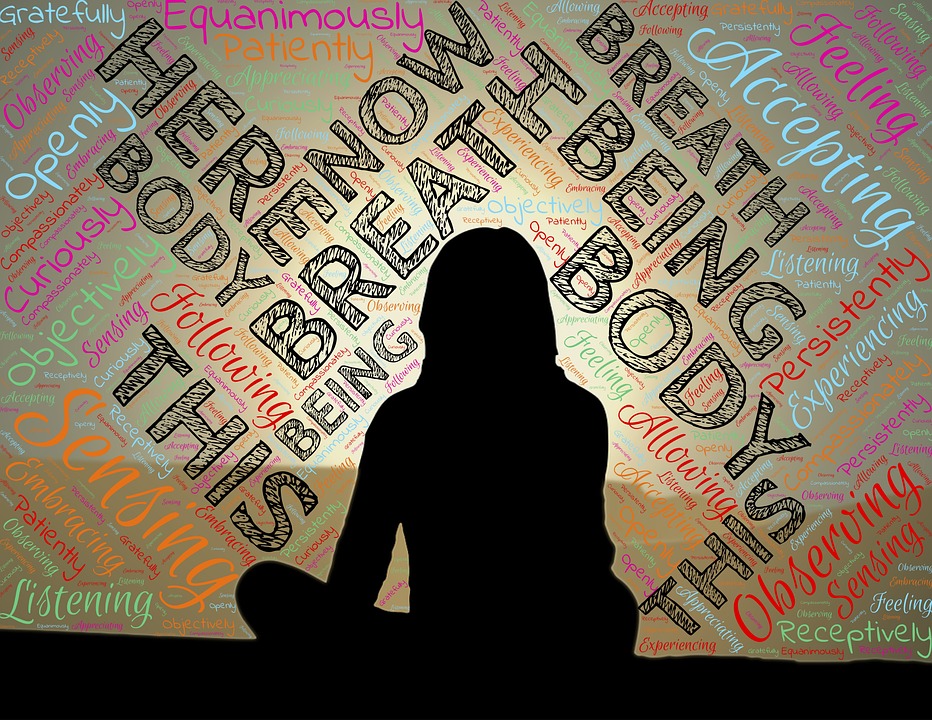