Originally built in 1820 by the Earl of Shannon to accommodate retired sea captains, Travara, a Georgian-style house in Courtmacsherry has been run as a luxury guesthouse since the early 2000s by owners Brendan Murphy and Richard May.

Also partners in life, Brendan and Richard have been together for almost 30 years. Brendan is a native of Cork City and Richard grew up in Finglas. They met in Dublin and the small fishing village of Courtmacsherry is where they now call home. Five years ago, the happy couple committed to each other in a civil partnership. “It felt right at the time,” says Richard. “Although when I asked my mother to guess who was getting married… she guessed everybody and his mother except me,” he says laughing.

When Brendan and Richard met and fell in love, Brendan was a pastry chef in the Shelbourne and Richard was working for An Oige – the Irish Youth Hotel Association. The time was right to make a change in both of their lives so the couple took on the lease of a ‘greasy spoon’ café in Dublin called ‘The Loving Spoonful’ (“We inherited the name,” says Richard) and ran it together until the owner bought them out.

With their unexpected windfall, the couple holidayed for a month in Canada before returning home to make a plan for the future. West Cork caught their eye and they decided to look at two buildings in Clonakilty. “We had no set plan of what we were going to do with these buildings,” says Brendan. “It could have been anything from a gift shop to a bed and breakfast.” Both buildings however were in such a bad state of disrepair that the couple decided to look elsewhere. “There was a tree growing out of one of the buildings,” says Brendan. “We wouldn’t have known where to start.”

As fate would have it, their estate agent showed them a photo of a house in Courtmacsherry, which piqued their interest at first glance. “Travara was like the house I had drawn so many times as a kid, with the red door and five windows,” explains Brendan. They took a drive down to see the exterior. “There wasn’t a soul around. It was March, such a beautiful day and we were in our t-shirts,” says Brendan. “It looked like a lot of house for the money compared to what we’d already seen in Dublin.”

The couple made an appointment to see inside the house the following day. “Without spending a night in the village, we decided then and there to buy Travara,” says Richard. “It just felt right.” On returning to Dublin, they discovered their apartment had been broken into. ‘It was completely destroyed,” says Richard. “That sealed the deal for us and we had it on the market within 24 hours.”

“It was a risk,” he continues “we were two gay lads moving to a country village, but I think we chose the right village. There were a lot of blow-ins here already and there’s a great mix of nationalities married in. We were very lucky to land where we did.”

There was an Indian restaurant renting part of the house when they bought it. “We thought we’d have the rent from that to tide us over for a while, but it didn’t work out,” says Richard. So the two lads threw themselves into redecorating the place, painting over the garish pink that coated all the walls and pulling up carpet tiles to reveal tiled and wooden floors underneath.

They opened for lunch in their first summer but by the end of the season had decided that the daytime trade wasn’t what they wanted. “The weather was shocking all summer and there was a lot of half soups, those kind of orders,” says Brendan. “We took a booking for a party, word spread and before long we were regularly catering for parties.” By the following summer, Brendan and Richard were running a busy nighttime restaurant. An award-winning pastry chef (he was on the Panel of Chefs of Ireland), Brendan was also kept busy with wedding cake orders.

Once a month they held jazz nights; dinner followed by entertainment from a band called Blue Velvet. “We pushed back the tables and chairs but it was always so packed there were people sitting on the stairs,” says Richard nostalgically.

Brendan and Richard are very much a part of the community in Courtmacsherry. Richard volunteers with the Tidy Towns; Brendan bakes for the local cooperative shop.

“It’s very important to have separate as well as shared interests I think,” says Richard. “We don’t live in each others pockets.” Brendan takes an art class every Monday in the village and Richard loves to go out walking with their dog Jack. “It works better if we both take Jack for a walk seperately,” he says. “He’s the winner getting two walks a day and anyway Brendan walks at twice my pace so I’d feel like the little wife struggling to keep up behind him,” he laughs.

Richard’s first dog ‘Guinness’, a gift from the village on his 40th, is buried on Blind Strand. “He was a poodle, the best little dog, he talked to you,” says Richard, who admits he cried for three months after Guinness died.

After their civil ceremony in Cork five years ago, the Courtmacsherry community threw a surprise party for the couple in the village.”We had no idea and we were delighted,” says Richard “as we had just had a very small celebration in Cork with 37 guests at the Ambassador Hotel.”

“We had initially gone to look at a venue in West Cork but on the way back my mother rang and the first question she asked was ‘who’s staying in Travara?’” says Brendan. “Obviously we couldn’t keep both families, so I thought ‘you know what nobody is staying with us because we wouldn’t get out the door’.”

“We would have loved to have had the wedding closer to home but it wasn’t an option,” says Richard “we would have been working up until the last minute.”

Over the years they’ve weathered a few storms; the smoking ban affected business and then the recession hit. Richard got a job in Penney’s to tide them over during the very tough years and they even went so far as putting Travara on the market. “I went straight to Penney’s after school and was one of the founders of the retail buying office in London, so I was sure of a job there,” Richard explains.

But all thoughts of selling Travara are now a whisper on the wind.

Today Courtmacsherry is a popular holiday destination and Travara is a thriving tearooms and bed and breakfast with customers returning year on year. While Brendan mans the kitchen, Richard looks after front of house and the administration side of things.

“The life wouldn’t suit everybody, but we love it,” says Richard.

“It works,” he continues. “And if it doesn’t, one of us takes the dog for a walk!” chimes in Brendan laughing.

To the tune of love

Mon Feb 4 , 2019
In the words of the great William Shakespeare ‘If music be the food of love, play on.’ Barry and Mary Kingston have been dancing to the same tune since they caught each other’s eye across a crowded pub on May 1, 1988. Barry was playing a gig with some friends […] 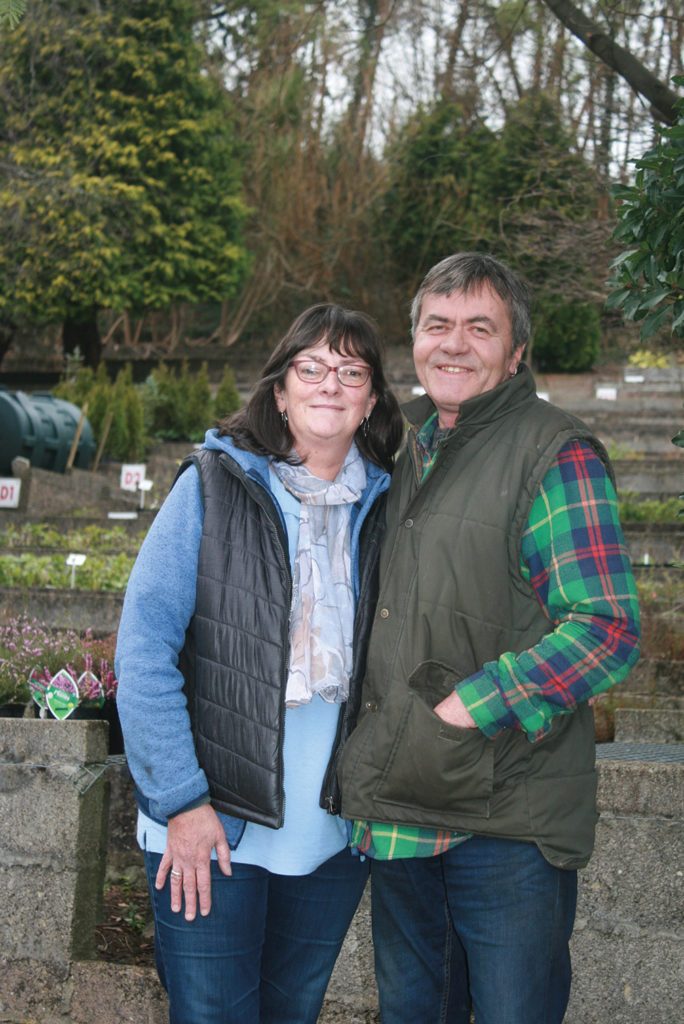