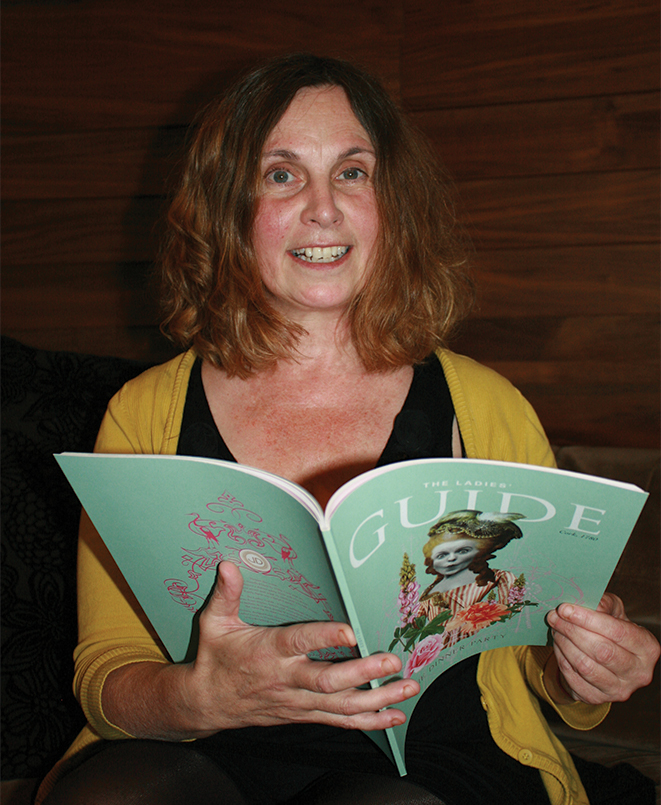 ‘The Ladies’ Guide to The Dinner Party’ is the first in a visual series of books tracing the social history of Irish women. Filled with quirky facts and stylish illustrations, it is ideal as a gift or a keepsake for those who like the curious and whimsical. The first issue is set in 1780s Munster and gives details relating to an evening’s entertainment.

The woman, writer, designer and illustrator behind this beautiful piece of work and young business is Jenny Dempsey,

A graduate of NCAD, Jenny spent 20 years working in the design and advertising industry in Dublin before deciding it was time for a change, a slower pace of life for herself and her then two-year-old daughter. Leaving the rat race behind, 12 years ago the lone parent moved to a “wreck of a house” in Bantry where she got to know her daughter and learned a lot about herself and what she wanted out of life. “It allowed me for the first time to spend quality time with my two-year-old daughter who had been spending way too much time in a creche in Dublin. She’s fourteen now and a fabulous girl. The house is fabulous now too,” says Jenny smiling.

Jenny’s relocation to Bantry happened at the start of the recession so the only type of work she could get at the time was small graphic design jobs.

“I thought if I could design one thing and sell copies of it that this might work as a business idea,” explains Jenny. With a passion for history and a penchant for ‘time travelling’, Jenny came up with the notion of creating a guide that would allow the reader to visualise social history. “The more I researched it, the more I realised that there was nothing like this available out there.

“I was struggling with the writing of it when someone I suggested that I try and do it as a Masters at a college so I’d have some support.”

So Jenny approached Cork Institute of Technology. “They liked my idea but they offered me sponsorship if I’d veer off course slightly and go back a hundred years to the 1800s.

“They asked me to work on a project called ‘Museum in a Box’, collecting and creating aretefacts and devising a puzzle workshop for schools. The Nano Nagle Place in Cork is currently using Jenny’s ‘Museum in a Box’.

“It gave me structure and a huge amount of support and I completed my Masters in Narratology (storytelling),” says Jenny.

“It’s amazing the amount of help out there if you just ask.”

After completing a Women in Business course with the Local Enterprise Office, Jenny got her business off the ground with her first print run print selling out after just a few months.

While the graphic design side of the business is busy, Jenny’s hope is to eventually be able to concentrate solely on her true love…creating social guides.

“Originally I was aiming the guides towards being more an educational tool but I discovered it’s more than that and by making them prettier and more gift-like has really made the difference…it’s become a business. Someone called it ‘history by stealth’, which I really like.  At times I feel like a detective.”

The Ladies’ Guide to The Dinner Party retails from around €15 and is available at Forest and Flock in Bantry, Bantry Bookshop, The Estate Office run by Bantry House, Green Dot in Clonakilty, Antiquity Bookshop Cafe in Skibbereen and also online at www.thebiscuitmarketplace.com – just search for ‘the ladies guide’. For details of other outlets email Jenny at jenny@jennydempseydesign.com.

Jenny has plans for seven other guides, writing a book a year and bringing the collection up to the 1920s. “It’s a concept that can travel worldwide,” says Jenny. “If I had a thousand copies of each book selling every year, I’d be really happy!”

Jenny’s next book is ‘A Guide to Marriage. “Set in the 1800s, it’s real Elizabeth Bennett territory, so I think will have a lot of appeal, as many people love Jane Austen,” she says.

Other work designed by Jenny include ‘Ellen Hutchins, Botanist of Bantry Bay’, and ‘Nora’s Story’, the tale of a 16-year-old-woman who came to work as a housemaid in Bantry House in 1903.

To view some of Jenny’s work, go to www.jennydempseydesign.com.

“I find history terribly exciting and the sharing of that joy is really lovely,” says Jenny passionately about her work.

Her advice to other women thinking about starting a business, “You’re never ready, so don’t delay; just get out there and do it!”

Tue Nov 5 , 2019
Yorkshire native Hayley Milthorpe set up her business The Cultured Food Company in West Cork in 2014 after realising there was a gap in the market in Ireland for live fermented foods, which support and enhance digestion. She launched a range of raw unpasteurised sauerkrauts. After qualifying as a nutritional […] 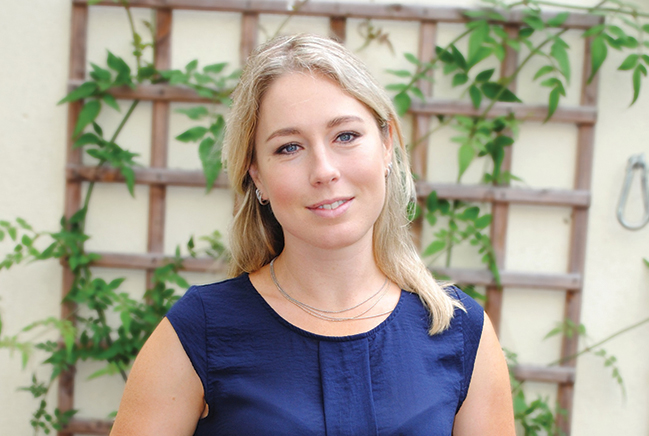