Patsy Puttnam speaks to West Cork People about her passion for the environment and trying to save it, her love of West Cork and her sadness at what her country of birth with Brexit is doing to her adopted country.

In 1988 Patsy Puttnam got her first glimpse of Skibbereen. She regarded the lush green meadows running down to the River Ilen and into the Atlantic and wondered why West Cork couldn’t be crowned ‘Europe’s Vegetable Garden’.

That was over thirty years ago when her husband David fell in love with the view from the farmhouse he had just purchased. The ususual part of this story is that he’d somehow failed to mention the purchase to his wife for a month; at the time Patsy was hoping they might look for a barn somewhere in Tuscany!

“That was then she says with a wry smile, sometimes you get what you need rather than what you think you want. I love admitting to this tale because it took a while for me to recover from the bombshell, I was a bit cranky for a while, but came to realise it was the best decision David ever made. So much so that 12 years ago I moved our principle home from London to Old Court and have rooted myself in West Cork, it’s soil, its community and it’s people.

“It’s a place that seems to magnetise talent. This tiny corner of the globe is literally buzzing with creativity, whether in music, song, in its stories, it’s painters, sculptors and the alchemists that are its food producers. The mix is simply astonishing.

“I lived in Hollywood for a number of years, and in my view it cannot hold a candle to the amount of artistic imagination to be found here.

Patsy’s tone turns defiant. “I guess this is why last September, Patricia Mallon my colleague and friend and I, turned environmental activists, after agreeing that Climate Change was a given and had now morphed into a climate crises.

It seemed time to wrap our common sense around the whole issue of plastic production and the single use plastics that are daily clogging and chocking our rivers, oceans and marine life.”

‘We are facing a man-made disaster on a global scale and we have to defeat it’ says the most trusted man on the planet David Attenborough.

With this as their mission statement, Patsy and Patricia worked with Aidan Shannon to produce a Plastic Seminar in LissArd, as part of the ‘Taste of West Cork’ food festival.

“We were utterly blessed with five of the most impressive speakers imaginable, people whose environmental passion was fighting for the wellbeing of our planet, and who were prepared to impart their wisdom on the innumerable misunderstandings swirling around this complex issue,” explains Patsy.

“Even today, a year later, I cannot fathom how these tireless environmental powerhouses so spontaneously agreed to give up valuable time to join us.

Fifteen years earlier Patsy become aware of a growing problem in the fashion industry after coming across a statistic that revealed we were habitually buying and discarding clothes within three months of purchase.

“At the time I was running my own boutique bespoke business working mainly with lovely antique fabrics. When I brought this fact to the attention of a very successful fashion college in London, I felt a bit of a chill come over the room, almost as if I’d revealed myself to be suffering from a contagious disease; so from there it wasn’t too much of a stretch to engage with a full scale environmental battle to protect our children and grandchildren.”

Coincidentally, as the Plastic Seminar was being put together last year a rearguard action kicked-off by Save Our Skibbereen to fight a planning application for a plastics ‘nurdle’ factory just outside Skibbereen, adding a sense of urgency to everything Patsy and Patricia were trying to achieve.

“Sadly I’m now watching my country of birth about to inflict severe pain on my adopted home – fully aware that it is the agricultural and environmental aspects of West Cork that could become most affected – it honestly makes me weep – I only wish I could do more, but have a feeling that in the long run it will be the UK that suffers most.”

Twig in the community – helping to make change

Tue Sep 10 , 2019
One year on from opening its doors and Cork’s first minimal waste store Twig-Refill is slowly but surely helping to change the way we think and shop.  Plastic, packaging and waste have become ‘dirty’ words with the climate crisis facing our planet. This shift in thinking and move away from […] 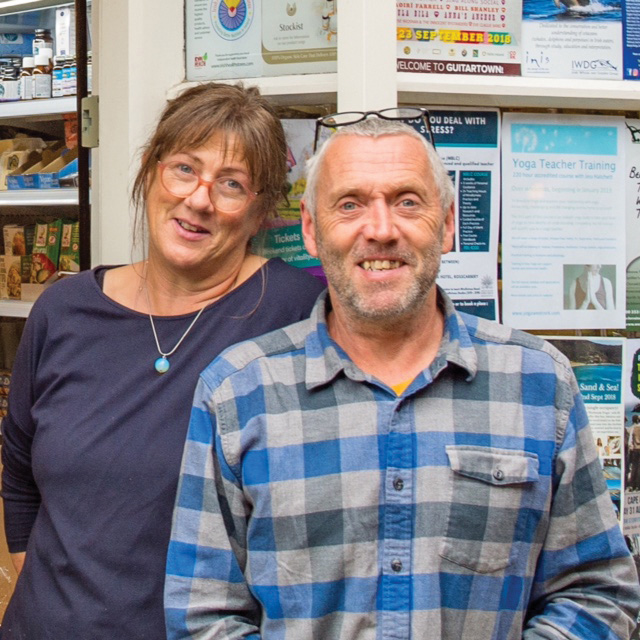