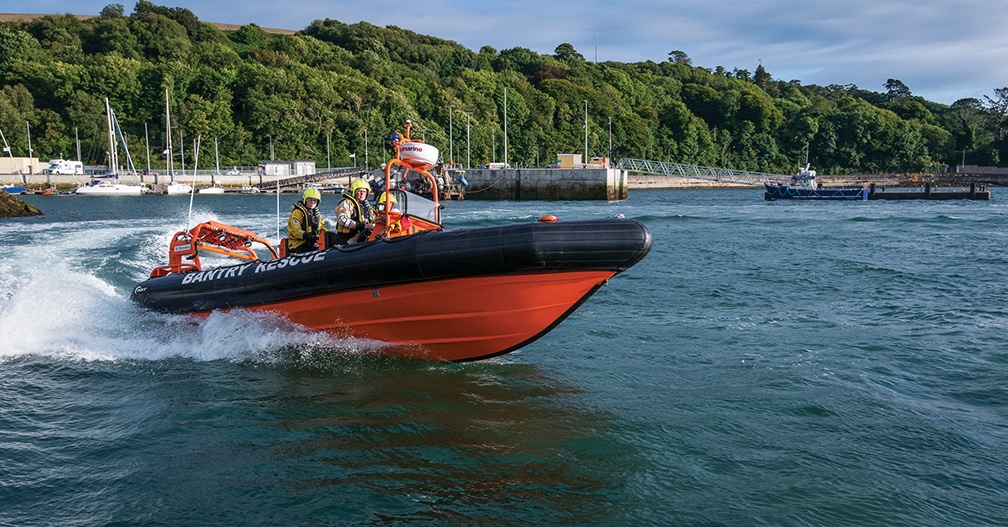 Bantry Inshore Search and Rescue association was set up in 1987 after a local drowning tragedy. The community rescue boat gets between eight and 12 call outs per annum.

The Community Rescue Boats Ireland (CRBI) is a nationwide group of independent voluntary rescue boats, which are trained and administrated by Irish Water Safety.

Operations Manager at the centre Shane Begley is also one of the coxswains on the boat.

The Nautical Principal of the Irish Sea Fisheries College in Castletownbere and an international kickboxing referee, Shane has been involved with the community rescue boat in Bantry for the past 19 years. Prior to that, he spent 15 years in the Merchant Navy.

Entirely dependent on volunteers, “the role of the association,” explains Shane is water safety and providing a rescue service that can respond to incidents on the water from Bantry Bay to south of Adrigole. With the closest RNLI lifeboat an hour away in Castletownbere, the role of the search and rescue boat is of paramount importance to the local coastal community.

“We’re also the fastest way of getting an injured person off of Whiddy Island or to get a doctor or paramedic on to the island to provide medical attention. We responded to such an call this year.”

There are approximately 24 people today from the local community who volunteer with the service, comprising management, shore and boat crew.

Members must carry pagers with them always and “the typical call out time from the pager going off to getting the boat on the water is 12 minutes,” says Shane.

Members of the group train every Monday evening all year round and are available on a 24/7 basis. “Depending on the way Christmas falls, we could be training on St Stephen’s Day,” says Shane. “Bank Holidays don’t come into it…if it’s a Monday, we’re out training.”

Fundraising and recruitment are always a challenge but Shane explains that, “the organisation has really progressed in the last 20 years and the state-of-the-art boat is purpose-built for Bantry Bay.”

There are a number of common mistakes made by the public that puts their safety at risk. “Going out on the water on your own, not wearing a lifejacket and not heeding weather warnings are all common mistakes,” says Shane.

He advises keeping away from exposed coastal locations at this time of year and if you are going open water swimming to make sure you have a proper support network in place first. “You have to be aware of your environment and your own limitations,” he says. He also recommends keeping in mind that the same rules apply on the water as on the road – so stay safe this Christmas and don’t drink alcohol and go out on the water.

Anyone interested in volunteering (over-16) can call in to the boathouse on the railway pier in Bantry on any Monday night at 7pm.

The next fundraiser for the Bantry Inshore Search and Rescue association is the annual carol singing night in Bantry House on December 8, from 8pm. All welcome.

Tue Dec 10 , 2019
“If you can imagine it, you can achieve it. If you can dream it, you can become it”: A quote that holds particular weight when it comes to the achievements of Leap man Danny Crowley, who recently took home an Emmy for his sound-mixing work on the world famous HBO […] 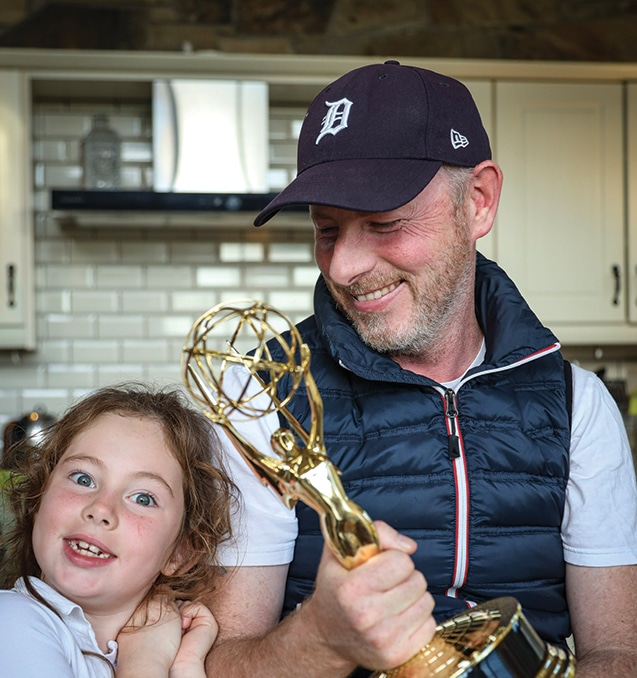