Mother and daughter, Jennifer Corcoran and Athena Corcoran-Tadd from Ballydehob joined the crew of a 100-year old, two-masted schooner transporting cargo-under-sail last January. As a result of the pandemic, what started out as a two-month journey turned into a challenging and eye-opening seven months at sea. They returned in July with a new appreciation for why supporting local is so very important to our future. This is their story.

We returned at the end of July, having sailed 16,782 nautical miles on the Avontuur, a refurbished 100-year old, two-masted schooner transporting cargo-under-sail.

We are mother and daughter, film writer/director Jennifer Corcoran and composer/performer Athena Corcoran-Tadd from Ballydehob. To support their ‘mission zero’ of reducing maritime shipping emissions, we joined the Avontuur as crew in January 2020.

Cargo-under-sail is a clean way to transport goods. But sailing takes time, which is inconvenient. How tied is convenience to consumerism? Would we all consume less if we had to wait longer? And, consuming less, produce less waste?

Shipping a total of 64 tons of cargo (organic coffee, cacao, rum, gin and olive oil) we sailed, fifteen people from six countries, from Germany to Tenerife, across the Atlantic to the Caribbean. We loaded cargo in Honduras, Belize, Mexico and the Azores, sailed up the west coast of Ireland and back to Germany.

We had planned to join the voyage for only two months, Germany to the Caribbean. But the unexpected happened. We were on the ship for seven months. For four of those months we did not step ashore.

There is no Internet at sea, no phone connection, no news updates. We received a satellite message halfway across the Atlantic with news of Covid-19.

This meant no crew change, shore leave or even repatriation. Our scheduled ports of call were locked down, though fortunately still open to load cargo. But no one had permission to leave the ship. On land, lockdown meant isolation. At sea, we were stuck together, but locked out.

The voyage was challenging.

Ten of us shared an unheated, open space where privacy consisted of bunks with curtains. The bunk was so low that Jennifer couldn’t sit up to read a book. If Athena talked in her sleep, everyone – especially Jennifer just above her – would hear.  Our bunks became our own little worlds, complete with a flock of hanging wet socks. And we slept deeply in short shifts, exhausted from hauling lines to raise sails, endless maintenance and helming for hours.

Teamwork equates survival on a ship so we had to prioritise the group’s safety and wellbeing. One person’s mood – good or bad – would affect us all. Any tensions had to be addressed and resolved immediately: there was no closing the door or walking away. We both found that humour was key.

Fresh water was at a premium – hot water was not even an option. Showering, laundry and dishwashing were done on deck with buckets of seawater (no matter the temperature). Showering became a well-planned, occasional and invigorating event.

We discovered that it is possible to live with (a lot) less. And how to improvise when you run out of toothpaste. Stitching a torn sail, splicing a frayed rope – we learned that nothing is ever truly broken. So we patched our clothes, sewed shoes back together, re-glued broken glasses.

The voyage was eye-opening. We saw many things that are mostly unseen.

Considering the Avontuur’s ‘mission zero’, we were particularly aware of container ships, struck by the visible pollution pouring from them as they ploughed forward at high speed regardless of wind and wave direction. There are up to 60,000 container ships at sea, daily.

We were shocked by the density of oil-rigs in the Gulf of Mexico, fully illuminated day and night, enormous flame-jets burning off waste gas. Just south of the Canary Islands, we rescued sixteen West African boat people. Along the Grand Banks of Newfoundland we encountered a long current of dead fish, eyes popping, mouths agape – the by-catch from fishing trawlers. In the middle of the North Atlantic, flotillas of Portuguese man o’ wars floated by, interspersed with plastic waste.

We were overwhelmed by the speed at which our rubbish accumulated even though the Avontuur provisions sustainably. A mountain of packaging grew until we could recycle it on land. Since our return, we are more conscious than ever of what we buy and how it is packaged.

And the voyage was wondrous.

Athena had expected the sea to be black at night. Instead, we witnessed huge swathes illuminated by bioluminescence – flashes in a bucket of seawater, clouds of it in our wake. Whale blows and sleek backs hinting at so much unseen beneath the surface. And one night, while becalmed in fog, four Minke whales, illuminated only – but completely – by bioluminescence, dove back and forth beneath the ship leaving trails of light behind them. The complete dome of stars curving to the horizon. And the breathtaking green of land seen after 50 days. We returned with the conviction that no choice that any of us makes is insignificant.

As we enter the holiday season and the shopping list lengthens, we are resisting the temptation of convenient purchases on websites like Amazon. More than 90 per cent of goods are transported across the globe in the very container ships we saw. ‘Made in China’ makes its way from China by sea – to West Cork. With high greenhouse gas emissions, whale strikes, marine and coastal pollution, the existing container shipping industry is destroying our oceans, and our local economy.

Jennifer noticed in last month’s West Cork People that many local shops are now online. Can we reimagine our holiday gift buying to support local growers and food producers, shops and artists?

We are privileged to have quality options available to us in our corner of Ireland. We can do our part to conserve them. Where and how we choose to spend our money has a huge impact.

And when it comes to holiday feasting, look at the labels, see where items are coming from. Bananas shipped from Costa Rica? Considering the seasonality of foods and what is locally available is another way to support local growers and minimise the carbon footprint of your dinner plate.

Any traveller returns changed. But this time we also returned to a changed world – a strange, brave, new world.  We didn’t bring any tangible souvenirs back with us, but we did return to West Cork with a fuller appreciation of clean air, water, community – and beauty.

And it’s all local.

Reaching for the bigger picture

Mon Dec 7 , 2020
For Kate Arbon, Christmas has become a very sacred time to spend in solitude. The West Cork astrologer loves the freedom of no pressure or expectation and finds a special peace in being alone and inwardly focused at such a busy time of year. “I don’t really ‘do’ Christmas in […] 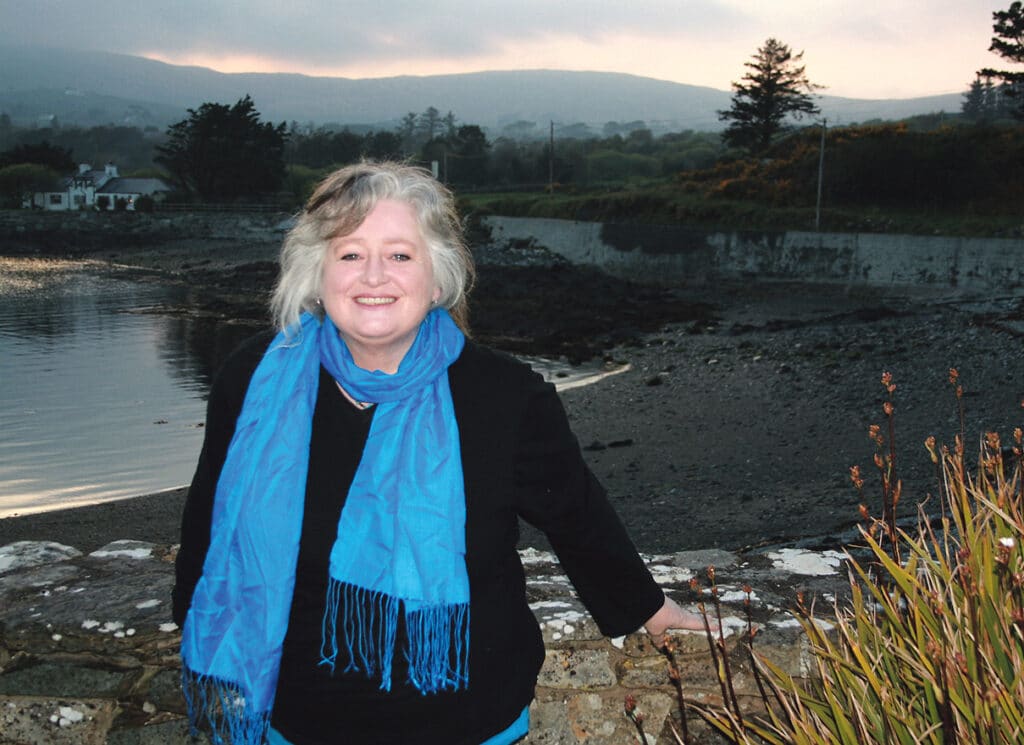