Strong men, a mobile farm, top prize money, a young people’s art competition, a dog show and a jiving competition are just a few of the highlights at this year’s Clonakilty Show, which promises a mini wonderland at the Show Grounds in Clonakilty on Sunday, June 9.

Whatever else you may find at the Show Grounds, Show Day is really all about the animals, with frisky calves being paraded around the ring by their proud owners on their first day out at the show. Foals as young as two weeks old can be admired while fully-grown horses will be there in all their glory, groomed with manes and tails plaited, each hoping for a coveted rosette. Gerard’s Mobile Farm will allow young people to get up close to farm animals.

The dog show is one of the most popular attractions every year with breeds from sheepdogs to St Bernard on show. There are classes for all types of dogs, small to large to rescue dogs. There are also some novelty classes including ‘Best Dressed Dog’, the ‘Dog most like its Owner’ and this year to encourage more young people to get involved in shows, the ISA have organised a special class ‘Best Dressed Small Animal or Bird’. Entries for the Dog Show will be taken by the Ring Side from 1.30 pm onwards.  There are also three qualifying classes where the winners can go on to an All-Ireland Finals.

This year’s Clonakilty Agricultural Show will feature The Castlefreke €2,500 Breeders Championship sponsored by Stephen Evans Freke, Horse Sport Ireland and Clonakilty Agricultural Show for the second year. The winner of last year’s competition was PJ Lehane from Castleview in Clonakilty who walked away with the top prize of €1,000, trophy and rug and a further €300 for the breeder of the winner. Entries are open to mares, four-years-old and upwards registered in the Irish Horse Register. Each mare and foal will be judged as a Unit (Mare 40 per cent Foal 60 per cent).

To top this, there are two other classes at the show carrying a prize fund of €1,500 each – the foal championship kindly sponsored by Internal Affairs, Interior Design Consultants and the yearling championship sponsored by KC Civil Engineering.

Clonakilty Agricultural Show boasts of having the largest number of classes in any show in the region with 42 horse classes, 27 pony classes and four driving classes paying out a total prize money of €20,000.

In the cattle section, there are 77 classes from dairying to beef and the coveted class of course is the Dubliner Cheese All Ireland Heifer in Milk, which carries a prize fund of €1,350 sponsored by Carbery A total of €10,000 will be paid out in the cattle on show day.

In the sheep section there are classes for all breeds Charolais, Scotties, Suffolks, Texels and Zwartables.

Back in 1913, the show boasted of having one of the top exhibits of fowl in the country. Of late we have seen the disappearance of fowl from every farmyard in the country but the rekindling of the spirit of self-proficiency has seen the return of fowl to shows around the country with some rare and common breeds and no doubt this year, the exhibition will be larger than ever under the capable hands of Tadhg Healy.

The indoor section has 119 classes from Home Baking to crafts, flowers and plants and a special section for young people.

Not to be missed is the Young People’s Art Competition, which is a source of inspiration and shows how talented our young people are and how creative our school and play schools have become.

If you want to see what really strong men can do, then expect a jaw-dropping battle of strength with competitors from all over Ireland doing everything from lifting tyres to flipping cars at Clonakilty Show!

Lifting cars isn’t for everyone but if you’d like to burn off a few calories, Tom Jive of ‘Arrive and Jive’ fame will be holding a one-hour workshop followed by the West Cork Jiving Competition from 2pm. Special guest is Christopher King – 2018 Finalist in Ireland’s Got Talent Competition.

Clonakilty show is where the action is on Sunday, June 9. Family admission €20.

A review of the 2018 Show is available to view on youtube. Of particular interest is Part 3, which discusses Farm safety and has a very important message ‘Never put off until tomorrow, what you can do to-day’, This is highlighted by one of the speakers on the youtube clip, who lost a leg in unguarded pto shaft. Well worth watching.

Tue Jun 4 , 2019
Bantry Kupala Festival, now in its third year, celebrates the diversity and multitude of cultures to be found in Cork.  On Sunday, June 23, Wolfe Tone Square in Bantry will be transformed into a riot of colour, sound and activity with performers from as far away as India and Mexico, […] 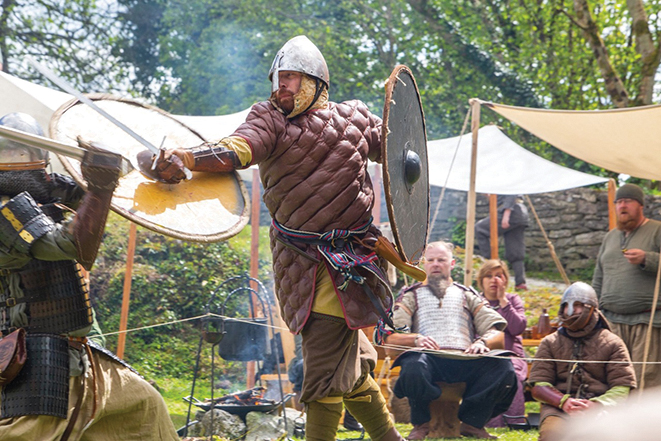