Imagine growing up in a town that one of Ireland’s largest circus families called home. That was the case in the 1940s and 1950s when Duffy’s Circus set up its winter base in Dunmanway, West Cork. Dunmanway locals share some fond memories of this time with Sandra Maybury.

Duffy’s Circus Depot at Doheny Lane in Dunmanway provided employment for many locals during the winter months – maintaining the trucks and equipment and preparing for the next season on the road, as well as tending to the many animals on site, including tigers, lions, elephants and horses. From Easter, for six months of the year the circus toured around Ireland and up to the North of Ireland. The other six months were spent in West Cork.

Mary Cotter grew up on Chapel Street in Dunmanway and remembers what is was like when Duffy’s was in town: “There was such excitement when the circus returned to town at the end of the Summer.” Mary recalls meeting Betty Fry and Annie McCormack at school; both of their parents worked and travelled with Duffy’s circus. Annie was a performer and Mary would watch Annie practise her routine on the tight rope. “Everything was so colourful, the tents and wagons were painted in bright blue and red. I could hear the lions roar, as they were being trained,” says Mary. She also recalls seeing the elephants being walked through the streets to the lake for a drink of water daily. “I remember thinking how big the elephant was and also how slow she walked, it took two men to bring her along.”

Another story Mary and others shared was the day of the Duffy family wedding.  In 1951, three members of the Duffy family, brother and sister John James and Annie Duffy and their first cousin Marian Duffy, were wed in a triple wedding ceremony at St. Patrick’s Church, Dunmanway. John James married Eva Rexon, a member of the popular circus act, The Flying Rexons. It was a multinational affair as Annie’s groom, Paul Hamilan hailed from Paris, France and Marian’s groom was Edward Rose from Brussels.

After the ceremony, a guard of honour was formed by a number of painted clowns. The couples travelled by horse and carriage through the town before attending the wedding reception at St. Patrick’s Hall. Many can still recall the excitement and celebrations in the town on that day. The couples threw coins to the children who lined the streets to congratulate them. The throwing of coins was a tradition believed to bring good luck to all. Mary was invited to join the wedding reception, which she described as a marvellous day. “We were amazed by it all.  It was such a big party, all the school children were given sweets and lemonade and ice cream made by Mrs Barbour.”

Norma Deasy recalls stories her mother Nancy shared with her about the Duffy family and how fantastic they were for the town. Deasy’s had a shop in the town, next to the Broadway Cinema, and Norma remembers her mother telling her how Mrs Duffy would come into the shop before going to the movies, dressed in the most amazing fur coats and beautiful dresses with stunning gold jewellery. They would buy boxes of chocolates, which for most families at the time, was a treat kept for a special occasion or Christmas. “They were very generous people.”

The Duffy family were also religious and before setting off on their tour of Ireland, they always invited the local priest to the circus site to say mass, to bless all the performers and their families and to keep them safe on their trip.

Dunmanway is special to the Duffy family, with the final resting place of some of their loved ones at St. Patrick’s graveyard and likewise Duffy’s will always hold a special place in the heart of West Cork.

‘Know Your 5K’ to discover the heritage that surrounds us all

Mon May 11 , 2020
A new initiative from the Heritage Council and National Museum of Ireland invites you to share your discoveries and insights about the hidden heritage of your locality. Due to Covid 19 we have all become much more familiar with our immediate locality. This can help us to see things in […] 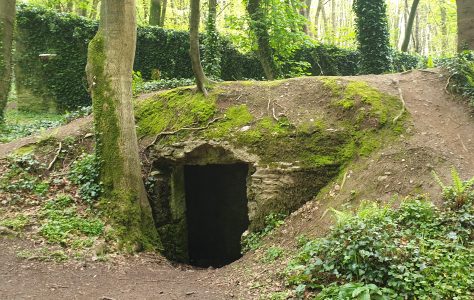