Ireland South MEP, Billy Kelleher has said that yesterday’s vote by the European Parliament’s AGRI Committee to extend the current CAP rules by two years, and to demand a stronger budget should be taken up by the Minister for Agriculture and championed at EU Council level.

The Fianna Fáil MEP was commenting after the Agriculture and Rural Development Committee voted on a report put forward by his Renew Europe colleague, Elsi Katainen from Finland that extends the current Common Agricultural Plan by an additional two years to give stability and certainty to farmers.

“Importantly, the report passed by the Committee also calls for a strengthened budget. This is something that is desperately needed by rural communities – not only because of depressed prices but also because of the economic hardship that the Covid-19 pandemic will bring.

“Farmers want and need regulatory stability and financial certainty if they are to invest in their futures, and also protect their livelihoods. Now more than ever, food security is on the agenda – without farmers, there is no food let alone security.

“This decision will only matter if it gets approved swiftly by the Council, and I am calling on Minister Michael Creed, the current Irish Agriculture Minister, to take up this opportunity and seek support from across the other 26 member states.

“Right across Europe, farmers and rural communities are suffering. Not only do they need to know what rules will apply to them from January 1, 2021, they also need additional funding. If we want farmers to help deliver a climate-neutral Europe, they need to be in a financially strong position – this proposal gives that ambition hope.

“The European Parliament has done its job. It’s now up to national governments, Ireland included, to do theirs,” concluded Kelleher.

Wed Apr 29 , 2020
Scholarships to help promote women senior roles launched at UCC  A little over two months ago research from by the 30 per cent Club reported that tangible measures have been taken by Irish business to promote gender diversity and inclusion. Data over the 2015-2018 period illustrated the progress being made. […] 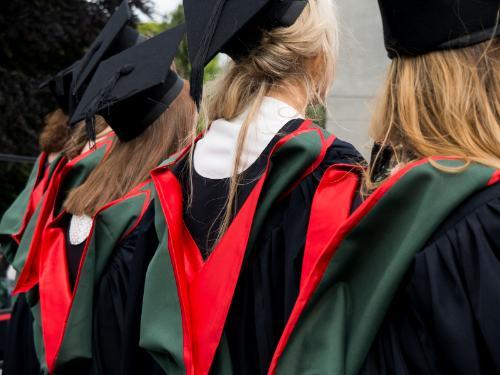