Moze Jacobs looks into the benefits of agroforestry

Not so long ago, trees, hedgerows, coppices, and shrubs were a natural part of the Irish (agricultural) landscape and taken for granted. Now, these features are rapidly disappearing or have disappeared in many places; to the detriment of biodiversity and the environment, the beauty of the landscape (and thereby to tourism), and a certain quality of life.

However there are movements in the opposite direction. Farming for Nature is an independent, not-for-profit initiative, which aims to support high nature value farming in Ireland. The initiative aims to acknowledge and support those farmers who farm, or wish to farm, in a way that will improve the natural health of our countryside.

Agroforestry is also advancing, particularly Silvopasture, the combination of trees and livestock on the same land. According to Teagasc, it is ‘generously funded under the Afforestation Grant and Premium Scheme’.

Eugene Curran plays a pivotal part in the latter. He is a Forestry Inspector at the Department of Agriculture, Food and the Marine, based in Skibbereen. Twenty years ago, he was involved in putting together the Native Woodland Scheme.

“I figured there was a strong emphasis on commerciality and less so on environment and social action. We managed to get a scheme up and running that focused on the conservation and establishment of native woodland,” he explains.

His bread-and-butter job is to process planting and felling applications and to look after tree health in his district. Promoting agroforestry is his passion. He sees it as a win-win-win situation. “The trees help to intercept siltation coming off the surface of the land and to introduce biodiversity through invertebrates and birds. The foliage increases the organic matter in the soil and thereby the number of worms, beetles and insects. Carbon is sequestered and branches can be used as firewood (biofuel).”

He explains that more trees will improve the health of animals. “Cattle didn’t evolve on billiard table-type grass. Or in a shed. They are never happier than in amongst some trees that provide shelter from sun, wind, rain, sleet and snow. There is a field near Dromillihy wood with a tall oak tree. I remember that on a very hot day it cast a pencil-like shadow across the field. All the sheep were just strung along it. Quite extraordinary. Look at the likes of willow – there is salicylic acid in the foliage, it’s like aspirin, and when sheep are sick they will feed on it to get better.” And there are other benefits. “Trees actively help to drain the land, eliminate rushes, protect watercourses and wells. They introduce birds that will feed on insects, which protects crops. Lambing mortality could be halved when sheep have access to trees. Farmers should be totally made aware of that. The tree that pays is the tree that stays!”

He thinks some changes should be made to the system. “All these environmental schemes are coming in, encouraging people to plant trees, and yet the basic payments system can penalise farmers for having copses of trees or shrubs. There is no point in planting little trees here and there if big trees are taken out that are protecting watercourses and capturing carbon etc. The retention of trees on farms needs to be encouraged.” To him, trees are a comfort. “I have my own little woodland and I’m never happier than when I am in there, surrounded by wildlife. The amount of money we could be saving the Department of Health by just advising people to go for a walk in the fresh air in the woodlands!”

Eugene started to run agroforestry trials with local farmers around West Cork in 2015. “It was very slow at the beginning, people were sceptical. Now more and more farmers are buying into the concept.”

At a recent well-attended agroforestry conference, the Irish Agroforestry Forum was set up and will go ‘live’ within a few months. Members include the National Organic Training Skillnet and Queen’s University (Belfast); and Trees on the Land (Ballineen), whose founder, Imogen Rabone, has been instrumental in planting over one million trees across the island of Ireland. “There is a huge diversity of tree-planting styles in agroforestry,” she says, “which benefits biodiversity, habitats. And farming.

“With forestry, we always look at cramming trees in tight, rapid growth, but there is real value in trees on open ground. The trees will get more light, more space. A good sustainably-managed system will allow for high-quality timber. It is possible to apply proper thinning systems, take premium trees out. And don’t forget coppicing, which implies cutting (and harvesting) some of the stems and allowing them to regrow.

“But agroforestry doesn’t have to involve timber production. Protecting existing trees is vital from a biodiversity point of view. Figures suggest that a mature oak tree supports up to 1000 species. Many we wouldn’t even see. Insects including butterflies, beetles. lichens and fungi, birds and mammals. Bluebells might grow underneath other rare plants. And then what’s going on below the soil. Worms, beetles, bacteria, fungi again.

“A tree is part of an ecosystem; an interdependent web. Mess with it too much and it will come apart. Agroforestry isn’t something new. It is about not putting all your eggs in one basket. The more diversity of habitat, the more resilient an ecosystem is and ultimately, your farming ecosystem. And income.”

Tue Jun 8 , 2021
Continuing the theme from last month, BirdWatch Ireland (West Cork Branch) committee member Fiona O’Neill, writes on her passion for wildflowers. During the past year, many people have become more attuned to birdsong and the presence of birds in their surroundings. Early summer is a good time to turn that […] 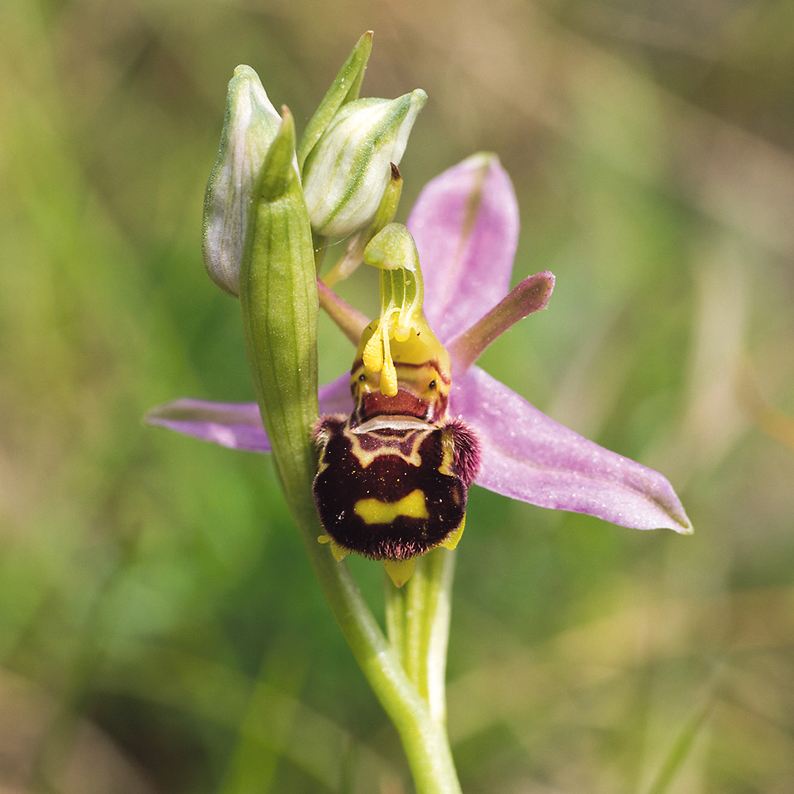