Across the world, people, especially young people, are holding their governments to account to protect their own future and that of future generations.

On July 31, 2020, seven Supreme Court Judges in Ireland ruled to quash the Government’s plan to mitigate against climate change, stating that the plan did not hold enough detail for a regular person, like you or I, to judge whether it is ‘effective and appropriate’ for it’s objectives, to transition Ireland to a low carbon and environmentally sustainable economy by 2050. The court stated that the law requires that the plan be ‘Transparent’ to any reasonable and interested member of the public.

This ruling in Ireland is the second such landmark decision in Europe.

In December 2019 a Supreme Court Judgment of the Netherlands stated that the Dutch Government has an obligation to actively prevent climate change in order to protect the fundamental human rights of its citizens.

With similar cases pending in France, Belgium, Sweden, Switzerland, Germany, the United States, Canada, Peru and South Korea, it appears that the people, and especially the young people, have recognised they have a compelling legal argument for enforcing swifter greenhouse gas emissions reductions by national governments, especially if they use existing human rights legislation.

In Ireland the case was brought by Friends of the Irish Environment (FIE) and the court ruled that the government had broken the law by failing to specify how it would achieve climate mitigation, but did not support FIE’s claim that the plan violated human rights.

The National Mitigation Plan must now be rewritten; and as the new government has committed to an average seven per cent per annum reduction in overall greenhouse gas emissions from 2021 to 2030, equivalent to a 51 per cent reduction over the decade; and to achieving net zero emissions by 2050, the detailed roadmap of ‘how they will achieve this’ must be laid out, in a way that is transparent and that the public can understand. Once this has been decided at National level the County Councils will also have to rewrite their plans; also with greater detail.

Net zero emissions means that all man-made greenhouse gas emissions must be removed from the atmosphere through reduction measures, thus reducing the Earth’s net climate balance, after removal via natural and artificial sink, to zero. If all countries did this, humankind would become carbon neutral and global temperature would stabilise.

This has implications for the County Development Plan and for Planning Decisions. Administrative decision makers will now have to properly consider climate change impacts in the approval of largescale projects such as Out of Town Shopping Centres, Incinerators, or the proposed Liquid Natural Gas Terminal that would import fracked gas through Cork Harbour. The Development Plans will also need to more carefully consider and detail infrastructure changes such as are needed for transport or for remote working in order to reduce the volume of traffic. They will need to consider and detail plans for maintaining peat bogs, flood plains, broad leaved woodland and for protecting Kelp Forests, all of which are natural carbon sinks.

FIE had also made arguments that the substance of the Plan would not be sufficient to combat climate change and thus violated the right of the citizen to a healthy environment; however the Court did not uphold this claim because FIE is a corporate entity, not a human person, and as such could not claim to enjoy rights to life or bodily integrity that might be infringed by environmental damage. A corporate entity, the judge stated, could not raise these arguments.

The court also declined to recognise a specific right to a healthy environment, stating that this was too vague and it would be too hard to specify what the right might contain or require.

Significantly, and in common with cases in other countries where the plaintiff, often a NGO, has lost a human rights argument, the judgement indicated that had the plaintiff been a named individual, or group of named individuals, whose bodies and lives are affected by environmental issues then there may have been a different outcome.

Recovering from the current pandemic presents an opportunity for countries to completely overhaul political, economic and societal systems, with the potential to be extremely beneficial in mitigating against climate change.

This Landmark Case clearly signposts the public in Ireland towards just how to hold the Government to account in their efforts to build a safer and more sustainable Ireland after the COVID-19 pandemic.

What do SOS, Pope Francis, Michael Collins, Northern Ireland and Sister Majella Our Lady of Apostles (OLA) all have in common?

Wed Aug 12 , 2020
Fiona Hayes delves deeper into the government’s policy to ‘promote’ mineral exploration and finds that currently 28 per cent of the land in Ireland is under licence for mineral prospecting. In fact most of the land here in West Cork is either ‘open for licence’, ‘open with exploration incentives’ or […] 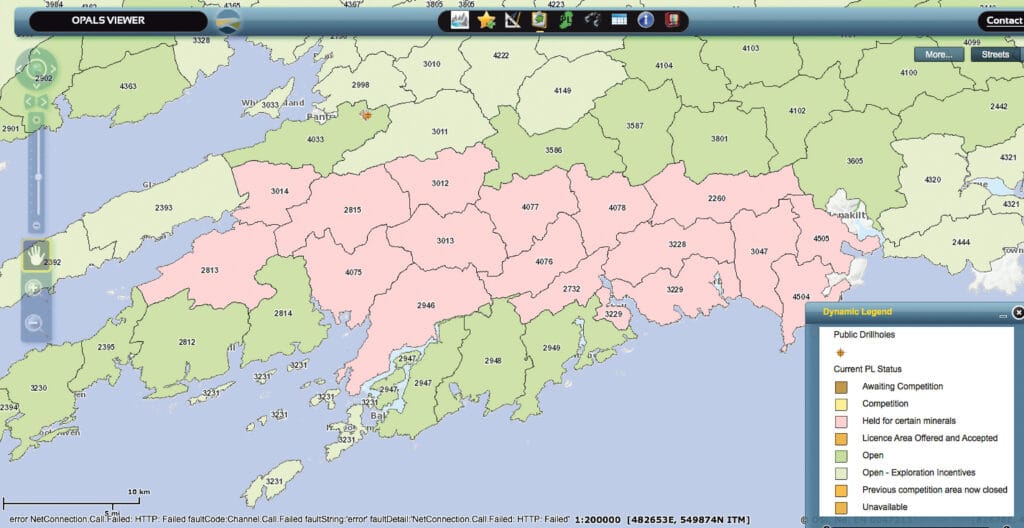