It has been a busy few weeks for the Environmental Protection Agency (EPA) and unfortunately, it hasn’t been good news for the state of Ireland’s nature. Almost half of our rivers and lakes are now polluted and almost a fifth of them in ‘bad’ or ‘poor’ condition, according to the agency’s latest report on water quality. Pristine rivers in Ireland have dropped dramatically from 500 to just 20 in the last half century.

The results are shocking but unfortunately, they don’t come as a surprise. Ireland’s natural heritage has been in decline for as long as I can remember and we have only recently had a government that has made it a priority.

Agricultural run-off, in particular from nitrogen-based fertilisers, impacts more than 1,000 of our waterbodies and the south coast is more affected than anywhere else due to the intensification of modern farming. Ecosystem collapse is the single greatest threat to the future of farming in this country and it’s clear that for a liveable future in farming we need to find better balance with nature.

Historically there has been little political will in Ireland to tackle our environmental problems head on. Too often, successive administrations were happy to avoid any concrete environmental action and to wait for the European Union to slap us with million euro fines for not tending our own garden.

This has led us to the situation we are in today where we are taking drastic action to fight back against declining environmental standards, water quality, as well as climate change. A new River Basin Management Plan will help to tackle issues such as inadequately treated sewage. We are also putting record levels of investment into water infrastructure. Places like Castletownbere and Cobh have benefitted directly from an end to pumping raw sewage into the sea, but 32 places in the country are still doing this for lack of any alternative.

Things might be looking brighter for our oceans however given recent action at EU level.

The European Commission just closed off about 16,000km2 of Irish deep-sea waters to human interference due to the presence of vulnerable marine ecosystems. In the European Parliament my team and I had a hectic few weeks negotiating a resolution for a strong EU position on marine protection ahead of the upcoming climate talks at COP27. The ocean produces half our oxygen and absorbs a third of CO2 emissions so it is imperative that Ireland, as an island nation, plays a leading role in protecting it.

In the European Parliament there is no government or opposition, so we have to build partnerships and alliances with many different parties to get legislation over the line. It makes for tense arguments, but often means a refreshing break from party politics. In the case of the resolution on ocean protection, the process worked well and we achieved language calling for strong governance of our oceans, including a ban on gas and oil drilling in the Arctic and an end to bottom-trawling in Marine Protected Areas.

There are a few fights on our hands coming this year however. The government is to designate 30 per cent of our waters as marine protected areas by 2030 and this will not be easy given the size of our marine space. The coming EU Restoration Law will be very ambitious and will require us to restore our many failing habitats and ecosystems to healthy status. In Ireland, given the latest reports, it is clear that this will be an uphill challenge.

Tue Nov 1 , 2022
We arrived into Amorgas, the third of the Cycladic islands that we have visited on this trip, late last night. We kind of ended up here by default after the ferries were cancelled due to extreme wind. This turnaround of our plans had the man in the ferry ticket bemused. […] 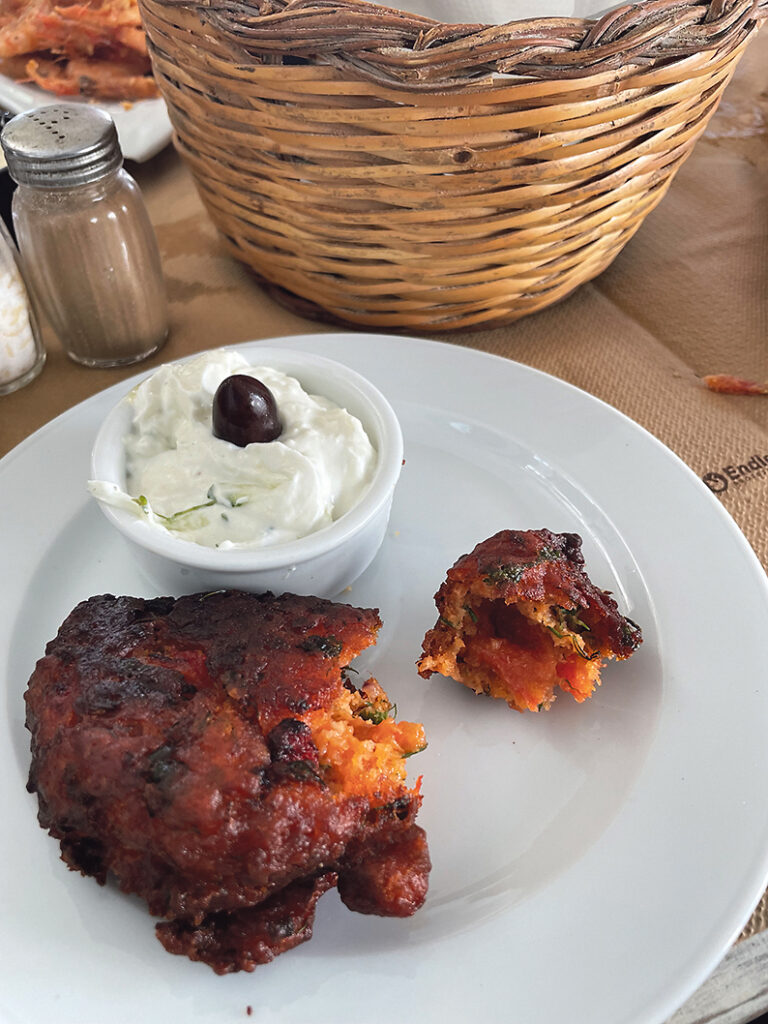