Twenty-nine years ago, during the first two weeks of June 1992, at the Earth Summit in Rio de Janeiro, more than 178 countries adopted Agenda 21 – a comprehensive plan of action to build a global partnership for sustainable development to improve human lives and protect the environment. It was agreed that this comprehensive ‘plan of action’ would be adopted globally, nationally and locally by organisations of the United Nations System, Governments, and Major Groups in every area in which humans impact on the environment.

At the Earth Summit in Rio de Janeiro it was recorded that achieving sustainable development would require the ‘active participation of all sectors of society’ and all types of people and documents formalised nine sectors of society as the main channels through which broad participation would be facilitated in UN activities related to sustainable development. These nine sectors are officially called ‘Major Groups’ and include the following sectors: Women; Children and Youth; Indigenous Peoples; Non-Governmental Organisations; Local Authorities; Workers and Trade Unions; Business and Industry; Scientific and Technological Community; Farmers.

Despite this, over the decade since 2010, the International Union for Conservation of Nature tell us that 467 species have been declared extinct; the Global Forest Resources Assessment 2020 shows the net loss in forests globally was 4.7 million hectares per year; an estimated eight million pieces of plastic trash enter the ocean daily; and the number of premature deaths from outdoor air pollution has risen from tw million to 3.4 million.

The same principles and policies that were adopted by Agenda 21 have been further discussed and re-affirmed many times producing many different papers and many different plans, roadmaps and agreements to take us towards sustainable development.

So much talking and so little action has occurred since that original Earth Summit that our children have created ‘Fridays For Future’ to remind us that it is their future and their children’s future that we put at risk by ignoring what we have known for so long.

• What then is happening here?

• Are humans so lacking in intelligence that we are incapable of taking care of our own children’s future?

• Why do we, as a whole species keep barrelling destructively towards disaster at the same time as voicing plans to arrest our lemming like tendencies and turn the ship around?

Of course there is no simple answer to these questions. Life is complex and people are complex, we have numerous ‘vested interests’ at play and our primal emotions such as fear and aggression are geared towards individual survival rather than planetary survival. There are multitudes of variables creating immunity to change, however unless we honestly face in ourselves where our immunity to change is, we cannot hope to face the same at a global level.

We have though, as our children are telling us, left this beyond the eleventh hour and thus we now need to think beyond sustainability to regeneration. We need to use the sustainable development goals to build regenerative communities that give new life, new energy. That revitalise the whole of nature.

Sustainability is the meeting of our needs without compromising the ability of future generations to meet their own needs. Regeneration goes beyond the term ‘sustainability’, moving from exploitation of finite resources to a paradigm shift of Copernican perspective. Our modern model of natural science has written mankind out of Nature. In place of a fear of scarcity and the consequent generation of control resulting in a ‘need’ to wage war on any life (including bacteria and viruses) on this planet, regeneration enables us to re-join nature. The Human Genome Project has shown us that the number of human cells inside us that set us uniquely apart from nature are dwarfed by the number of cells, the number of bacteria and viruses and that put us squarely ‘inside’ Nature, just as our Earth is one small part of a universe of planets and stars. Regenerative development enables us to initiate a process of co-evolution with all of life and all that nurtures the process of life on this planet.

The real question then is “How do we overcome our 29-year-old lack of action, our immunity to change, such that we re-align human activity with the evolution of the ecological system of nature within us and all around us?”

Regenerative communities naturally attract people who are interested in their own wellbeing and also that of others. They attract people who look for meaning, not in gaining power over others, but rather in acting with true integrity in upholding the Sustainable Development Goals (SDGs) set in 2015 by ALL193 members of the United Nations General Assembly and intended to be achieved by the year 2030.

The Sustainable Development Goals have become a blueprint for LIFE for the planning of, administrating of, creating infrastructure for and developing of more than 10,000 eco villages. However, these eco villages are mostly rural and even the largest of these are home to no more than 2000 people. Most house less than half this population. Nevertheless, these small rural communities have established a way of developing that has at its heart regeneration, creating a network of communication, collaboration and support across the world.

Simultaneously communities within cities have recognised the need for a global shift in perspective and have created blueprints for change within a city environment.

This regenerative meshwork is creating an evolutionary intelligence working towards healthy towns, cities, countries, regions. It uses systems thinking and integral design to build both the inner and outer capacity of the individuals and their communities. It pays attention to culture and structures, using peaceful and active inquiry to generate discussion, collaboration and action; creating advocacy and policy strategies to bridge divides and responding, rather than reacting to critical and emergent contexts.

If we are ever to realise the goals voiced and signed up to at the Earth Summit twenty-nine years ago then ‘each community must actively play its part’. Even in the largest cities small communities must come together to create change. It then becomes the policy-makers role to uphold and support that change, allowing for difference and facilitating self-actualisation of communities, supporting and enabling multiple systems rather than seeking to impose a single system on all.

We know what must change.

We know why we must change.

Now we each need to take responsibility for action.

Tue Jul 6 , 2021
This month, Karl Woods, a long-term committee member of BirdWatch Ireland West Cork Branch, shares his other (non-birding) interest; moths. With multiple lockdowns over the last 15 months or so and many confined to the small areas around their houses, people have been looking for new things to get into. […] 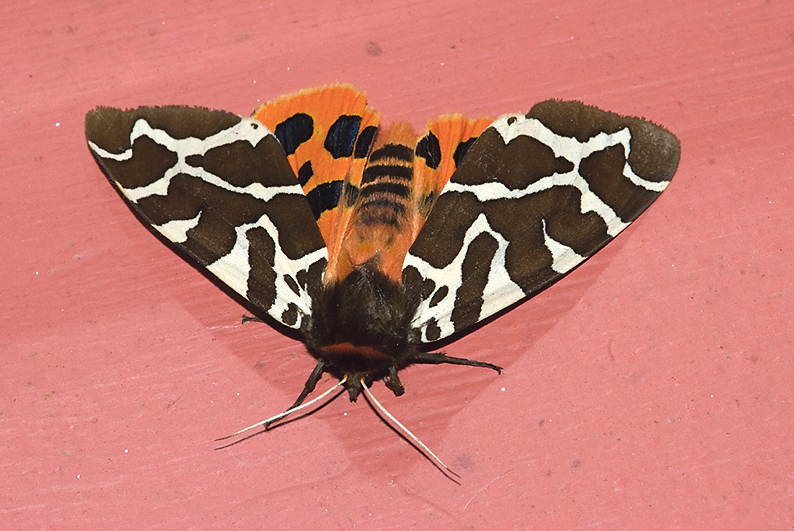