I have been lacto-ovo vegetarian for 43 years. I have the advantage of not really enjoying eating meat and of finding it difficult to digest, so switching to a meat-free diet was relatively simple for me and I continue to eat dairy products and eggs.

Talking to someone about farming the other day, I discovered they had stopped eating any meat or dairy products because of Climate Change. They had switched to almond milk and vegan cheese made from almonds.

Indeed, research indicates that each year a single cow can belch 220 pounds of methane, which is 28 times more potent than carbon dioxide in warming the atmosphere. In fact livestock are responsible for 14.5 per cent of global greenhouse gases.

Whilst there are claims that grass fed beef helps the land to sequester carbon and so is better for the planet, there are counter claims that the methane produced by cattle more than offsets the sequestration of carbon from grassland.

Dr Frank Mitloehner, the director of the department of animal science at the CLEAR (Clarity and Leadership for Environmental Awareness and Research) Centre at UC Davis, California, and a professor and air quality specialist, believes that removing animal-based product from our diets would not solve the problem of the effect of greenhouse gas on climate change. Research from 2017 demonstrates that if the whole population of America switched to vegan diets, it would reduce Green House Gas emissions in the USA by a mere 2.6 per cent, yet 89 per cent of CO2 emissions come from the fossil fuel industry. What is more, whereas methane, produced by cattle, has a relatively short atmospheric life, around 12 years, CO2 stays in the atmosphere, building and building for hundreds of years.

The significance of this short atmospheric life is that as bio-methane (from animals) is being emitted, it is also being destroyed; it is a flow gas. Nevertheless it is important that we do not significantly increase methane emissions into the atmosphere.

One of the main reasons we are being urged to plant trees, is that plants (all plants, not just trees) sequester carbon by removing carbon dioxide (CO2) from the air, absorbing the carbon and harnessing the sun’s energy through photosynthesis to produce cellulose and thus to grow. The Oxygen, O2 is released back into the atmosphere.

Cellulose is essentially a carbohydrate and is the most abundant organic compound in the world. Present in all grasses, shrubs, crops, and trees, it is an important food source. Cellulose content is particularly high in grasses and shrubs found on marginal lands, which are places where grains and other human edible crops cannot grow. Two-thirds of all agricultural land is marginal, full of cellulose dense grasses that are indigestible to humans but a major food ingredient for ruminants such as cattle who can break it down. As the cattle break down the cellulose, they emit a portion of the carbon into the atmosphere as CH4, methane gas, thus returning the carbon sequester by the plants back into the atmosphere. Ten to twelve years on, that methane reaches the end of its atmospheric life and is broken down and converted back to CO2, to once again be used by plants to create cellulose; and thus the biogenic carbon cycle continues as a relatively fast cycle.

On the other hand the carbon exchange between the atmosphere and geological reserves such as deep soils, the deeper ocean, and rocks takes 1000 or more years, thus extraction and burning of fossil fuels has a much greater impact on our climate than the biogenic carbon cycle.

It takes 1000 years for CO2 released from the burning of fossil fuels to be re-deposited back into geological reserves. That is ten times as long as it takes methane belched by cattle to be re-deposited back into plant matter. To put this in perspective, the CO2 released from driving your car to work each day will remain in the atmosphere, having a warming effect on our climate, for longer than the lifetimes of you, your children, and your grandchildren. The burning of fossil fuels has a longstanding impact on our climate, whereas methane from cattle is part of a short-term biogenic carbon cycle.

So back to food for humans. In order to live healthily humans need 21 amino acids. These are the building blocks of protein. Some of these amino acids we can synthesise in our bodies, however there are nine ‘essential amino acids’ which we cannot synthesise in large enough quantities rapidly enough, and so we must get these from our diet. All of these amino acids are found in animal protein but in order to obtain them from plant sources we must mix our protein sources. For example we must mix nuts or beans and peas with grain. If we fail to mix our plant proteins we fail to absorb the full range of essential building blocks for protein that keeps us healthy and thriving.

The plant protein sources that we can digest and that we need, grains, pulses and nuts cannot be grown on marginal lands that can grow grasses, high in cellulose and good food for cattle.

According to Fortune Magazine the market for almond milk surged by 250 per cent between 2010 and 2015 and has continued to rise. So, to the popular discussion about stopping climate change by substituting dairy products with almond products.

Eighty per cent of the world’s almonds are grown in California!

I will state that again. Eighty per cent of the world’s almonds are grown in California.

According to the Almond Board of California production is growing at six per cent per year and will be three billion pounds of almonds this year, 2021. Exported almonds account for 70 per cent of the crop.

Almond blossom is pollinated by bees and California requires two million hives of bees. More than 70 per cent of all commercial honeybee colonies in the USA are used to pollinate almond orchards and almost all the hives are brought in to California from across states or from other countries. Each year the bees have to be replaced because of the pesticides used on almond trees. Nine different pesticides have been found in almonds and four of these pesticides are toxic to bees.

Once the bees have been transported via truck or plane into California each year and have done their job and died from toxic pesticides, the almonds have been produced and now need to be distributed across the USA and the World. It takes 70,000 kilos of fossil fuel to fly a jumbo jet across the Atlantic from New York to London. Suddenly the Carbon footprint of a pint of almond milk or a hundred grams of vegan cheese has risen dramatically.

Whilst Dr Frank Mitloehner, who has been called a controversial figure because of his links to animal agriculture, states that he does not tell people what to eat, nor does he judge them for those choices; he focuses his research on how to feed livestock better such that they produce less methane. It appears for instance that certain supplements made from seaweed reduce the methane produced by a single cow by up to 67 per cent. He argues that cutting out all animal protein may not be the environmental panacea that many would have us believe.

I suspect that producing and eating animal based food products will continue to be controversial for some however, as the case of almond milk versus dairy demonstrates, we really need to dig and dig to find the facts behind our choices.

The Common Swift: ‘Life on the Wing’

Tue Apr 6 , 2021
Of all the species in the animal kingdom, birds can lay claim to some of the most incredible feats of physical achievement; whether it’s the Peregrine Falcon, the fastest animal in the world with a diving speed of 389kmh, or the incredible annual 90,000km migration of the Arctic Tern, as […] 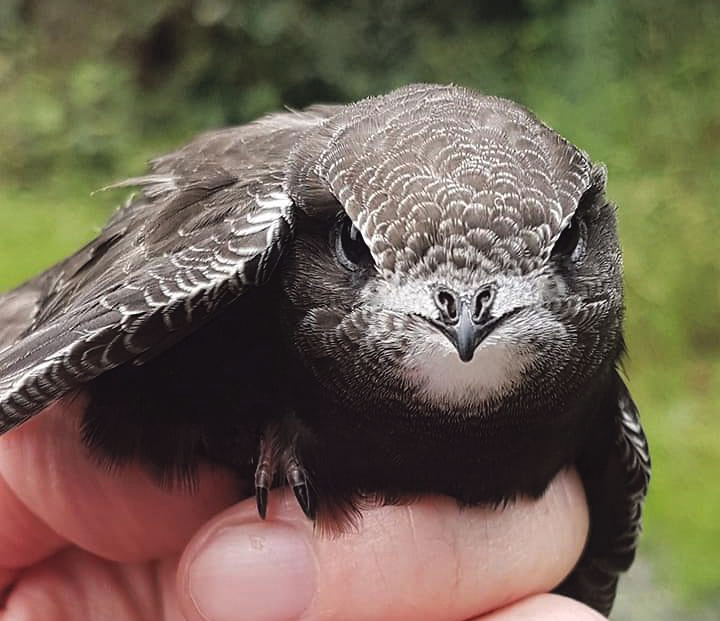