Fifty years ago Oxford economist E. F. Schumacher wrote ‘Small Is Beautiful – A Study of Economics As If People Mattered’, challenging the state of excessive consumption in Western society; and challenging economic globalisation, with warnings related to the inevitable human cost. His premise was that economies should revolve around the needs of communities, not corporations.

Fifty years on, our children, who were not even a twinkle when Schumacher wrote his book, are marching the streets under the banners of Fridays for Future and Extinction Rebellion to bring our attention to the fact that economies and economic systems still revolve around corporations, to the extent that we are destroying their future.

Fifty years on and we still haven’t learned to leave non-renewables like coal and oil in the ground, nor to base economic choices on the simplest solution. We have yet to view the world holistically but rather we cling to our old economic systems, as if we belong to some cult with total belief in a religion of short-term gain that we cannot see beyond.

The title to Schumacher’s book, ‘Small Is Beautiful’ came from a principle espoused by his one-time teacher, the Austrian economist and political scientist, Leopold Kohr, who in 1957 wrote ‘The Breakdown of Nations’.

Later, in 1973, Robert Dahl and Edward Tufte wrote an obscure academic volume called Size and Democracy in which they credited Kohr with a footnote that reads

“There seems only one cause behind all forms of social misery: bigness. Oversimplified as this may seem, we shall find the idea more easily acceptable if we consider that bigness, or oversize, is really much more than just a social problem. It appears to be the one and only problem permeating all creation. Wherever something is wrong, something is too big.”

Many of Kohr’s ideas became mainstream with the publication of Schumacher’s ‘Small is Beautiful’ advancing the idea of small, appropriate technologies, policies, political entities and organisations as a superior alternative to the mainstream ethos of ‘bigger is better’.

The internet, providing a way of developing open-source principles and knowledge sharing, is enabling new models and innovation for sustainable development in developing nations, rather than transfer of capital-intensive technology from industrialised nations. This change in ‘developing nations’ challenges powerful western nations to respond; and though some of the responses use the power of greater economic wealth to buy out and suppress or alter beyond all recognition the original technology such that it is no longer sustainable, nevertheless many small communities are taking the future into their own hands and developing their own appropriate technologies.

The appropriate technology movement initially grew out of the energy crisis of the 1970s and focused mainly on environmental sustainability issues. Today the concept has broadened to include the simplest level of technology that can achieve the intended purpose, or to take into consideration the social and environmental ramifications.

As Climate Change progresses, we are living through greater social, political and economic instability in the world. Even as flash floods wash away soil from drought-stricken areas without replenishing the ground, wildfires hit areas not previously known for such a risk and rivers dry up creating water supply problems and leaving crops destroyed, severe heat across Europe and other severe weather conditions disrupt transport that we have come to rely on. Yet we follow along like sheep, sticking with globalised economic systems that require transporting food over huge distances and transporting ourselves to the very work that supports our globalised economic systems, instead of breaking the mould and nurturing alternatives.

Now could be the ideal time to look for small scale, affordable, energy efficient, locally autonomous systems of working and living that will shun continuous and everlasting growth, but nevertheless will truly sustain us as communities and individuals within those communities into the future. Now could be the time to really focus on resurrecting the interest in appropriate technology.

The question for many of us is not whether this is a good idea but rather how do we influence society to walk the line between small is beautiful and efficiency of scale.

This requires a mindset change. I believe it requires courage. As long ago as 1957, in ‘The Breakdown Of Nations,’ Leopold Kohl stated that if ever Russia left smaller countries in Europe un-attacked, it would only be because the formidable power of the United States supporting those countries was able to continuously challenge Russian supremacy. He predicted that the moment Russian leaders feel that the United States would leave them unchecked, World War III will have started.

He did not believe this is related to an aggressive state of mind in Russian leaders but to the existence of a near critical mass of social power, that focused in any one nation makes that nation believe they cannot be challenged or checked. The aggression is present in all nations.

This present danger to the peace of the world exacerbates the social and political instability defocusing us on the solutions to climate change and creating massive social crises.

As individuals attempting to look holistically at the problems, it is tempting to throw up our hands in despair and say it is all hopeless.

As individuals we need to focus on something that we know we can affect. For some that may be collecting plastic from the shoreline or the roadsides or riverbanks. For others it may be growing organic vegetables. For some it is marching with Fridays for Future, for others it is lobbying TD’s and counsellors or opposing inappropriate planning development.

Whatever your particular focus, remember that small is beautiful and your influence in your way is a vital part of the whole.

As David Whyte says, ‘Start close in… with the ground you know, the pale ground beneath your feet…’

‘…Start right now, take a small step you can call your own’

See your big day through the eyes of your guests

Mon Sep 5 , 2022
Have you ever been at a wedding where you saw a table in convulsions laughing and wondered “What’s going on there?” From getting ready to the ‘craic’ at a table, takeNplace Weddings is a West Cork-based photo service that enables guests to share their candid moments with the wedding couple […] 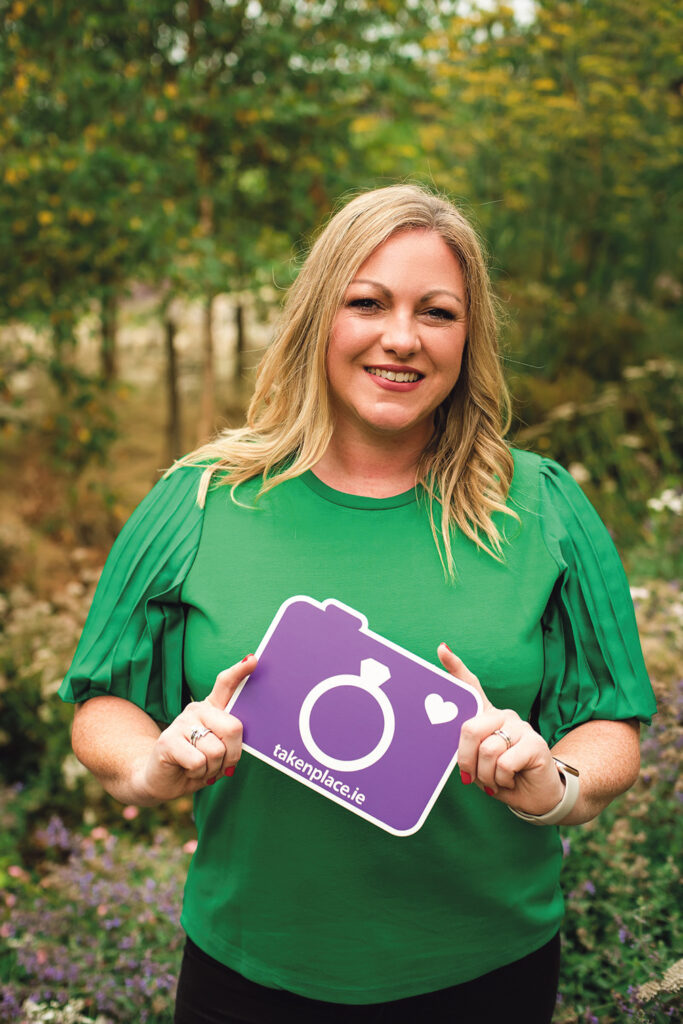