About 300,000 people made the annual pilgrimage this year to the Ploughing Championships in Ratheniska, Co. Laois.

Contrary to what the social media trolls would have you believe, I was met with strong, friendly handshakes and passionate voices for the protection of nature and the ecological transformation of modern farming.

Farmers were keen to talk about the upcoming Nature Restoration Law, which sets out proposals to restore at least 20 per cent of the EU’s land and sea areas by 2030. As in the rest of Europe, Ireland’s nature is in serious decline. 80 per cent of habitats are in poor condition, insect biodiversity is collapsing, nearly half of our rivers have been decimated by runoff from urban wastewater and fertiliser. We are losing the natural heritage Irish people are so proud of.

We discussed the growing issue of soil health, which has been a priority for me in the European Parliament. Following long negotiations this year, we finally achieved a forthcoming Directive on Soil Health, where countries will have to protect soil quality the same way we do with water and air. Farmers know better than anyone that food security relies on the survival of biodiversity and the health of our soil.

One striking thing I noticed was how many people tuned in to the annual ‘State of the European Union’, address from President Ursula von der Leyen in mid-September. The reason was clear: this year is marked by conflict in Europe, and a resulting energy price crisis which has hit Irish families hard, and citizens are looking to Brussels for leadership and action.

One of the stand out moments of that address was when von der Leyen said that back in the 1970s during the fuel crisis “only a few visionaries understood that the real problem was fossil fuels themselves”. On that, I have to disagree strongly with the President. Throughout the 70s, 80s and 90s we were in our hundreds of thousands of ordinary people clamouring against the threat of climate change and fossil fuels. But the power of money and the strong oil interests reached into every corner of politics across the globe at that time and ensured that climate action was delayed for decades.

With such a global problem now, the solutions can only be found at an international level. But it is vital that we do not make the same mistakes we did in the 1970s. The solution is not to import more gas, fracked from communities in the USA where water is now undrinkable, or drilled in Israel where countless injustices are committed against Palestinians on a daily basis. It would be a mistake to swap our source of energy from one occupying country to another.

The answers are right there in West Cork, off the coast of Wicklow, or in my own hometown of Tramore. Two-thirds of all renewable energy is now less expensive than the cheapest fossil fuel – coal. And with an increasingly integrated EU energy system, the old arguments of “what do we do when the wind isn’t blowing” just don’t hold up anymore.

We are now getting to work on a number of measures announced by the EU including a cap on the revenues of energy companies, a windfall tax on fossil fuel companies who have made billions out of the suffering of ordinary people, and comprehensive energy market reform.

I am currently travelling around the large constituency of Ireland South discussing these issues with local communities. This engagement is crucial to ensuring action is taken in Brussels, so I encourage everyone to please get in touch with me and to participate in the process of legislating and campaigning for a fairer, more sustainable Ireland.

Grace O’Sullivan is MEP for Ireland South, representing 12 counties in total including all of Munster. She sits with the Greens/EFA Group in the European Parliament, on the Environment and Fisheries Committees.

Mon Oct 3 , 2022
The Clogheen Marsh and Clonakilty Biodiversity Group, a local conservation group, is calling on everyone interested in seeing a new wildlife centre for Clonakilty, and in sharing their ideas on the development of wildlife opportunities in the area, to get involved by completing the group’s online survey (https://forms.gle/53sUVuVeePCSsz4R7). Clonakilty Bay is […] 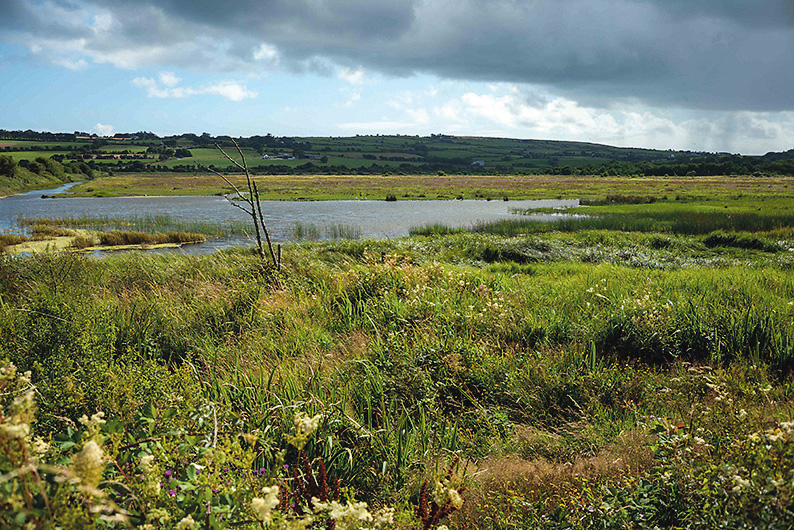