Cathal Nolan is a PhD Candidate in Geography at UCC, specialising in Climate Change science and impacts in an Irish context while also founding and managing the increasingly popular Midland Weather Channel on Facebook.

Having emerged from a reasonably unsettled period of late, our weather looks like becoming somewhat more settled for the beginning of September, with drier than average conditions favoured while temperatures are expected to remain close to or slightly below average for the time of year. The main reason behind the relatively settled period of weather is due to the development of a large and semi stationary area of low pressure, which is expected to develop just off the northwest coastline, effectively blocking any potential Atlantic weather systems through feeding in somewhat cooler than average north-westerly winds. Some overnight frosts are likely, especially in sheltered inland areas. Soil conditions during this period are expected to be rather good with near normal saturation levels, or even some deficits in well drained soils.

During the middle of the month the high pressure system is anticipated to develop a little closer to Ireland and at this point we can expect to see a continuation of the settled weather, but temperatures may climb to reach more normal or even slightly warmer than average levels as winds become light and variable. The jet stream during this period is expected to be located to the north of Ireland, thereby explaining the relatively persistent nature of the high-pressure system. While conditions will be settled there may be one or two blips where Atlantic weather systems try to break through, though such impacts will be minimal. Overnight frosts are possible in inland locations, though closer to the Atlantic coast this risk diminishes considerably. With high pressure in control soil conditions are expected to remain good to excellent, with well drained soils reporting deficits due to the lack of rainfall.

Towards the latter end of the month our weather is expected to become somewhat more unsettled as high pressure drifts farther to the south, allowing west to south-westerly winds to develop, bringing in more typical Atlantic weather conditions. With the jet stream located close to or over Ireland heavy outbreaks of rain seem likely, with a risk of some storm activity, as has been the case during the past number of years. Temperatures are expected to remain slightly above normal or average for the time of year, with the risk of night frosts diminishing somewhat, as an Atlantic maritime airmass becomes established. Soil conditions will begin to deteriorate as precipitation values increase, with poor drained soils becoming close to saturated towards the end of the month of September. Well-drained soils will fair better, remaining in relative equilibrium. Conditions favourable to blight may also be an issue during some of the warmer episodes.

For further information please stay up to date with West Cork People, or contact me directly through Facebook at the Midland Weather Channel or email cathalgnolan@gmail.com.

The man in the overalls will be king yet

Tue Sep 10 , 2019
August 2019 will be remembered as a tumultuous month in the annals of Irish beef history. A series of protests outside beef factories brought production to a standstill at a number of plants throughout the country, the ABP plant in Bandon included. Indeed the site at Kilbrogan was where the […] 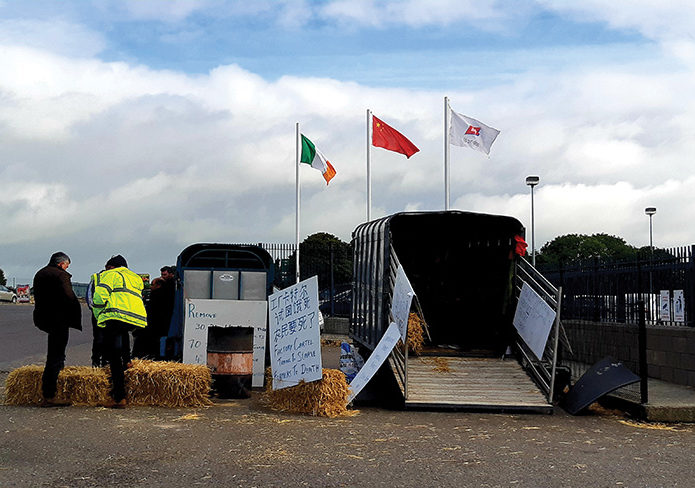