For years Kinsale residents have been complaining about really bad odours and noise coming from the town’s waste water treatment plant and the EPA have now backed up their complaints in a new report criticising the continuous and ongoing breaches at the plant.

The EPA has questioned the capacity of the plant to cope with the intake especially during the summer months, when the sun, heat and lack of wind can exasperate malodorous conditions and there is an increased level of visitors to the town. The EPA is concerned about the inability to reduce ongoing breaches in Chemical Oxygen Demand (COD), carbonaceous Biological Oxygen Demand (cBOD), Suspended Solids (SS) and orthophosphate.

The EPA reported that, “Odour is an ongoing issue, particularly during the summer months…and odour mitigation measures taken to date have not resolved the odour issue…On investigation, the cause of the odour was found to be an open manhole at the top of the sludge holding tank.”

The Green party and a lot of local residents are concerned about the negative impact of the existing waste water treatment plant and its capacity to address existing loads; particularly when new developments in Abbey Fort where hundreds of new houses are being built below the existing GAA pitch, and new planning applications for a further 80-plus houses on the GAA pitch, could result in a huge amount of additional load on the existing struggling infrastructure.

Green Party Bandon Kinsale Representative said: “It seems really unfair on local residents that they have to put up with what seems to be poor management of the site, with manholes being left open on sludge tanks, pumps and back-ups not working due to power outages, and what seems to be a lack of control of biological materials and chemicals. This needs to be addressed with great urgency especially before new houses on stream for occupation. On researching the topic, and reading the reports it seems that the Kinsale wastewater treatment plant also does not have an ultraviolet disinfection process before treated water is released into the river. This is a major concern for the Green party, as local fisherman depend on shellfish harvested directly downstream from the waste water egress point and we have a lot of swimmers and water sports which would be directly affected. The ultraviolet disinfection process kills harmful bacteria which could infect shellfish, potentially leading to illness if eaten. After contacting the EPA it turns out that Irish water have not risk assessed the potential damage of released treated effluent into the harbour of Kinsale. We therefore ask that Irish water as a matter of urgency to carry out a risk assessment and install ultraviolet disinfection at Kinsale waste water treatment plant.”

Tue Nov 1 , 2022
Ferns depict the seasons in such a visually prominent way. The way they uncurl in the spring has such an air of drama about it, and when they have stopped uncurling and have reached full height, we know summer is really here, and then from late summer we get the […] 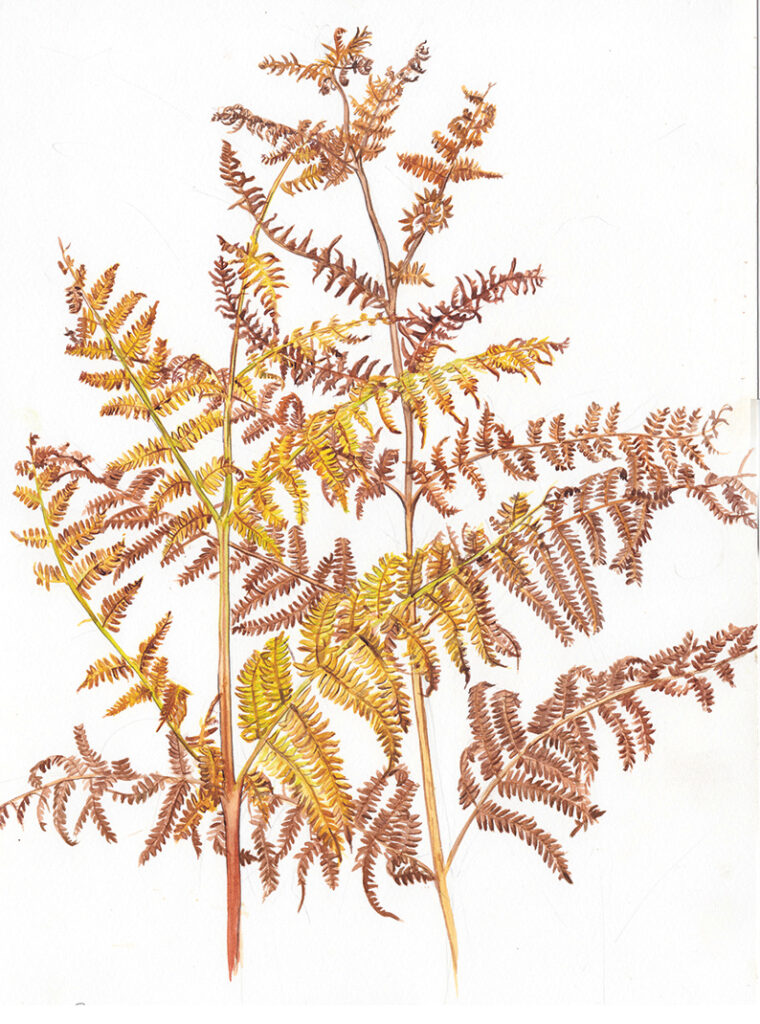