Birds are on the move and one to watch out for this month is the Black-tailed Godwit says Nicholas Mitchell Birdwatch Ireland
West Cork.

You may have noticed a lot more juvenile birds in your garden and hedgerows this last month as the fledged birds disperse from their nest sites. Their contact calls are often heard before they are seen. Some, such as Robins, are found in ones and twos and are normally not far from where they were raised. This is perhaps our most ubiquitous garden bird, as it appears from nowhere the moment we pick up a spade and waits for us to disturb the soil.  Long-tailed Tits on the other hand may be encountered in small flocks of extended families moving through our gardens. They forage widely, covering 7km or more during the day. It’s lashing with rain, as I write this, but we have had a long hot dry spell this summer, so please keep in mind that both you and the birds will be rewarded by a birdbath in your garden.

Garden birds are not the only birds on the move. We can again enjoy the sound and sight of wading birds on the estuaries of West Cork, as they migrate south from their summer breeding grounds, some on passage and some to over-winter. One of the waders to look out for is the Black-tailed Godwit (Limosa limosa icelandica; Guilbneach earrdhubh) some still very striking in their rich orange summer plumage before they moult into the plain greyish brown of their winter plumage.  They typically wade in shallow water on tidal mudflats and the best time to get a good view of them is an hour or so either side of high water, as they are pushed towards us. For residents of Clonakilty, the Model Railway Village is a good spot.  Then, at high water, they move to their high-roost sites and can be seen well at Clogheen Marsh, White’s Marsh, Deasy’s Quay and the surrounding fields of Clonakilty Bay.  Timoleague and Rosscarbery also afford great sightings of these late summer arrivals.

Most of the Black-tailed Godwits that over-winter here breed in Iceland, but what else do we know about them, where else do they go, and when, how does habitat play a part in the timing of their migrations and so on?  Some of these answers come from the use of colour leg rings. These are normally attached to juveniles at the nest site, but also to adults on their winter and passage sites. Each bird has a specific combination of rings that identifies it.

With the introduction of colour leg rings, more than 80 per cent of marked birds are re-sighted, compared to 2.5 per cent with metal rings. This has provided valuable insight into the behaviour of the Black-tailed Godwit. We now know that:

1. Individuals wintering in good habitats (abundant food) depart earlier and arrive in breeding grounds earlier than those that wintered in poor habitats.

2. Breeding partners migrate independently of one another but show synchrony in their arrival dates at nesting areas.

3. Both sexes migrate south at the same time.

4. Spring migration is getting earlier, driven by new recruits getting back to Iceland earlier than older birds.

The male Black-tailed Godwit pictured (known as BL-RGf) was recorded at Clonakilty in September 2018 and July 2019. It was first ringed as an adult by José Alves on the Tagus Estuary, Portugal in November 2011. Re-sighting records show that in seems to spend most winters in Portugal and in early spring it flies north via West Netherlands. We then see it in late summer on passage through Clonakilty, as it returns south.

It is not just waders that we should to look out for. The female Black-headed Gull pictured (known as W-EAOH) was ringed by Date Lutterop in May 2014 on Griend Island, Netherlands, re-sighted in June 2018 on Minsener Oog, Germany and then at the Model Railway Village, Clonakilty in August 2019

So, while you are enjoying the sight and sound of these visitors tour our estuaries, please keep an eye out for colour leg rings. If you find one please take careful note of the ring colour(s) on each leg, the position (above or below the knee) and any markings and/or flags.  Also note the leg and position of the metal ring if visible. Information about the ringing project and who to report the sighting to can be found on www.crbirding.org. Alternatively, please contact us at the details below. We can all be a citizen scientist.

Mon Aug 9 , 2021
Green Skibbereen, a not for profit company that promotes and delivers climate action and sustainability, is about to get started on its objective to make Myross Wood in West Cork a living, community resource for biodiversity, education, recreation and the arts. This week the project received a huge boost in […] 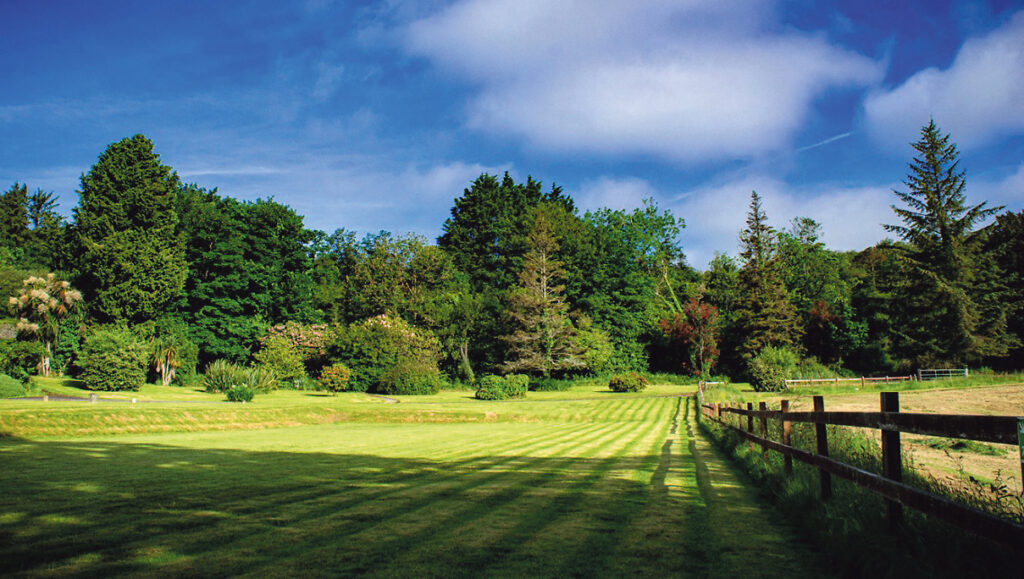