Branch Committee Member Karl Woods writes about the extraordinary spring that birdwatchers have enjoyed in West Cork this year.

Anyone who has spent any time in West Cork knows how lucky we are to be in such a beautiful part of the world for nature. It is a haven for wildlife and birdwatching is one of the more common hobbies for those who love nature and the outdoors.

Spring is an interesting time for birdwatchers, as this is when migratory birds move from their wintering grounds to their breeding grounds. Not only are our summer birds starting to arrive, we also have birds passing through on their migration routes, and the occasional bird that has overshot its usual route and has ended up here instead. In theory, almost any migratory bird could turn up if the conditions are right.

Due to its location West Cork is always a good place to be for those interested in migratory birds in spring.  Headlands and islands are usually very good for seeing migrating birds and West Cork has some fantastic spots, including The Old Head of Kinsale, Galley Head, Mizen Head and Cape Clear, among others. In addition to the headlands and islands, marshes and lakes are also good for migrating waterbirds such as ducks, waders and herons.

While the usual areas had some interesting visiting birds, Galley Head had a really nice spring season with Serin, Ring Ouzel, Dotterel, Subalpine Warbler, three Tree Sparrows and an unusually large number of Brambling seen. A very nice list of birds for any given spring on its own. This however was overshadowed by Clonakilty, which stole the show with a bumper spring season, earning it the nickname of Costa del Clon at one stage!

The combined area of Clogheen Marsh and White’s Marsh was at the heart of the action, starting in March when a lovely group of four Garganey made a brief stopover. Unlike most visiting ducks that turn up in the winter and stay for longer periods, these are more commonly seen passing through in the spring, usually only stopping for a short time. Seeing these striking birds is a wonderful treat and a group of four together was an even rarer sight. At the same time a Cetti’s Warbler was heard singing from the foliage at the back of White’s Marsh. A very rare visitor to Ireland, this small bird is known for its tendency to keep out of sight while giving out little bursts of very loud song. Even from the back of the marsh this little bird could be heard clearly above any other birdsong. Although the Garganey decided to move on, the Cetti’s remained in the same area singing on and off. Shortly after, more birds started showing up with two Great White Egrets  and up to three Cattle Egrets moving back and forth between Clogheen and White’s Marshes. Relatives to our resident Little Egrets, sightings of these two species are becoming more common and with continuing climate change, they could in time follow the Little Egret and become resident breeding birds. Up until the end of April, it was possible nearly every day to watch all three species of Egret in the marshes with the sound of a singing Cetti’s Warbler, which combined with the sunshine really gave the feel of a far more exotic location.

Lesser Yellowlegs, a rare visiting wader from North America also made an appearance for a short time. While multiple birds cannot be ruled out, it is presumed that this bird then did a little tour of West Cork (and why not) with further sightings in Rosscarbery, Timoleague and finally back to Clonakilty later in the Spring. Buff-breasted Sandpiper, another bird from North America, was also seen in Clogheen Marsh around the time the Yellowlegs came back.

Although things quietened down for a couple of weeks into May, the spring season wasn’t quite finished yet for Clonakilty.  A Purple Heron caused a brief bit of excitement for a day before disappearing. This slimmer, more colourful version of our resident Grey Heron is a very striking bird, unfortunately well known for hiding in reed beds out of sight, only giving brief appearances. Shortly after, an even rarer visitor showed up in the form of a Squacco Heron. Usually found in southern Europe, the bird delighted both locals and birders from around the country as it spent a couple of weeks out in the open where it could be watched feeding on insects and amphibians. With returning sightings of Purple Heron, Great White Egret, and Cattle Egret, the area was hosting four rare herons at the same time. A bumper spring for Clonakilty indeed, and one with a very tropical feel to it.

BirdWatch Ireland West Cork Branch News
Upcoming outings being held by the Branch are:
Sunday July 3: An estuary and farm walk at Ballydehob, meeting at the playground car park at 11am (no dogs please).
Sunday August 20: National Heritage Week family event at Rosscarbery, meeting opposite Celtic Ross at 2:30pm.

Mon Jul 4 , 2022
These days, raw honey is considered a superfood with such varied health properties such as antibacterial, antioxidant, wound healing, brain protecting, as well as being nutritious and delicious. Here in West Cork we are lucky to have local beekeepers who take pride in the quality of their honey and the […] 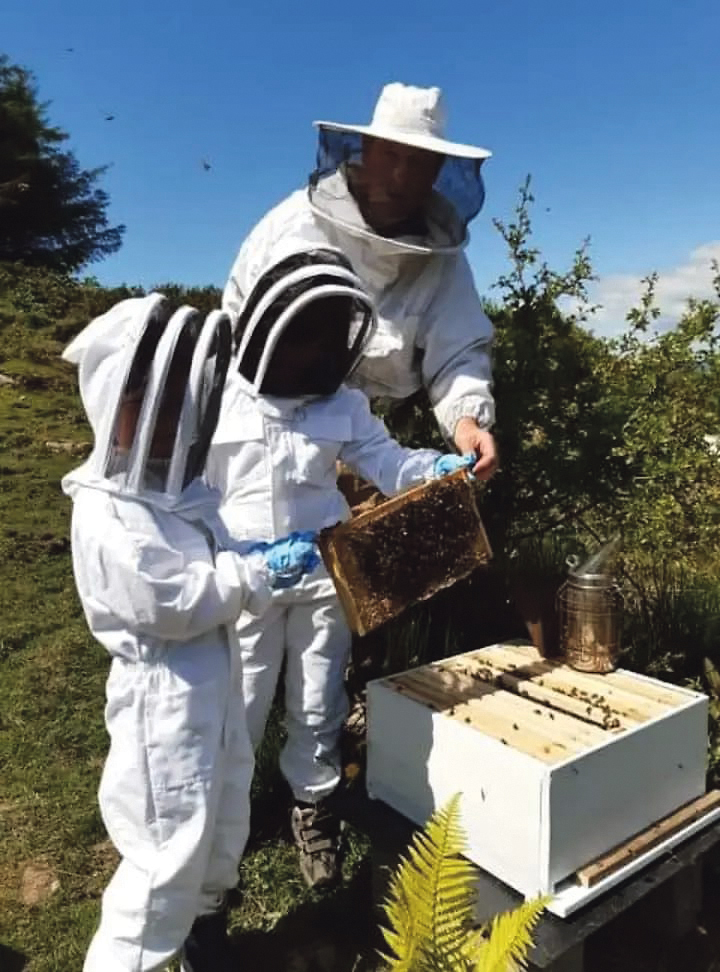