This pandemic has changed perspectives for people from all walks of life. For award-winning portrait artist Áine Divine it’s been a catalyst for doing whatever makes her heart sing.

No longer tied to the studio from 9-5, she has been working more and more in mixed media, painting what’s to hand around her, and sharing her teaching videos for free on YouTube.

“As Julia Cameron said, ‘Serious art is born from serious play’,” shares Áine. “This is a significant thing and not just in the life of an artist, in the life of anybody, through any medium.

“Mixed media is something I’ve turned to in all the years I’ve been painting and drawing in order to keep myself excited about my work and inspired.”

A finalist in the 2014 Sky Arts Portrait Arts of the Year, Áine will be familiar to many; if not for her television appearances – in 2005 she painted Mo Mowlam for BBC 1s ‘Star Portraits’ – then for her West Cork roots.

Áine has lived in Scotland for the past 24 years but she grew up on a farm in Kilbrittain.

After graduating from Cork’s Crawford College of Art and Design in 1991, encouraged by her mother, a schoolteacher, she gained a Higher Diploma in art teaching. On moving to Scotland she continued teaching in second-level education for ten years before deciding that teaching for exams was not her vocation.

Gaining recognition for her painting of Mo Mowlam in 2005, which now hangs in The National Gallery of Ireland, Áine’s career in portraiture took off.  “That was the first real public thing I did, and I gained credibility, as well as confidence,” she says.

In 2007, she painted Olympic triple jumper, Jonathan Edwards; and her commissioned portraits include footballers for the Hibernian Historical Society and winners of the British Open Golf Championship.

One of her self-portraits was selected for exhibition in the Royal Watercolour Society’s annual contemporary art show at the Bankside Gallery in London in 2014 and won the Heatherleys Studio Award. She won the Winsor and Newton awards for her portrait of ‘Matthew’ in the same show in 2013, and for ‘Carolina in Gold’ in 2015. She has also painted Vincent Browne and more recently Ryan Tubridy for the Watercolour Society of Ireland’s annual exhibition.

Today Áine is enjoying a change of pace; the slowing down that has come with lockdown. “There is more of an honouring of my own flow,” she explains. “I found it tough early on in the pandemic because I value interaction with people and that creative community in person is irreplaceable. But I found that there is a different connection possible through online.“

It is this online connection that pulled Áine out of the feeling of apathy or dullness that has affected most of us at some point over the past 10 months of living a restricted existence. “That, along with cold water swimming,” she says.

As a Sky Arts Portrait of the Year finalist, she was invited to paint the TV presenter Clare Balding over lockdown. “I found it quite a taxing experience, managing cameras and tripods and downloading stuff, and that was really what prompted me to make the unconscious decision to concentrate on doing what I like, rather than trying to please other people.”

As a result, she has found her work now feels a lot freer; she is using more colour, her strokes are bigger and swifter; and the resulting semi-abstract paintings and mixed media artworks of flowers and still life’s – subjects she would only have occasionally dabbled in before – are tending to extend beyond the page.

“It’s a bit like open water swimming,” she explains “that feeling of wild freedom you get; it’s a response to our loss of control over other things.”

She describes her approach to portraiture, as being an intuitive response. “Rather than excavating an eye in huge detail, it’s about trying to find the eye by being attentive. The face tends to emerge,” she explains.

From her own portfolio, Áine says her favourite piece is her painting of Neil Hannon, which she completed in four hours in front of the camera in the final of Portrait Artist of the Year. “I felt present in every second of that process, completely at home, and not a bit concerned about the outcome.”

Áine is a proud mother of three beautiful daughters; the two youngest who live at home, Erin and Lily, regularly sit for her paintings. She videos these sessions for use in her portraiture classes to break down the process of painting in watercolour for her students.

Everywhere she goes she aims to capture a creative process (on video) for use in her classes. “Last year when I came home, my parents were the subjects,” she says.

“Commissions are harder,” shares Áine. “When you know you have a particular outcome to achieve and it needs to be pleasing to the person, it changes the process a little bit.”

She usually starts a portrait from life, before going on to work from photographs. “Ideally to work from life is the way to keep the life in the painting,” she explains.

“The person’s story doesn’t matter so much, as long as you have that connection that comes with sitting or standing with someone for any length of time.

“The best models are those who sit in an alert state without it being effortful. You find out more about people in that intimate space than any words could tell you.”

Guided and coached by mentors in her Remarkable Women group, Áine is tuning into what she really wants to achieve in the future. “Bigger, brighter paintings in a bright open gallery space somewhere like New York. That’s what I see,” she says. “Not for any financial gain but to be seen by a wider audience.” 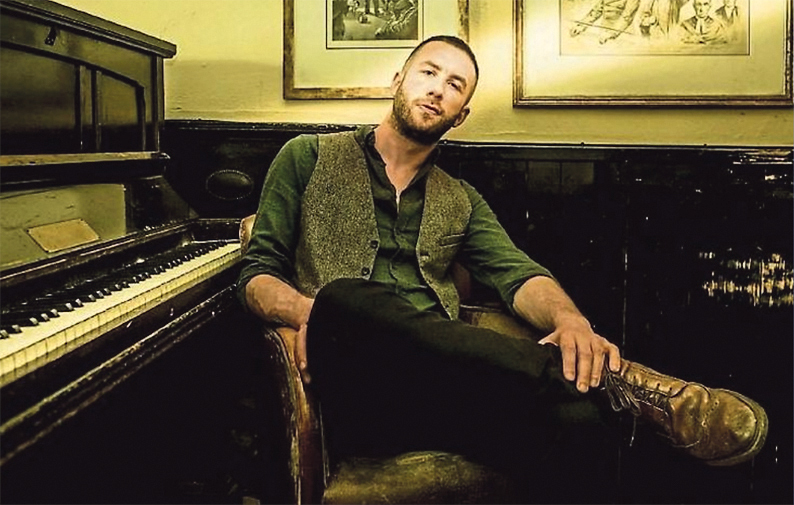