Emily Wurramara is 23. She is Warnindhilyagwa, sings in a mix of English and her native tongue, Anindilyakwa, and comes from a small Island, Groote Eylandt, off the Northern coast of Australia. If she wasn’t a singer, she would be a chemist. She has never been in Ireland and is coming to play at The Clonakilty International Guitar Festival, September 16 – 22. This week-long session trail starts on Monday September 16.

The festival, in the words of Folk Music Canada, “is one of the international leaders and tastemakers on the folk music scene.” At their invitation, Ray Blackwell, Co-Founder of the festival flew over to the 2019 Folk Alliance Conference in Montreal and got to meet acts and booking agencies from all over the world. Along with Alash Ensemble, Hawksley Workman, Melanie Horsenel and Kalyna Rakel – Emily Wurramara was one of the stand out acts.

Brendan McCormack spoke to Emily about her upcoming visit.

“It’s my first time in Ireland and I am so excited.”

“I grew up on the island and when I was six – we moved to Brisbane. There were no jobs for my father at home. I started off writing poems and short sentences – it gave me a sense of comfort during that transition from my island life to modern city life.”

She had two cultures and two languages.

“My people were segregated – they were restricted from using their language – and there is still so much sadness that is carried from generation to generation. My music is part of our healing journey.”

(My heart is hurting)

“I want to preserve our language and our culture for future generations while being a role model for young women and showing they can be successful and inspiring. I want to bring peace and love through my singing.”

Within her own culture, there are still rigid hierarchies that can hold back women. Not only is she bringing her culture into the world – she is seeking to transform it into something richer.

“We call this earth, Mother, but it has been difficult for our indigenous women to make their way through the old hierarchies. It has been hard sometimes to say the things I want to say. There have been restrictions, but it has also been empowering to find my own voice. My singing and talks give me a platform to do this and change how women think of themselves.”

Her song Ngarrikwujeyinama, from her 2018 album Milyakburra, calls out her love of home.

“This song was written in response to the mining on Groote Eylandt, and in particular the battle fought by the community, which saw the NT government place a total ban on seabed mining around Groote Eylandt in 2013. I’m passionate about protecting this earth and everything living on it. Ngarrikwujeyinama talks about we all come from the sea and how it’s our duty to protect and cherish her, and the pain we cause when we don’t. The song is an anthem and a reminder to care for this beautiful country. We are also caretakers of the sea.”

(This is my home)

(this land is bleeding)

Memories reveal the power of ritual in planting seeds in young minds. When culture is passed without word from one generation to the next. It enters us in the strangest ways.

“I was at a funeral when aged nine or 10 – I remember seeing the men of our tribe in their ochre paint and coming out of the trees as if they were part of that world – as if they belonged there – and there were fires lit and the body was carried to the burial ground so that the spirit would remain in the body until it was time for it to enter the Dreamtime.”

“I remember hearing music coming from under the earth – and I was in amazement – that music was coming up out of the land.”

She speaks as she sings. Music in every word. This will be a gig worth going to.

Emily Wurramara plays Clonakilty International Guitar Festival on Tuesday, September 17 in DeBarras, Clonakilty, at 9pm. She will also be visiting one of Clonakilty’s local schools as part of the festival’s ‘Encounters Programme.’ A tree doesn’t grow without strong roots and to secure a sustainable future for music in west Cork, the festival is investing in our people through their ‘Encounters’ programme of community-oriented events.  The events in the schools and the community hospital are not open to the general public but most are, and most are free entry.

See www.clonguitarfest.com for all details.

When people come together to sing something special happens

Tue Sep 10 , 2019
For those of you who feel that you want a change of career and have a deep desire to follow your dream, Susan McManamon is someone who did just that. Susan worked in the corporate sector for many years, including working as a director of operations in India for a […] 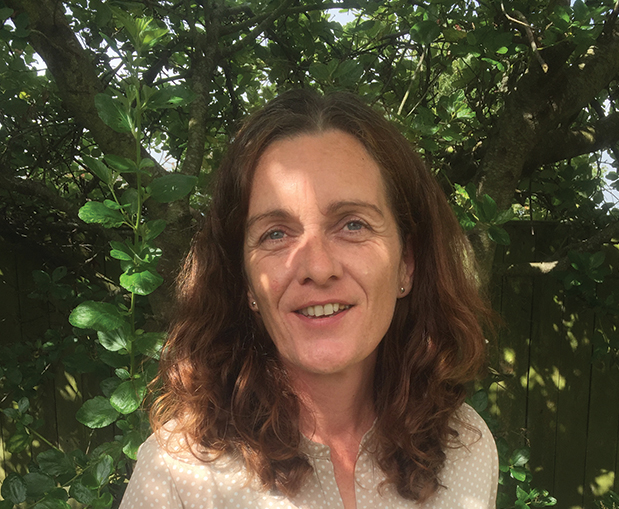