As the 2021 college year begins at University College Cork, a new wave of students may not realise that their campus is a place where executed men, fighting for Irish freedom, were buried 100 years ago. Pauline Murphy
reminds us of their names and the part they played in history.

In early 20th century Cork, the County Gaol stood side-by-side with Queens College Cork (now UCC). All that remains of the gaol today is a large grey portico at Gaol Cross and a burial plot holding the remains of IRA Volunteers executed in 1921.

The patriots were executed by a British firing squad at Victoria Barracks (now Collins Barracks) on the northside of the city before their bodies were transferred south of the river to the County Gaol, to be buried in a patch of waste ground within its walls.

In the 1940s the gaol was closed and partially demolished. The property was handed over to UCC to expand its campus, and a plan was put in place to properly mark the final resting place of the IRA Volunteers.

In 1944 the Old IRA Association began raising funds for a memorial and in 1948 a stone monument was unveiled by Eamon de Valera, in the presence of a large crowd that included relatives and comrades of the executed men.

The IRA Volunteers who lie in the UCC Republican plot are:

Cornelius Murphy, a 30-year-old IRA Captain from Ballydaly. He was a member of the Milstreet Rural District Council and the local IRA active service unit. He was captured in January 1921 and executed a month later on February 1, 1921.

Sean Allen from Tipperary town was a Gaelic League activist and GAA player. He worked in the family trade as a cobbler and was a member of the IRA’s famed Third Tipperary Brigade. He was captured in January 1921 and executed on February 28 in Victoria Barracks.

Timothy McCarthy was a 21-year-old Gaelic League activist from Donoughmore. He was wounded at the ill fated Dripsey Ambush in January 1921 and captured by the British. McCarthy faced the firing squad at Victoria Barracks on February 28.

Daniel O’Callaghan was a 23-year-old farm labourer from Dripsey who played hurling with Inniscarra. He was captured at the Dripsey Ambush and was executed on February 28.

John Lyons was a 26-year-old farm labourer from Coachford who played hurling with Aghabullogue. He was captured at Dripsey and executed on February 28.

Patrick O’Mahony was a 30-year-old from Berrings and active in the Sinn Fein Courts. He was captured at the Dripsey Ambush and executed on February 28. O’Mahony’s comrades would later recall how he displayed immense courage by allowing them to escape from the advancing enemy as he stayed behind, firing until his last bullet was spent.

Thomas ‘Sonny’ Mulcahy was an 18-year-old farmer’s son from Burnfort. He was wounded at the Mourneabbey Ambush on February 15 and captured. He was executed on April 28.

Patrick O’Sullivan was an accountant from Cobh and played GAA with Collegians (today UCC). He was captured after the Battle of Clonmult in February 1921 and executed on April 28.

Maurice Moore from Cobh was Patrick O’Sullivan’s best friend. He worked as a plumber at the Haulbowline Dock. Moore was captured after the Battle of Clonmult and was executed alongside his friend on April 28.

Patrick Roynane was a 24-year-old farmer’s son from Burnfort. He was part of the IRA party that captured the first RIC barracks in Ireland at Mallow in 1920. He was captured after the Mourneabbey Ambush in February 1921 and executed on April 28.

Patrick Casey came from a staunch Republican family in Co. Limerick. He played hurling with Federmore GAA Club and, while working in Cork, with St Finbarrs. Casey was captured at an engagement at Shraherlow and executed 24 hours later in Victoria Barracks on May 1, 1921.

Daniel O’Brien was from Liscarroll and a much wanted man because of his exploits with the north Cork IRA active service unit. The British captured O’Brien at Liscarroll and he was executed on May 11. He was the last man buried in the Cork County Gaol grounds.

In this centenary year it important to remember that those who lie in the UCC Republican Plot were the same age as many of the students who pass by it today, enjoying the freedom those young men died fighting for.

How did Germany emerge from the ashes of World War Two?

Mon Oct 4 , 2021
One of the pleasures of teaching English in secondary schools is the great choice of texts. The Leaving Cert choice is particularly eclectic and varies every two-year cycle. Those beginning their senior cycle this year could find themselves studying novels that explore the modern world we live in, like how […] 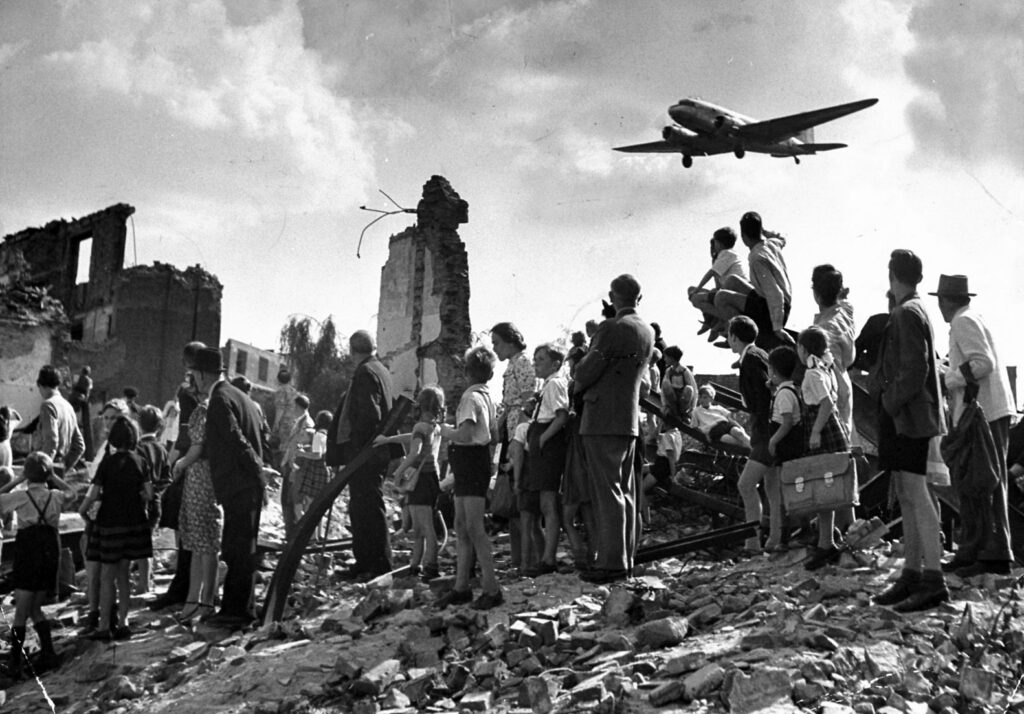