There is a short stretch of road, some 6km, between Macroom and Ballyvourney that is known as ‘The Rebel Road’ due to the not insignificant number of IRA memorials dotted along it. Soon to be bypassed by the new Macroom Bypass, Pauline Murphy feels this historical stretch of road deserves a mention.

The long-awaited Macroom and Ballyvourney by-pass is currently under construction and when the first vehicles take to its tar, the N22 will be reduced to a secondary route. What cannot be reduced however, is the amount of history connected with this stretch of road.

Between Macroom and Ballyvourney the terrain turns rough and rugged; the meandering road winds through a landscape that is ideal for guerrilla warfare and 100 years ago it witnessed its fair share of action, in the War of Independence.

Heading westwards from Macroom, the first indication of past conflict is a small plaque embedded in a rock that commemorates ‘The Slippery Rock Ambush’ of August 17, 1920, during which the local IRA company ambushed a cycle patrol of the dreaded Auxiliaries.

At first the ambushers stood up from their positions, identified themselves and ordered the ‘auxies’ to lay down their arms. When the enemy refused, a gun fight broke out, resulting in the death of British Lieutenant Sharman and the wounding of several of his men. The British held an inquest following the ambush where one officer called the IRA ‘The Hill Tribes!’

IRA Volunteer Micheal O’Suilleabhain recounted the ambush in his memoir ‘Where Mountainy Men Have Sown’ – a guide to the rich tradition of resistance in Múscraí.

Back on the N22, west under tall trees and brooding hills, flags fly high on a rocky outcrop. Two tall flagpoles, some distance apart, fly the green 1916 Irish Republic flags; they mark the points where the IRA placed two Lewis machine guns during a pivotal engagement known as ‘The Coolavokig Ambush’. A stone memorial stands at the side of the road to further commemorate when 60 IRA Volunteers ambushed 70 Auxiliaries on February 25, 1921.

The Auxiliaries knew about the intended ambush and travelled into it heavily armed and with civilian hostages in eight lorries. The so-called ‘hill tribes’ put up fierce resistance and, after a four-hour fight, the ‘auxies’ retreated, with at least four of their number dead. There were no casualties on the IRA side, even though they were lightly armed with just two Lewis machine guns and inadequate rifles.

Before entering Ballymakeera, a stone cross at the side of the road marks the site of a deadly Sunday evening in 1920. On September 5, a number of local children came upon what looked like a broken down British military lorry, which piqued their curiosity.

Local IRA leader Liam Hegarty was passing on his bike when he recognised two of the children as his younger siblings and told them all to run away home. As the kids scattered, Hegarty inspected the lorry for himself; he lifted the bonnet and was met by a volley of machine gunfire.

A broken down lorry was a device commonly used by the British military to trick people. It was called ‘The Q’ after WWI vessels that were disguised as fishing boats to sink German U-boats.

Hegarty managed to stagger to the ditch across the road before slumping into it. He was shot again by the soldiers before they drove off.

When the shooting broke out, 21-year-old Michael Lynch, who lived nearby, had run out to see what the commotion was, and was killed by a volley from the machine gun as it tore up the surrounding ditches and road.

Thankfully 100 years on, the rebel road is free of conflict – the only battles fought there now are traffic-related!

Every body is a bikini body

Mon Jul 5 , 2021
‘If you want a bikini body – put on a bikini’. That’s a sentiment we hear every summer and, while it’s true, it’s not easy for everybody to dress down even on the hot days. Thankfully it seems that more and more women just don’t care what society and media […] 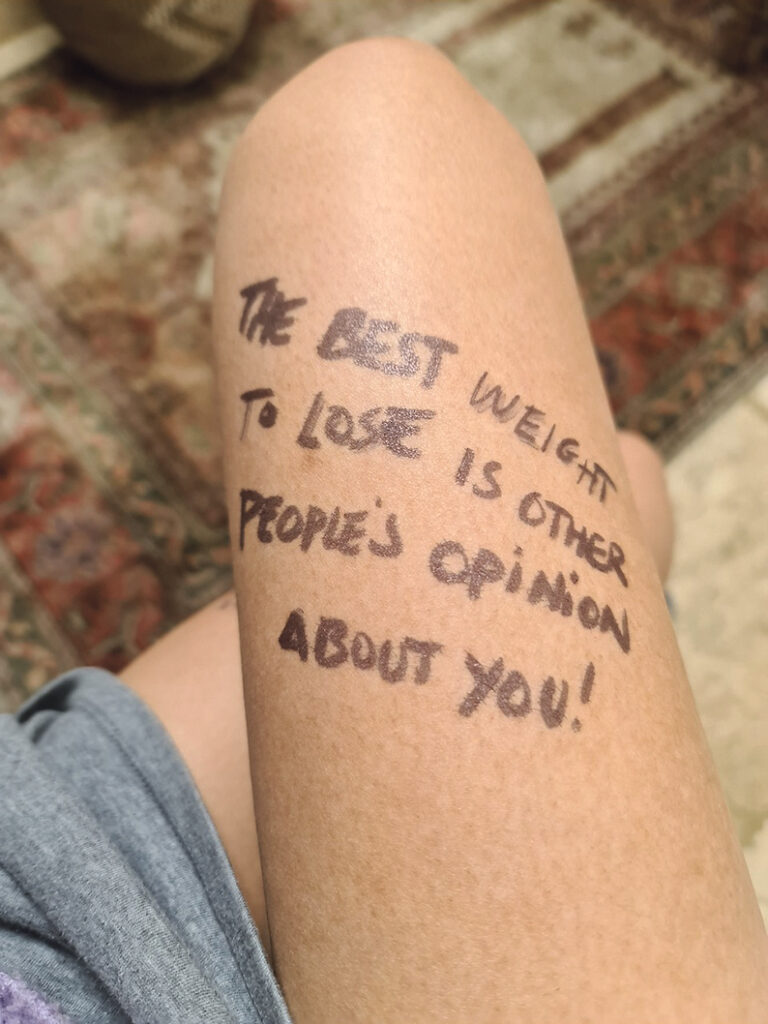