100 years ago this June, Bantry was a dangerous place to be. Pauline Murphy recounts how death and destruction marred the West Cork town that summer.

It all began with the killing of RIC Constable Thomas King on June 12, 1920. A native of Roundstone in Co. Galway, Constable King had been stationed in West Cork for just four months when he was ambushed by the IRA whilst cycling along the Glengarriff to Bantry road at Snave Bridge.

King managed to jump off his bike and into a nearby farmhouse where he hid in a cupboard. However, the ambush party tracked him down, dragged him from the farmhouse and shot him dead on a dung heap in the yard.

On June 21 Constable James Brett, a 50-year-old Waterford native, was with four other RIC men on a cycle patrol at Cloonee Wood near Bantry when they were also ambushed by the IRA.

Constable Brett was shot dead while the others escaped with injuries. Brett was a 30 year veteran of the Royal Irish Constabulary and following his death his widow received £4,000 compensation.

On June 23 the RIC, along with the Black and Tans, retaliated by sacking the town of Bantry. Masked men charged around the town roaring and shouting; with batons and rifle butts they smashed in doors and windows… and anyone unfortunate enough to be standing in their way.

Lit bottles of paraffin were flung into houses and businesses; among the homes and premises burned were David O’Mahoney’s shop, John Lehane’s home, John Cotter’s home, Ralph Keyes’ home and the home of John Downey, who was chair of the Bantry Board of Guardians.

In the early hours of June 25 four masked RIC men burst into the small cottage of the Crowley family on Old Barrack Road. In the small dwelling was Jeremiah and Kate Crowley and their disabled 27-year-old son Con. The attackers drew their guns on Con in his bed and shot him several times; Con was a hunchback and barely able to walk, he didn’t stand a chance against them.

The Crowley’s were a family sympathetic to the cause of Irish freedom. Con’s brother Charles was a member of the IRA and his other brother Michael was a Sinn Fein member of the Bantry Urban Council. Both men were not at home at the time as they, like so many others, were on the run.

The killing of Con Crowley capped off a brutal month for Bantry. In July Canon Martin Murphy organised a public fund for the Crowley family while revenge was on the minds of others. Months later the IRA shot dead Matthew Haugh of the RIC, who, it was believed, led the raid and murder at the Crowley home.

Con’s brothers Michael and Charles were the intended target that night. After Con’s death Michael decided to leave Bantry for Phildelphia before he faced the same fate as his brother. Charles followed him five years later. The sacking of Bantry was followed just a month later by the sacking of Leap in July 1920.

Thu May 28 , 2020
Responding to the launch of the European Commission’s €750 billion COVID-19 Recovery Plan, Green Party MEPs Grace O’Sullivan and Ciarán Cuffe say they are broadly welcoming of the plan, which they describe as having the potential to play a part in creating a socially, economically and environmentally resilient Europe, and […] 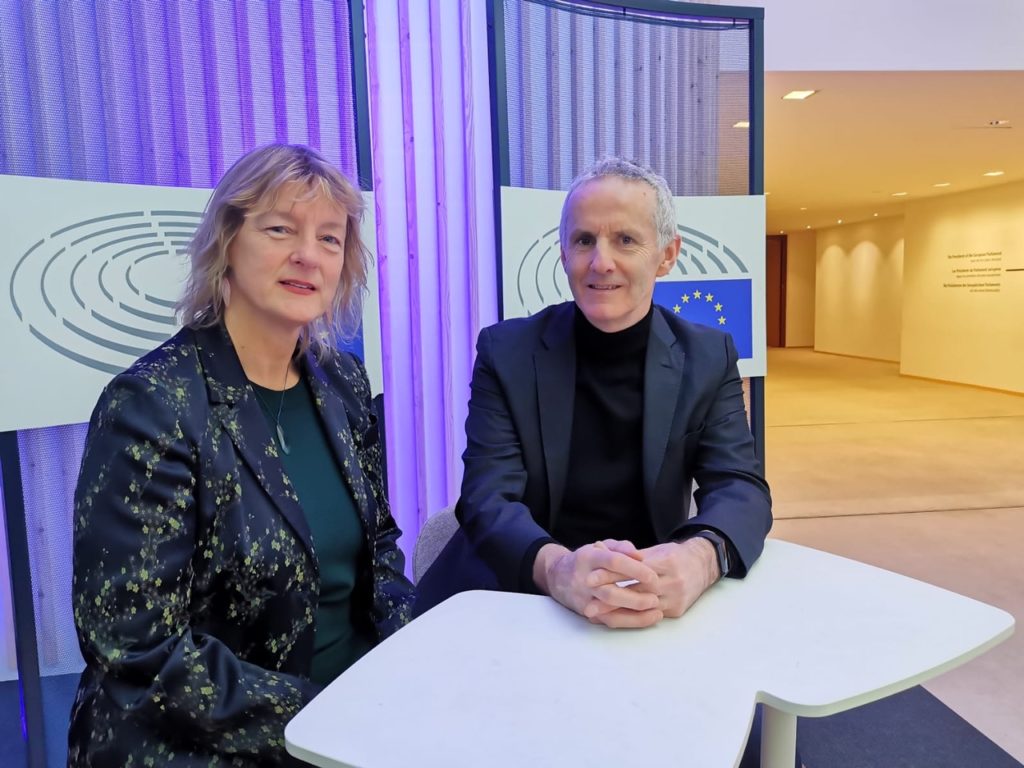