DeBarra’s Folk Club Clonakilty are back in business at last this month, hosting world-class live performances to audiences in their intimate outdoor setting, the beer garden and brand new yard garden.

DeBarra’s are also thrilled to present a world-exclusive collaboration between story and song. Acclaimed West Cork based British writer David Mitchell (Cloud Atlas, Utopia Avenue) will virtually join one of New Zealand’s most cherished singer-songwriters Hollie Fullbrook of Tiny Ruins for a unique and intimate performance.

During lockdown, Fullbrook reimagined prose by Mitchell as songs, while Mitchell reimagined songs by Tiny Ruins as short fiction. If ‘I Were a Story and You Were a Song’ presents their cross-pollenated co-creation: a mosaic of bewitching music and reflective stories. WORD is thrilled to have commissioned this show and to be sharing it with you.

Speaking about the re-opening, Ray Blackwell, manager of DeBarra’s venue says: “DeBarra’s is like a big old mythical creature and she’s been asleep for a while…now she’s waking she needs her belly rubbed and ears scratched regularly.

“It’s great to hear music and laughter and applause in her once again, to witness experts in their craft and trade back doing what they do best… It stirs the beast, tends the itch for now, and gives us some hope for tomorrow. Onwards!”

This programme is supported by the Department of Tourism, Culture, Arts, Gaeltacht Sport and Media. All shows have limited capacity so early booking is advised. Tickets will be made available to DeBarra’s members before going on general sale. Find out more about becoming a member at debarra.ie

Tickets for the world-exclusive viewing of “If I Were a Story and You Were a Song” by David Mitchell and Hollie Fullbrook (Tiny Ruins) are available at www.wordchristchurch.co.nz

Wed Aug 11 , 2021
This month we have a true Blue Moon. It’s the second Full Moon in the sign of Aquarius. The first was on July 24. This keeps the Aquarius theme, which has been prominent since late 2020, on the front burner. We also have further activation of the tense square between […] 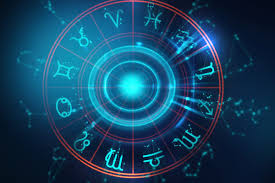