This June sees the 10th Clon Bike Fest, and a proper celebration of all things two-wheels is planned! From humble beginnings in 2011, the Clonakilty Bicycle Festival has held true to its organic DIY ethos and become a popular and much-loved town festival over the years, signalling for many Clon people ‘the start of the summer.’

Taking place on the second weekend in June every year, Clon Bike Fest has always aimed to be as inclusive as possible, hosting four days of free events involving all kinds of fun with bicycles – from the hugely popular ‘Meals on Wheels’ (a five-course mystery dinner party on bikes), the annual ‘Cycle-In Cinema’, kids hullabaloo, yoga and picnic events, and the Free Bike Clinic (which grew into ‘The Bike Circus’, Clonakilty’s community bike workshop).

Memorable events over the years have included Clon’s first ever ‘Cycle-Powered Cinema’ in 2016 set up in The Venue of O’Donovan’s hotel with four stationary white bikes needed to be constantly cycled to power the film projector; ‘To Will or not Two Wheels’ with Shakespeare performances on bikes; the birdwatching ‘Estuary Cycle’ and who could forget 2019’s ‘Bikeoke’ in DeBarra’s, karaoke while riding a bike!

This year, due to public health interests, an interactive line-up is planned, with most events broadcast on YouTube live and solo or family/pod group cycles to be incorporated into the fun. The festival kicks off on June 10 with an international welcome and the annual ‘Blessing of the Bicycles’ online. Other events include a ‘Big Kids Public Art Project’ with a competition to create the funkiest craft bikes that will be displayed around the town, a pop-up bike workshop to drop into at Inchydoney, a film screening event live on YouTube, an Art/Music Collaboration between composer Justin Grounds and artist Becky Hatchett, a zoom fractal ride (a zoom group call on bikes!), a wine, chocolate and bikes evening on YouTube with Fionnuala Harkin and Allison Roberts and a final blow-out zoom dance party!

There is also a 10th Anniversary ‘ZINE!!’ to get your hands on, and a special edition collection of 10 illustrated postcards to purchase, which all helps fund the festival into 10 more years!

To get involved, head over to www.clonakiltybicyclefestival.org

Tue Jun 8 , 2021
In 2020, ‘Handmade by Kata’ metamorphosed into ‘Cotton Caterpillars’ and introduced itself to the world. With the help of her Local Enterprise Office business owner and creator Kata O’Donovan brought her rebranded vibrant and funky organic cotton range from Clonakilty to Dublin to Showcase Ireland at the RDS. Suddenly Cotton Caterpillars […] 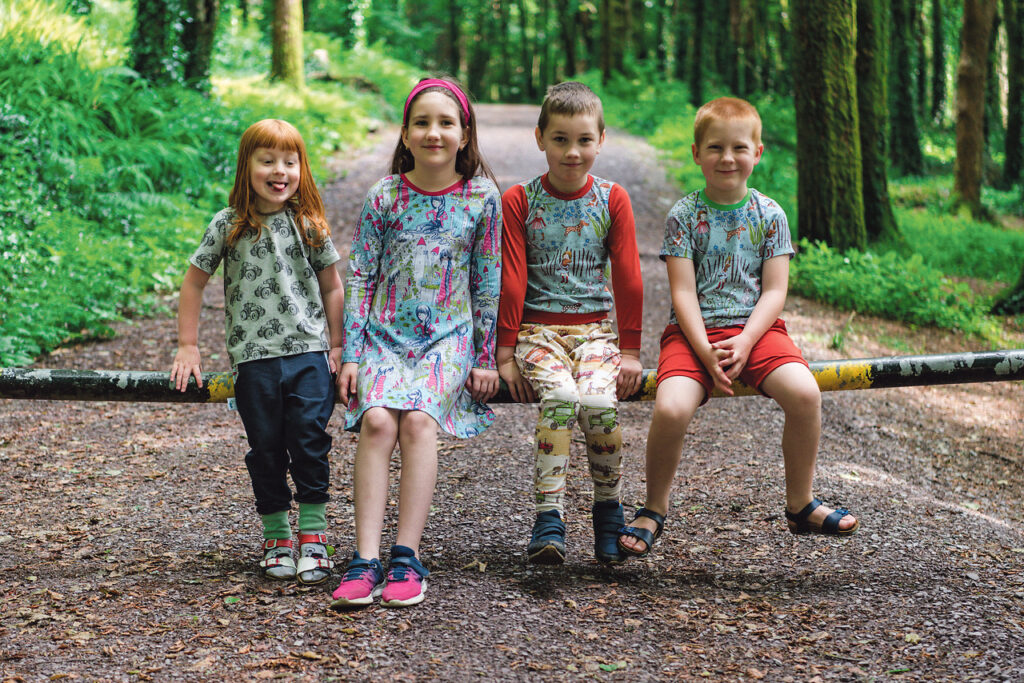