While most of lockdown was spent in her studio in Berlin, artist Noël O’Callaghan admits to very much missing Ireland during this period, so much so that it provided easy inspiration for her work in this year’s West Cork Creates exhibition ‘Home Ground’.

“I began to paint from memory places I had often painted in situ,” she explains. “I used no reference material, preferring instead to let arrangements distilled from memory take shape, almost of their own accord on the canvas.”

While Noël has a studio in both Berlin and West Cork, she has been spending more and more time in Ireland recently and, since 2018, she has been busy renovating a former pub in Drimoleague with her partner, which now houses a studio for both of them and a pop-up gallery.

Drimoleague was the homeplace of Noël’s father, the noted painter, Diarmuid O´Ceallacháin (1915-1993). O´Ceallacháin was in charge of the painting department at the Crawford Art School from 1940-1970.

“Painting was part of the fabric of home life…There was always a smell of linseed oil in our house,” shares Noël, who now divides her time between Berlin and West Cork.

“My father was constantly drawing – everywhere and all the time – and I was always watching him. I learned the importance of it from him and was fascinated by the gestures he made while doing this – the arm movements and the way he would size up the subject while getting it down on paper in a swift, decisive action. Sometimes he would take me sketching with him in the countryside. I have one vivid memory of being a small child sitting up on the bonnet of the car – the warmth of it, as I sat and sketched the field patterns of the valley below. I was later delighted to find my drawing from that day among my father´s papers.

One of the most important lessons Noël says she learnt from being around him was “to be true to yourself, regardless of what others think”.

“He was very different to everybody else – always doing things his own way and wearing clothes that were a little different. In the conservative Cork of the 50s and 60s and 70s, he would have been considered unusual or even a little ‘mad’.”

Inspired by her father, Noël can’t remember ever wanting to be anything other than an artist, however, by the time she followed in his footsteps to the Crawford to study art, he had retired from his post and it turned out the Crawford wasn’t such a good fit for his daughter. “I found the school-like atmosphere stifling compared to the artistic education, which I was absorbing at home,” she explains. She left and turned her attention to studying English Literature and History at UCC, where she became very involved with the Dramat – the university theatre society. Here she discovered a love and a talent for acting and, after graduating, she accepted a job offer with the newly formed ‘Graffitti’ Theatre Company. After two years touring with ‘Graffitti’ it felt time for a change of scene and Noël decided to relocate to Berlin where she soaked up the historical and cultural influences.

“West Berlin in the 1980s was a very unique place, circled by the Berlin Wall, with the scars of the war still apparent in the shrapnel-pocked buildings – It was the history I had studied come to life,” she shares. “The cultural history was also one I had always been interested in and one I identified with. The German expressionist painters had always been favourites of mine – Emil Nolde, Käthe Kollowitz, and The Brücke movement – and also Edvard Munch, who himself lived in Berlin. Brecht and Weil were for me the pinnacle of theatre: Bauhaus was my ideal of modern design. They had all been influences on me, and, fused with the sensibilities of the Punk Generation, I naturally gravitated toward the cultural possibilities that deserted factories and half-bombed areas provide – in a city that has a good social infrastructure, supports the production of art, and addresses the basic needs of it’s citizens in terms of housing, health care, youth centres etc. That was West Berlin before the wall came down. There was always work to be picked up – in youth centres, schools and bars – and because accommodation was so cheap, you could manage on two or three days work a week, leaving plenty of time for art and life. Nowadays Berlin is a different city where property speculators are eating the heart out of it.”

After working for a short time with a Commedia del Arte Theatre, in 1988, together with her partner, Douglas, and another friend, Noël formed the Turkish-Irish Speed Folk band ‘Alice Brennen’, playing regularly in Berlin clubs and touring Spain and Turkey. When the wall came down in 1989, the band, which had grown to six and later nine musicians, toured the former East Germany. Noël bought a guitar and was West Berlin´s first solo female busker which, as well as being fun she says, also paid the bills.

While music and theatre was during those years in the foreground of life for Noël, she continued to paint and draw. Her father’s death in April 1992 was the impetus she says she needed to return to painting fulltime. “I was struck by the thought of all the knowledge that was gone with him – the colour-mixes, the way of looking at the world and of making lines. It made me realise how much it all meant to me – and always had.”

While she favours energy over academicism in painting, drawing is nonetheless an important aspect of Noël’s work.

Whatever the subject matter, be it a life drawing or a landscape, she explains that her intent is always to create a sense of immediacy, honesty and freedom.

“I am trying to express the world around me directly as I see it. I never expect anyone else to understand what I am doing and am always pleasantly surprised if people do. I want my work to be open and transparent in its construction so that how I arrived at the end juncture is clearly viable for those who wish to analyse it.

“It’s a sort of deconstruction of the painted surface, which couples formal arrangements with very fluid and spontaneous mark-making. The support or ground (the basic surface of the painting for example canvas, wood, paper) is an important element for me and I like when it is evident in the finished painting. The unpainted area is as important for me as the painted. One defines the other as silence defines words. I want a feeling of rawness in the painting – the acknowledgement that this is a material object. I am trying to express the lyrical beauty and its effect on me but in a sparse, unsentimental way – much as a very young child does.

“I spend a lot of time mixing colours and trying to find new harmonies that excite me.”

While painting has become her full-time occupation, music and theatre have not left the life stage for Noël and in fact impact her painting.

“I play percussion and have recently got a full drum-kit, which I love playing. The structure of a drum (as a stretched skin) and stick is not so far removed from brush and canvas. Both the drum and canvas have a spring or bounce. The rhythm of the brushstrokes is important to me when painting and I tend to apply them in volleys much like playing. The tail-off of a brush stroke is a delight to me in the same way as the resonance of the last note of a musical piece. Words such as tones and harmonies are common to both music and painting. Much like a song is formally structured into verse, chorus, bridge etc., a painting is also formally arranged. Placing of elements is very important, regardless of whether the painting is representational or abstract.”

She explains how the immediacy of playing gigs or live theatre also has a resonance in that, in her painting and drawing, the action is as important as the finished work. “I am very active when painting – never sitting down but walking swiftly for miles back and forth between the easel and the wall, and my viewing position at the other end of the room. When I paint outdoors, I cycle everywhere with all my gear on the bike. The feeling of the unrepeatable moment is ever-present for me and this is a sense of urgency, which live performers will understand.”

Noël’s durational work ‘Live’, based on life-drawing in public spaces, was the first art event to be part of the Dublin Theatre Festival’s main programme in 1995. She has been commissioned for a number of public art projects in Berlin and has exhibited widely in both solo and juried shows, including the Oireachtas, the Crawford Open and Iontas. In his catalogue essay, Iontas adjudicator gallerist Bernard Jacobson singled out her work for its honesty and originality. “I was delighted, not least because he was the gallerist of my teen hero David Bowie!” she shares. In 2020 she was shortlisted for the Janet Mularney prize and selected for the Highlanes Gallery Open Submission Exhibition. Her work can be found in private and public collections in Ireland, Germany, UK, China and USA. She has received awards from the Irish Arts council and the Berlin Ministry of Culture.

While there have been many highlights throughout her career, one of the nicest things to happen she shares was an exhibition of 30 of her and her father’s paintings at Uillinn in December 2018 entitled ‘Affinities’. “In this show, works of his which had a special significance for me hung alongside works of mine, which I felt may have been unconsciously influenced by them. It was lovely to bring his work back to his birthplace.”

Noël is currently showing in the Boyle Arts Festival exhibition ‘Crossings’ and will be showing at the McKenna Gallery in Northern Ireland in the Autumn.

Mon Aug 9 , 2021
Geoff Greenham is a photographer who fouces on landscape, still life and portraiture (mostly informal). He also uses software to make composite images. His photographs in this year’s ‘Home Ground’ West Cork Creates exhibition “feature places in Skibbereen as they were in 1990 incorporated into images of those same places […] 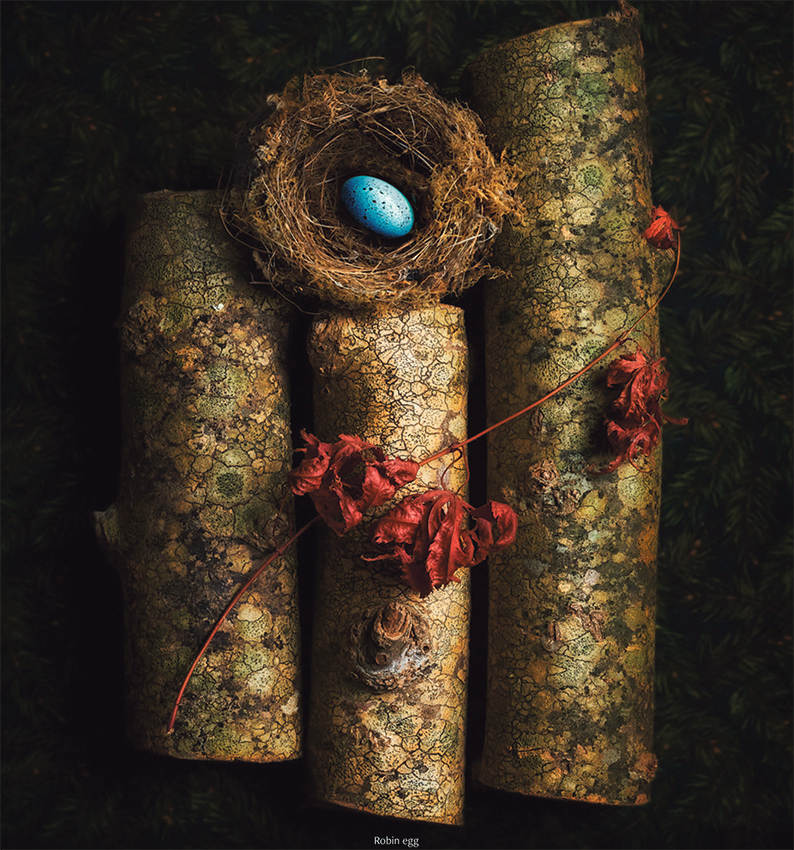