Almost everyone is familiar with the Renaissance, and most of us will have heard of Impressionism. Beyond that, however, the lay-person’s knowledge of art history gets a bit sketchy (no pun intended!). A mention of ‘Baroque painting’, for example, might prompt an unintended yawn (not that complicated art history stuff!).  But if the Baroque was a cocktail it would be the most intense taste of your life – a blast of flavour with an alcoholic moon-kick; as intense as a Caravaggio, a Rembrandt and a Rubens – three names which exemplify 17th century Baroque painting.

The 16th century Italian Renaissance, in contrast, would be a vintage wine, taken with a mouth-watering meal. Renaissance painting is all poise; beautifully restrained strength, classical proportions, classical beauty; full of light and sumptuously sectioned colour,  the latter revealing its debt to Byzantine and Medieval painting. But mostly its debt is to the sculpture, painting, logic and rhetoric of classical Greece; it is the culture of antiquity that the Italian Renaissance sought to revive, with all of its elegance, power and balance.

Caravaggio, with his gritty realism and earthy palette, was a pure shock to the idealism of the Renaissance; as were the voluptuous nudes of Rubens and the thickly encrudded paintings of Rembrandt. These 17th century artists brought a new level of realism into painting, one that was closer to every day life and less bound to the idealistic heavens. They also brought into painting the dramatic moment, the moment of confrontation and conflict, and in doing so used the most dramatic lighting they could, the intense darks and lights we know as chiaroscuro.

Italian Renaissance painting was as light as the Baroque was dark. Its most powerful patron was the Vatican, and whilst it was filled with the spirit and form of classical Greece, it was predominantly the tool of the Catholic church. Its message was triumphant and empirical: it expressed the might of the Vatican at the height of its power. It did this extremely well, for classicism is both tragic and triumphal, and even in its expression of tragedy its carriage is heroic.

It is not possible, of course, to re-create the conditions of the Renaissance; this was a broad cultural revival that encapsulated everything from philosophy and literature to geometry and architecture. Painting was only one part of this interlinked movement, spurred on by the rediscovery of the culture of antiquity. Classical revivals have occurred since however, in the 18th and 20th centuries. In 18th century Europe this manifested as a neoclassical movement encapsulating all of the arts. In the 20th century neoclassicism, with its sense of heroic triumphalism, was largely hijacked by Nazi and Soviet culture and has been tainted ever since.

Whilst the heroic triumphalism of the Renaissance is out of step with our own time and culture the Baroque is a different story. Full of dramatic catharsis, brooding melancholy, pathos-filled narrative and gritty realism, Baroque painting reads like a script for contemporary Western culture. It is no wonder then that the Baroque painters of the 17th century are having a profound impact on a new generation of figurative painters, many now in their 30s and 40s, seeking both a return to figurative mastery and a mode through which to express the world’s turbulence and beauty.

It is perhaps no coincidence that a neo-Baroque movement in painting is rising against a backdrop of conceptualism (where an idea alone will do), the eternal twilight of the postmodern (where everything goes and aesthetic standards are obsolete), and the myth of modernism (which seeks ultimate abstract purity of expression). There is a thirst amongst painters moving in the neo-Baroque direction for the roots of their craft; for the magic of a subtle and emotively powerful figuration.

Next month I’ll be looking at some of the leading figures in this generation of painters. Some, such as Guillermo Lorca, seek to create a new world of Baroque fantasy, whilst others, such as the Italian Nicola Samori, seek to re-create Baroque masterpieces only to partially destroy them. I’ll also be looking at the Norwegian master Odd Nerdrum and the work of the Nerdrum School of painters, for whom pathos, dramatic narrative and human connection are key.

The cocktails are ready; chin chin.

Thu Nov 4 , 2021
A new art exhibition, featuring 30 paintings and drawings by Bantry based artist Catherine Weld, is opening at Cork County Council’s Library HQ Gallery. The solo collection, called ‘Fragile Island’, will run for four weeks from October 29 to November 26. The artist will also host a free workshop in the […] 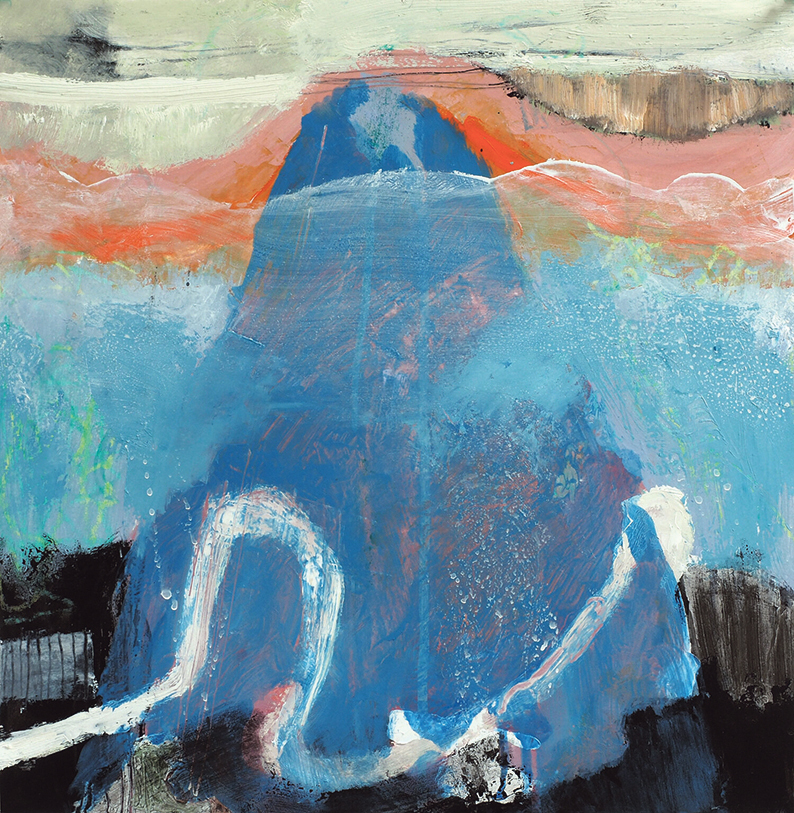