Clonakilty native Julie O’Brien Grodewald, who owns a bar in midtown Manhattan, The Junction NYC, continues writing in a series of letters from New York City, where a wave of violence and looting in the midst of lockdown has now spread across the city, as thousands of protestors take to the streets after the death of George Floyd at the hands of Minneapolis police. Julie is married to Stevie and they have a two-year-old daughter Izzy.

I walked through my neighbourhood in the east village on Sunday with my daughter and my husband. It was such a lovely morning spent with my family. We made a stop at Puerto Rico coffee imports to get some fresh coffee and we visited the market. On our way home we passed a bank that was being cleaned of all the broken glass from the windows – one of the places struck by the riots the night before. I immediately felt unease and fear for my own place of business.

Later that night Soho was looted nearby. The designer stores…Apple, Louis Vuitton, and Chanel…were picked clean.

People are running around with stolen Rolex’s on their arms and setting fire to trashcans and police cars.

Since Monday, NYC has been put under curfew and the National Guard is standing by. It sounds like a warzone outside my window with the non-stop wail of sirens and helicopters circling overhead. We are a mere 10-minute walk away from Union Square where all the protests are happening.

My two-year-old walked into the kitchen and hugged my leg and said she was scared.

Early yesterday friends who worked in the neighborhood called to say the offices and stores around The Junction were being evacuated and everyone was being sent home. The NYPD was trying to clear the neighborhood for a protest just in case things turned unruly. It was making its way through midtown from Times Square and headed towards Lexington Avenue.

Carol, the older lady who lives above the bar, called and said she would help me nail the plywood back up on the window and door.

I hurried up to Junction. I could hear my heart beating. I made it just in time before a sea of people swept past the bar. I stood in the dark confines of the bar looking out. Thankfully a peaceful protest … it was still bright out…the looting waits for darkness.

Since I last wrote, we reopened The Junction for takeout and delivery – and closed it again: it was a massive failure. I am not one to call it a day and quit before I have tried everything in my power to make something work.

Opening at this point when no dine-in service is allowed was probably not the best decision but at least we tried. Our clientele in midtown Manhattan was just not there. The offices are still closed and probably will be for another couple of months and the hotels that surround us have been transformed into homeless shelters…. there are so many now panhandling at every corner and hanging in our door looking for change.

The first day we opened, some friends came out to support us. There had been no guidelines really handed out by the city at this point as to what bars and restaurants were supposed to do and it seemed the places on the upper east side and village were doing ok with the whole ‘To Go’ business and so why not us.

That day my heart sank in my stomach and I knew it would be a long battle if we remained open. The 311 calls started to come in (311 is the number you call for complaints – the City set it up a few years ago to relieve some of the demand on the 911 emergency line in NYC). A few people had gathered outside and it led to visits from the NYPD who, to be fair, were extremely understanding and actually told us that it looked like we were doing everything to code and abiding by the new laws of the state. They acknowledged that the few people gathered outside seemed to be enjoying themselves but abiding by the rules. They asked us to keep an eye that things didn’t get out of hand. ‘Welcome back” the officer said and they left with a smile and a wave. Then the phone calls started coming in, – from the same person – number blocked of course. A nasty voice telling me that “You are the reason people are dying”… I told my friends out front “thank you for coming to support but let’s call it a day”. It was only 6.30pm.

The next couple of weeks were spent stepping on tippy toes asking people to “walk away after you get a drink” and “you can only get a margarita if you order food” and “no you cannot use our restroom even though you ordered from us, I’m sorry it’s the new law”.

It beat us down like you wouldn’t believe. You could see the life being sucked out of the two girls that I rehired, Diane and Sarah, and they were only back to work two days a week each. I felt like I’d aged 10 years in two weeks. The money coming in wasn’t even paying their wages. We were all emotionally exhausted. It was time to call it a day… For a second time!

Most of the people marching on the streets of New York right now are honest Americans who are trying to protest in peace about the brutal killing of a man.

But then you have your run-of-the-mill opportunistic criminals. While the police are so occupied corralling peaceful protesters and the streets are filled with smoke, it’s pretty easy to break into whatever store you want.

Last night, the darkness brought with it another night of unrest and violence across the country. The 11pm curfew failed to curb any looting last night as Macy’s flagship store in Herald Square was attacked amongst other stores in midtown. Target, Verizon and some other stores right by our apartment were ransacked. We closed the windows and turned the fans up high to try to deafen the sounds of this city that never sleeps. Tonight we will have an 8pm curfew.

My heart aches for everyone treated with hatred and disdain over the colour of their skin…. People who have the same colour skin as my neighbour, my customer, my friend.

I also feel for my friends – police officers or fire fighters – who are not in any way racist, but have to put out the fires of Molotov cocktails and tame the crowds trying to break down the windows to businesses such as my own.

The people looting are not revolutionaries. They are not part of the protest and the cause that I believe in. Black lives matter!

I am not surprised that after a few months of Covid-19, lockdown tensions are high and people are tired. Tired of being forgotten about and tired of not being helped in a place where it seems that the rich get richer and the rest of us get brushed to the wayside.

I hope that something positive comes of all this. I hope the people are heard and that the violence will end soon. We are all together in a world that is torn apart by racial divide and economic unjust.

The plywood is nailed back on the windows and doors of The Junction. We will wait for better, more peaceful times.

I hope that the small business owners in this whale of a city won’t get swallowed up and will have the strength and perseverance to try again and make things work. It will take great determination and endurance.

This won’t be in vain. It’s time for change!

Use and Value Renewable Resources

Wed Jun 3 , 2020
PERMANENT CULTURE Principal #5: Use and Value Renewable Resources Allison Roberts looks at the permaculture principal ‘Use and Value Renewable Resources and explains how from simply line-drying our laundry to using renewable energy to power our homes and businesses, we can all seek out more natural, less-resource intense solutions to […] 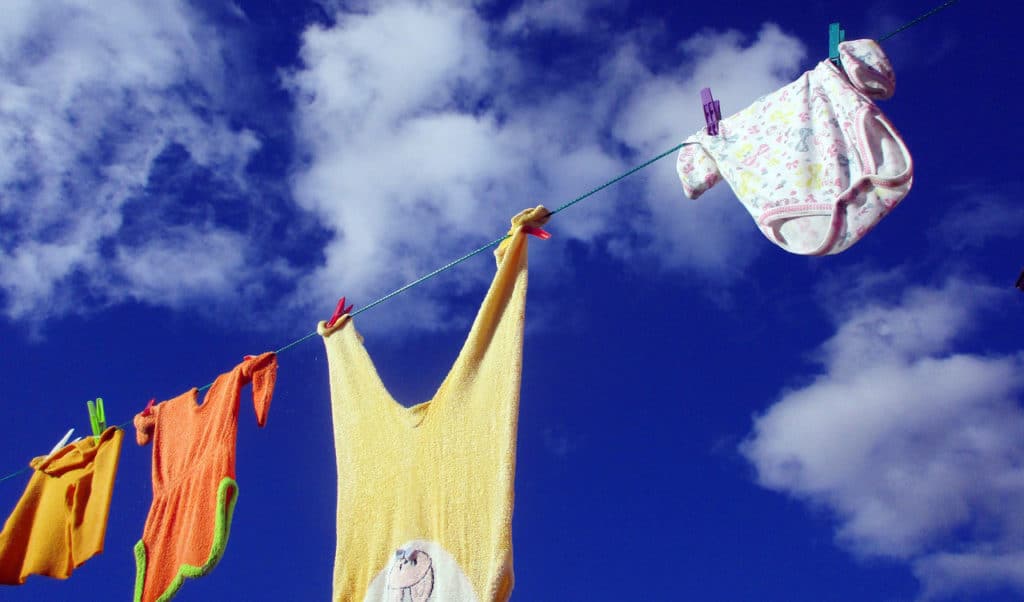