The Republic of Ireland, unlike so much of the globe, tends not to fancifully display our nation’s army. We don’t indulge in demonstrations of military strength or use the army to bulwark government achievements or occasions. They are often seen in ceremonial roles, small numbers, in remembrance of an anniversary or tragic occasion. Most of us will remember that up to recently, you might see a few armoured military vehicles accompanying security vans who ran money to and from banks. At times of natural disasters, they are a welcome sight on our television screens, saving stranded families in floods, building sand banks and assuring the civilian population that the military in this country, goes about its business, somewhat under the radar. It is spoken about with respect but not sung like a soaring opera. Maybe our perception of the Irish military is somewhat muted due to our neutrality, pacifism, or even dark history of violence with British armed forces; and you have to admit that militarism is not a visual force in Ireland. But then, there are those men and women that stand out if you catch them on occasion. Whether it’s their rare appearance on our streets, or that instantly recognisable sky-blue beret, we all know when we see an Irish UN peacekeeper.

The tragic death of private Sean Rooney and the critical condition of his comrade in arms, Sean Kearney, has once again turned the spotlight at Irish peacekeeping forces abroad. Whatever our attitudes to war and conflict, there is always a pride when our soldiers form part of UN peacekeeping forces in troubled hotspots around the world, from the Congo in the 1960s where we lost 26 men on active duty, up to the Lebanon today, where private Rooney was killed. What I want to do is look at what has gone wrong in the Lebanon and examine why that country has become so engrossed in violence? I can never remember a time, even as a child, where that poor country was not in the news for killing, maiming and violence. The sad truth is that its tragic history stretches far back, to when its ancestors created the first alphabet. Even then, they were recording violence and upheaval. A land that flourished with some of the first civilisations has become less civil a place to occupy over the centuries. Why is this?

We are all prisoners of geography. Our own physical proximity to Britain, made us ripe victims to be colonised and planted by generations of British military forces. The Lebanon, sitting between modern day Israel and Syria, was central to the most active trade route for millennia on what was the most important sea for expansion, commerce and learning – the Mediterranean. Its prime position meant that since humans began to roam, it has been occupied by Greeks, Romans, Persians, Muslim Caliphates, Christian Crusaders, the Ottoman Empire, France for a brief spell, and in more recent times, invaded by Israel, Syria and briefly scores of American troops. Pretty traumatic right? Statehood as we know it, is really only a twentieth century construct, so we can be lulled into thinking that each country has definable characteristics unique to that country. Lebanon, by virtue of its multiple ancestry, should be a place of tolerance and acceptance. But Lebanon’s rainbow-coloured cloak of identity, has been stained with blood rather than enriched by it. Instead of a land that should have a well of cosmopolitan brother and sisterhood flowing in its veins, its mixed past has had the opposite effect. It has entrenched religious and ethnic differences and pitted them against each other for supremacy. Their governmental system is set up so that the president must always be a Maronite Christian, the prime minister a Sunni and the speaker of parliament a Shia: It is a system infected by the empires and colonisers of Asia, the Middle East and Europe.

The Middle East sphere is strongly associated with Islam, but the Lebanon was one of the earliest examples of a fortified Christian enclave. According to the Bible, Jesus spent time in this area, and we can trace the later rise of Christianity within the region of Lebanon. Muslim invasions from the seventh century brought Islam to the country, until it became the dominant, but far from only, religion there. Christianity still flourished in large pockets but like elsewhere in our world, religion became reason to kill rather than hate. In the 1860s under Ottoman rules, tens of thousands of Christians were killed by the Druze Islam sect, without any sanction or censor from the Ottomans. The more modern problems stem also from internal fighting between Muslim sects. In the same way Christians in the guise of Protestants and Catholics, have murdered each other in the name of God, the Islamic world has this disease too. The Sunni Muslims [who claim their theology directly from Mohammad] and the Shia Muslims, have also wreaked havoc in the region in the name of Allah. After the Great War, the French took it over as a protectorate and there was an attempt to normalise trade and civic spirit. Let’s not fool ourselves into thinking it was simply the French colonialist attempt to be benevolent here. We know colonialism doesn’t work like that. Oil was the new gold and the new motorised world of the twentieth century was thirsty. After the withdrawal of the French in 1946 there was a period of harmony where Lebanon and Beirut grew its tourism and economy, promoting some observers to nickname it the ‘Paris’ of the Middle East. Yet the start of one of the bloodiest chapters was on the horizon with the outbreak of fresh hostilities and the civil war in 1975.

To bring it on to more modern influences, a more aggressive and expanding Israel, forced many Palestinians to flee its Palestinian territory into exile into Lebanon. The close proximity to each other meant the rebel Arab grouping called the PLO, were able to launch attacks from with the Lebanon, prompting an Israeli invasion into it in 1982. The toxicity of antisemitism and anti-Muslim  became yet another incendiary device in this complicated theatre of terror, as Islam and Zionism clashed. The Syrians, wishing to ‘restore’ order, invaded the north of Lebanon, promoting another kind of conflict. But the greatest threat to peace was beginning to fester on the religious tensions. Yet another rebel/terrorist/freedom fighter – take your pick according to your perspective – emerged. Hezbollah. Israel then and now, are deemed a threatening force to the middle eastern Islamic block and Shia Iran funded Hezbollah to fight against Israel. Meanwhile, the powerful Saudis backed Sunni organisations in Lebanon. This Muslim v Muslim tension is a result of Shia-dominated Iran and Sunni-dominated Saudi Arabia, fighting proxy wars against each other in places like Yemen and Syria for dominance and control of the region. Lebanon, is caught in this trap too.

Israel, while occupying southern Lebanon, stood by, and allowed Christian Lebanese militiamen to massacre thousands of refugee Palestinian Muslims, in refugee camps. Yet the Christian enclaves began to shrink and further recede in that period. USA stepped into the fray. In the 1980s, the USA followed a particularly aggressive military agenda from central America to the middle east. President Reagan sent them there as a peacekeeping group, but many felt it was just another cold war military strategy. Yet they retreated from Beirut in a hurry when 241 American marines were killed in their base. The cause? A deadly new weapon – ‘the poor man’s atomic bomb’. The term we use today is suicide bombers. This was developed in Khomeini’s revolutionary Shia Iran and now exported to Lebanon with devastating consequences. But in this case, the bombers were the initiative of the Syrians [allies of Iran] under Hafez-Al-Assad, father to the current dictator of Syria, Bashar-Al-Assad. Hezbollah was at the centre of it. The same group that has its fingerprints over the death of Sean Rooney.

Ireland’s history is a sad and tragic one. We often think of ourselves as one of the most pressed upon. Yet Lebanon’s history is so much more devastating and prolonged. Indeed, it seems to have no end. Peacekeeping has not stopped the fighting nor will it, but it has helped stem some of the awful sectarian, genocidal massacres of past decades. Lebanon is doomed because it is the stomping ground for too many powerful forces, Iran, Syria, Israel, Saudi Arabia and the various terrorist groups that have germinated there, [as well as external meddling from superpowers who look to control the middle east for their oil]. Unity is their best way out, but history has divided them, and into this divide, human nature retreats. For me it highlights the danger of borders, nationalism and religion. It’s our commonality that will save us, not what makes us different. Putin, Trump, Zi Jinping, Johnson are other versions of a nationalism that ‘excludes’ instead of ‘includes’ people. True peace can only be achieved, not by simply embracing diversity, but by embracing the only thing we all have in common – our humanity. Our oneness.

Mon Jan 16 , 2023
‘Ní hé lá na báistí lá na bpáistí’ (the day of rain is not the day for children). Anyone who has ever tried to entertain young children when it is too wet to go outside – especially on holidays – will appreciate the accuracy of this proverb. There is hardly […] 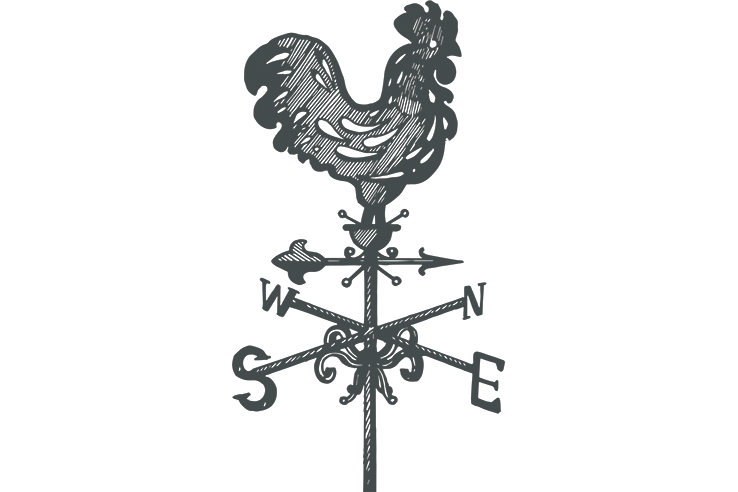