TikTokers are currently infatuated with Chlorophyll and the craze has even reached West Cork – we’ve had a number of young people coming in recently asking for Liquid Chlorophyll because they have watched videos claiming that it is great for everything from aiding weight loss to clearing up acne. But what is Chlorophyll and why is it suddenly so popular?

Chlorophyll is actually all around us – literally so in Ireland, since it’s what gives grass and leaves their green colour! It is also what allows plants to convert sunshine into nutrients via photosynthesis.

One of the primary ways of including chlorophyll in the diet is by eating green vegetables, such as kale, alfalfa and spinach. Wheatgrass is particularly rich in chlorophyll and is available to purchase as a powder, juice, or capsule, or if you are very adventurous you can grow and juice your own. Wheatgrass Juice is probably the most concentrated form of natural chlorophyll there is.

When people first started coming in looking for ‘Liquid Chlorophyll’ we were a little bemused. In Organico we have so many different Super Green supplements that all contain high levels of natural chlorophyll that it’s hard to know where to start – Liquid Gold is a particularly popular liquid multivitamin for example (it’s actually green not gold). Then you have Chlorella, Spirulina, Wheatgrass, Barleygrass, and options like NuZest Green Vitality powder (I’m taking this at the moment, and it certainly works as a morning energy boost). But while all these superfood liquids and powders contain chlorophyll, they aren’t called ‘Liquid Chlorophyll’.

Supplements actually called Chlorophyll drops and Liquid Chlorophyll aren’t entirely chlorophyll however. These contain ‘chlorophyllin’, a semisynthetic, water-soluble version of chlorophyll created by combining sodium and copper salts with chlorophyll. This is a water soluble, so it’s unlikely to cause any problems if too much is taken, but we would still prefer to see people taking a natural food-based Super Green supplement, because they have been around much longer and we have had many positive reports of how well people feel when they take them.

Many people take Super Green supplements for the antioxidant they contain. Because the water and sometimes even the fibre has been taken out, this is a way of getting a very concentrated dose of nutrients, which can help fill the gaps if your diet isn’t quite up to scratch, or you feel that you need a tonic to get over illness or get through a stressful period of time.

Antioxidants work as anti-inflammatory agents inside the body, helping improve the body’s immune function and response, as well as helping to protect our cells from the destructive effects of pollution and toxins in our food and environment.

Super Green supplements are also widely taken to boost energy and endurance, and some would be taken instead of a multivitamin.

As some people on TikTok have alluded to, scientists have also researched the potential anticancer effects of chlorophyll. One 2001 study from Johns Hopkins found that “taking chlorophyllin or eating green vegetables – that are rich in chlorophyll – may be a practical way of reducing the risk of liver cancer and other cancers caused by environmental triggers,” as explained in a press release by study author Thomas Kensler, PhD. However the research is limited on the specific role chlorophyll might play in cancer treatment, and “there just isn’t enough data at this point to support these benefits.”

So what’s the take home message from this Tik Tok Chlorophyll craze? Chlorophyll occurs naturally in most of the plants we eat, so ramping up your green vegetable intake (particularly with veggies like spinach, kale and cabbage) is a natural way to increase the amount of chlorophyll in your diet. However, if you are interested in taking a chlorophyll supplement, we would recommend you look to a natural super-greens supplement that contains ingredients such as Wheatgrass Juice Powder, Spirulina, Chlorella or Blue Green Algae. As well as containing chlorophyll, these supplements will also contain protein, vitamin E, magnesium, phosphorus and many other essential nutrients. As always, we would advise you look for a good quality brand, and make sure the ingredients are organically grown.

Try your local Health Food Shop, or if you prefer to shop online we have a list of the Super Green supplements we carry under the Health category on www.organico.ie. For more advice email us on info@organico.ie. Have a great month!

Wed May 5 , 2021
The other day I was on a particular Facebook page about dogs. Someone had a new puppy and wanted to know how to get him to walk quietly on the lead. One guy replied that the first few times he put his dog on lead he held it so tightly […] 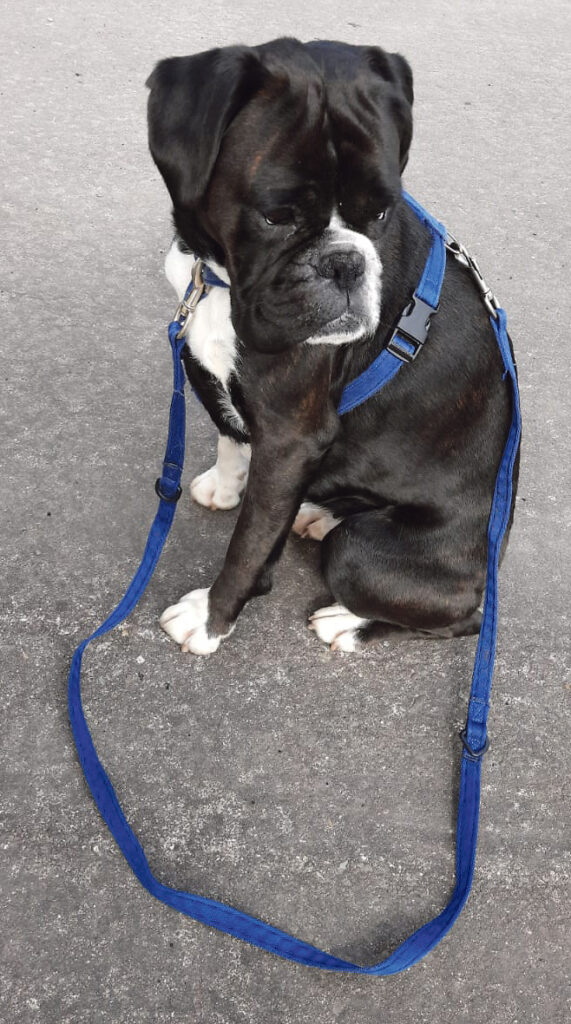