The Greeks are often cited as the fathers of modern philosophy. One strand of philosophy they debated centred around the nature of truth. How can we trust any information? The answer – to disbelieve everything you know and relearn it through personal experience and empirical knowledge. They also concluded this was impossible to do. So where does that leave us 3,000 years later? Pretty much in the same place the Greeks found themselves in. Who do we trust or, more importantly, what sources do we trust in our lifelong quest for the truth?

I once put a question to one of my history classes: why should they believe anything I teach them? One answered “because we are using a school textbook”. Another referred to the curriculum as set out by the government. Yet another declared that I had been educated and trained as a teacher so was a trustworthy source. The best response was when one lad said he never listened to a word I say anyway, but in all seriousness, if I were a teacher in Stalinist USSR, Nazi Germany or modern North Korea, none of those answers would guarantee that I was telling the truth rather than simply fulfilling the propaganda of the state in my role as a teacher. Thankfully, we don’t live in an authoritarian state run by a dictator but there are many people who believe that the neo-liberalism of Europe is just as bad; that secularism is now the agenda, that there are too many bureaucrats, and that closer international co-operation is a bad thing. It is not an unpopular thesis. Indeed it is the central tenant of Brexiteers, Trump supporters, religious fanatics and currently, anti-vaccinators.

One of the best things we can teach our children is that a healthy level of skepticism is a good thing. In a classroom, an interpretation of a poem or a story in English class can elicit a variety of different yet relevant answers, not just one standard response. The aim has always been to develop a student’s critical thinking – not simply a regurgitation of the facts. Always question the information. Always question the source and, in a growing world of social media influence, always question the platform. A recent example of this is when Twitter began to fact-check the unsubstantiated voting fraud claims posted by followers. Hundreds of thousands of disgruntled Trump supporters left it for a new platform called Parlor. Why? Because you can say what you like on that platform with no fact checking, leaving only an echo chamber where people’s conspiracy theories flourish in a space that allows skepticism, but from dubious and unsubstantiated sources. This is the danger with the internet. Why read a book when a 10-minute YouTube video can tell you all you need to know about the dangers of a COVID-19 vaccine? Social media is constructed to grab people’s attention with catchy headlines and punchy clips with little or no substance. Alternatively, one may find a well-written piece but who or what is behind it and what is the agenda? Money is always a good place to begin and the anti-vaccine campaign is making millions for some, with revenue streams via advertising, subscriptions, and donations. In the USA, anti-vaccinator, osteopathic physician Joseph Mercola has amassed a fortune selling natural health products, including vitamin supplements, some of which he claims are alternatives to vaccines. According to the Washington Post, he recently donated 2.9 million dollars to the National Vaccine Information Center, which aims to promote anti-vaccination and delay immunisation, including against measles. Interestingly, you can find his products advertised by that organisation. The ‘Centre for Countering Digital Hate’ (CCDH), a non-profit organisation with bases in London and Washington, has recently shown that anti-vaccine sites are worth approximately one billion dollars in revenue to tech giants. It’s an industry and clever people know that the anti-vaccination message is about money and not the perceived good of humanity.

There are others who more accurately are defined as ‘vaccine hesitant’ and this is a different prospect. I am no scientist and certainly it is natural to worry about side-effects and other medical issues. I am willing to place my fate in doctors, GPs and scientists. If this isn’t a satisfactory response, then do what I do – look at the past and examine the history of vaccination and its success.

The most successful vaccination was against Smallpox, a disease that existed for thousands of years causing millions of deaths. Through vaccination the deadly virus was eradicated in 1977, the last case being found in Somalia. It took 10 years to eradicate this disease from the globe once a worldwide immunisation policy started in 1967. Vaccination is not a new science. It has been practiced for 200 years and the globe is still standing, despite the doomsday soothsayers. Edward Jenner is credited with the Smallpox vaccination. In his field studies, he found that milkmaids who often contracted Cowpox, a mild disease, did not contract the deadlier Smallpox. He did what some people are terrified of to this day… he inoculated people using a minute amount of the cowpox virus. The result was that the patients were immunised from the deadlier and fatal Smallpox disease. Unlike the many safety features, hurdles, and clinical trials that modern vaccines have to undergo before they are given to the public, Jenner simply took fluid from a Cowpox blister and scratched it into the skin of James Phipps, an eight-year-old boy. Next, he inoculated the boy again, this time with Smallpox matter, and no disease developed. We’ve come a long way from using people as human test tubes but 200 years later people are still hesitant, despite the data and testing regimes.

Growing up Cork City, it was not uncommon to see adults in my community living with the effects of Polio. There was a major outbreak of Polio in Cork City in 1955/56, which caused death and, for many survivors, debilitating after-effects. We bicker today about school closures, sports being cancelled, tourism and businesses having to close, as if it’s some sort of unprecedented response that no other generation has faced. There are others who make fantastical claims of a world conspiracy and refuse to consent to inoculation. Guess what happened in Cork City in 1956? Schools closed, businesses had to shut their doors and the All-Ireland hurling final between Cork and Wexford, along with the football final between Cork and Galway, were postponed because the Dublin Health Board did not want Cork fans coming to Dublin for fear of transmitting the virus. Does that sound familiar? The end game was that Cork lost those finals in re-arranged fixtures, but we won the battle against Polio thankfully, because of mass vaccination. It came too late for those poor people but many more were saved. Mercifully, the fatality rate for Polio in Cork in 1956 was 2.3 per cent, lower than the current global rate of 3 per cent for COVID-19 (according to the John Hopkins University statistics on COVID-19, www.worldometers.info).

The Polio vaccine was developed by Dr Jonas Salk in the USA in the mid 1950s, once again through experimentation in ways that are immoral, unethical and illegal today. It’s hard to believe now, but the subjects he chose were resident children in institutions for the physically and intellectually disabled. This is unimaginable today, with vaccine testing now having some of the strictest regulations of any industry. Unfortunately, in the mid 1950s this practice was common and, while it was only 70 years ago, society lagged behind our modern standards, in everything from medicine, human rights, race, gender, animal welfare, you name it. Society has advanced and so have our standards, including for vaccination trials. The result of the Polio vaccine was that the disease was eradicated in the USA by 1979, the Americas by 1994 and Europe by 2002. Of course what stops the vaccine getting to the developing world is poverty. Tragically, this may turn out to be the fate of those countries yet again; they don’t have the purchasing power to buy enough vaccines to treat their people.

History teaches us that vaccines have worked for the good of humanity. Unfortunately, yes some people can experience side-effects. However, if one takes time to read even the leaflet for headache tablets, there are some awful side-effects listed, but we don’t tell people not to take medicine when they are sick. Despite the science, despite the history, some people may never be convinced. The free HPV vaccine, which protects against cervical cancer, has an uptake of 70 per cent in Ireland, which means 30 per cent still don’t trust it. Measles is making a comeback in the USA because the growing anti-vaccine messaging has persuaded parents not to inoculate their children.

As I wrote in the introduction to this article, the Greeks philosophised about the nature of truth. If we cannot trust anything we are told, or anything we read, then we can only learn through experience. Is the virus real or not?  Will I be safer without the vaccine? It is not a gamble I’m willing to take?When my turn comes, I will be eager and grateful to take it and sadly reflect on the millions that have died so far, who didn’t get that choice.

Tue Jan 19 , 2021
The winner of the 57th BT Young Scientist and Technology Exhibition (BTYSTE) has been announced as Gregory Tarr, aged 17, a sixth year student from Bandon Grammar School. Gregory has taken home the top prize of €7,500 and the BTYSTE perpetual trophy for his project titled ‘Detecting state-of-the-art deepfakes’. The announcement was […] 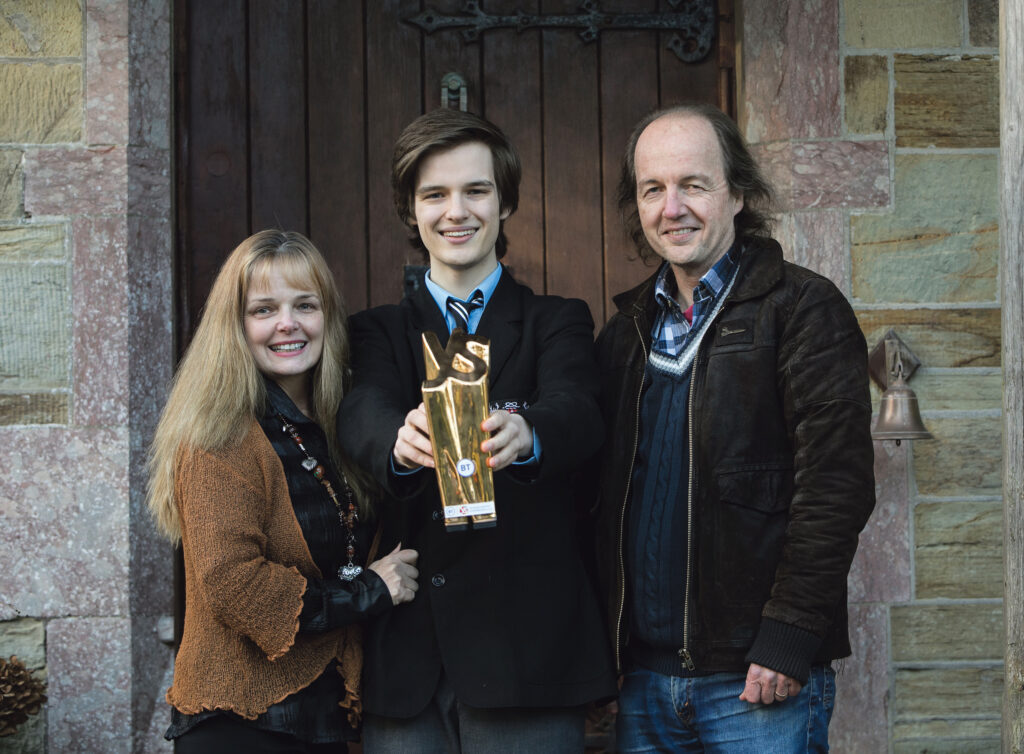