It’s been a funny time in agriculture lately. Prices across most sectors have been improving or holding steady. Despite this, there is an air of uncertainty in the background, as the new Climate bill is digested and CAP negotiations continue. The final details of both and how they will impact on farmers on the ground are yet to be decided.

Also in the southeast, Glanbia, one of the largest milk processors in the country is proposing introducing restrictions on its milk producers at peak milk supply. This is in part due to a delay in Glanbia getting planning for a new cheese plant. The proposals have dealt a major blow to suppliers in the region. Dairy farmers around the country are watching how this unfolds and will be concerned that there could be a precedent set.

The southeast of the country saw a lift in the level of milk supplied when quota restrictions were lifted in 2015. Dairy farms expanded and a good number of new entrant suppliers converted from dry stock and tillage.

It’s not all doom and gloom, Milk suppliers in West Cork benefitted from Carbery lifting their milk price by 0.5c/l and Dairygold raised their price by 1.6c/l.

Sheep prices have reached unprecedented levels with quotes in the region of €7.80 to €8/kg being quoted for early season lamb. Prices have been on the rise since the middle of last year and it remains one of the good news stories. Beef prices took an unexpected hit in factories in early March but have recovered a little since while the trade for live cattle has been on fire in the marts.

Speaking of marts, two of Cork marts’ West Cork premises are under new management. The previous incumbent Tom McCarthy covered both roles before recently leaving to take up a role on the Axa agri-insurance team.

Sean Dennehy has been appointed the new manager at Bandon mart, taking up the role from March 29.

Describing the new Bandon manager, Cork Marts CEO, Sean O’Sullivan said “Sean has a strong background in farming business, farm management and as a national commodity chair in IFA. He is currently national sheep chairman and vice president of the COPA sheep-working group in Brussels. He has developed good leadership and teamwork skills as well as in-depth knowledge and understanding of farmers in selling their livestock.”

Further west in Skibbereen, Terelton native Denis O’Donoghue is the new manager. He began working for Cork Marts in 2012 and worked as livestock auctioneer in recent years. Alongside in-house training he has also completed an auctioneering course through Tallaght IT and Mart managers’ development course with ICOS/Skillnets.

The environment the marts now operate is very different to that of February 2020. Ringsides that would traditionally be packed are now empty, as the sales service is strictly online during Level 5 Covid-19 restrictions. Those wishing to buy stock can view what is available before the sale starts but the pens must be empty of all bar staff before a sale commences. Department of Agriculture officials have been maintaining a strong presence in marts in West Cork to ensure lockdown regulations are abided. Even before Covid-19 raised its head, the last decade has seen changes in how marts conduct their business. Online sales websites and lots of competition for business in the South West region has made it a more time consuming role for mart staff.

Out on the farm, calving is ticking along nicely and a dry spell of weather makes life on the farm much easier. Despite it being busy, the good weather made work on the farm a pleasure. The cold easterlies and run of sunny weather early in the month made a huge difference to ground conditions. Due to this, it was the earliest that I was ever able to get all the yearling heifers to grass.

To date, there was only one cow went beyond her due date with only three not calving ahead of when they were due. The good weather meant that most calves got out to grass within a day or two of being born. You’d be grateful to the ditches around the place, as they provide a haven from the different winds that we experience around here. The calves aren’t long working out where the shelter is either.

It’s only a few years ago that we had half the cows calved by the end of February and almost had single figures left to go by St Patrick’s day.

In recent years, that third week of March is when calving gets busiest and if the weather is bad, then you know a dry spell can’t be too far away. The middle of February is an early enough starting point for us to get going with calving. We just have to get the calendar out and get planning now.

Maybe it’s because I’m getting older, but the current ways are more relaxing than having to bed pens two or three times a day.

I’m currently milking 130 cows in partnership with my parents, Liam and Mary, and we’re farming 160 acres in total. We own 110 acres of it and the rest is on a long-term lease. I am the seventh generation of the Deasy family farming in Reacarrigeen. The cows are all pedigree Holstein Friesians and our pedigree prefix is ‘Reacarrigeen’. My father established the ‘Reacarrigeen’ herd in 1976. Milk is supplied to Barryroe Co-op and 70 per cent of the herd is spring calving while we also supply 30 per cent of our milk on a winter milk contract. Cows are milked here every day of the year.

What’s been happening on the farm lately?

The cows have been getting out to grass by day since the start of March and they were getting a buffer feed of grass and maize silage, which was fed indoors by night. I’m hoping to have them out by day and night shortly, weather-permitting.

Calving is still on-going, any of the cows in calf to Holstein Friesian AI finished on the first week of March. This is to try and get enough heifer calf replacements. It’s better when you get heifer calves earlier in the spring, as we can maximise their ability to calve down as two-year-olds in 2023. All the calves since have been from Aberdeen Angus sires and those calves will be sold later.

I got urea fertiliser spread on grazing platform and got the fertiliser out on the fields intended for first cut silage too.

In early April we’ll be getting ground prepared for sowing of maize. This is done on contract. Young stock will be turned out to grass too.

You’ve been a regular on the cattle showing scene…was it strange to not have any shows last year?

We’d been doing it for a few years, so it was strange to not have any last year. Summer show season would normally be the highlight of the year for many pedigree livestock breeders in West Cork. You would always look forward to the fun and camaraderie inside and outside the ring on show day. It’s unlikely that we’re going to see any return under current Covid restrictions though unfortunately.

Could you describe stock judging to those who would be unfamiliar with the concept?

Stock judging involves placing, in order of merit, a group of animals, usually four and sometimes six, from first to last, based solely on their physical appearance or desirable breeding traits. Each competitor’s list of placing will then be compared to those of an overall master judge on the day. Points are awarded based on a scale of how close a person gets to the master judge. For example, 10 points if in full agreement on a placing, or one point if they’re in complete disagreement. The person with the highest score wins. After the results are announced the master judge gives their detailed reasons to back up their opinion. There’s a lot to be learned from this.

My interest in stock judging stems from the deep knowledge of cows and pedigrees I inherited from my father. As a member of the Cork Holstein Friesian Club, in pre-Covid times, we used to attend a number of summer field evenings hosted by pedigree breeders all around the county. At those, judging of dairy stock was always a challenging task.

You’ve been successful in those competitions over the years. Have you any advice for those interested?

Practice would be the big thing. Attending the Cork IHFA (Irish Holstein Friesian Association) field evenings, there’s three every summer are a help. There is a YMA (Young Members Association) of the IHFA and they hold workshops and competitions throughout the year. Each county has their own YMA, which comes under the umbrella of the IHFA.

As an active member of Ballinascarthy Macra Na Feirme for a number of years, I have been lucky enough to take part in many national competitions in my time. It helps that competitions in Carbery Macra are so competitive. In 2019, I became the first person to successfully win the Senior National Dairy stock judging title on two separate occasions. It’s held in conjunction with the Irish Holstein Friesian Association open day. I had previously won it in 2009.

To cow or not to cow: That is the question

Tue Apr 6 , 2021
I have been lacto-ovo vegetarian for 43 years. I have the advantage of not really enjoying eating meat and of finding it difficult to digest, so switching to a meat-free diet was relatively simple for me and I continue to eat dairy products and eggs.  Talking to someone about farming […] 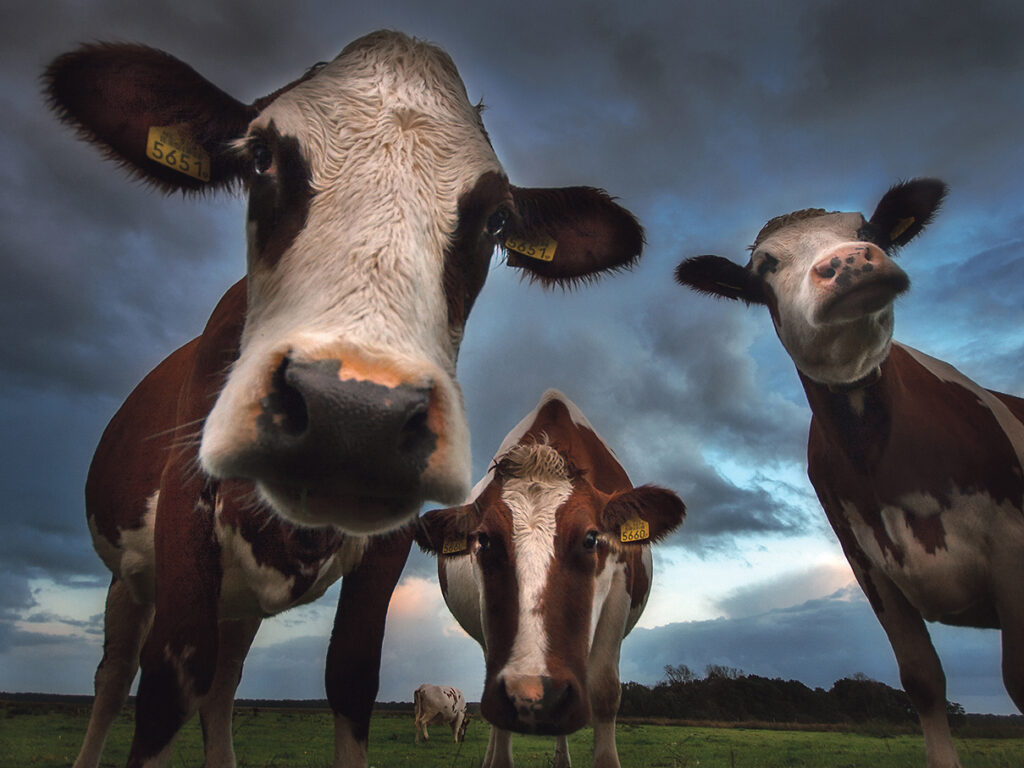