The history of Israel is long, complicated and far too complex to cover it in a single article (even in a book some would say). The spotlight was on the region once again when the Israeli military killed 230 civilian Palestinians in a series of air attacks. Israel suffered 20 casualties due to Hamas’s mortar fire into Israeli-occupied territory. The reason the Israeli death rate was so low is mainly due to a multi-billion-dollar defence system created and funded by the USA, which intercepts 90 per cent of any rockets launched in an attack.

In Ireland we only know too well that a tit for tat killing spree only perpetuates generational hatred. Counting mounting casualties may be currency for a propagandist but the real price is more graves and more devastated families. Irish people can also counsel that the ‘I was here first’ argument will get you nowhere. It has been a hundred years since partition, but two traditions living peacefully together on the island of Ireland, rather than in an endless cycle of conflict, is the only way forward. The new UUP leader, Doug Beattie, recently spoke about being British but identifying as Irish. He said, “There is so much to represent me. Gaelic games, Ulster rugby, the Irish language, God Save the Queen…all these things represent me.” This hybrid Irishman does not fit simply into Catholic Irish speaking nationalist on one side and Protestant, Orange Order loyalist on the other. We’ve tried that and it didn’t work. While the Irish question is far from fixed, it’s light years away from what it once was. Maybe Israel and Palestine need to begin sharing identities rather than entrenching them. Until the bloodletting desists, this will not happen.

It is probably easier to try to understand this conflict as being a war between tribes as much as nations. It’s complex. Both ‘tribes’ have ancient connections to the land. Palestine is not just a place. Palestinian Arabs occupied the area we now call Jordan, Israel and part of Egypt for centuries. We know from the Old Testament that the Israelis, after escaping from slavery under the Egyptians, occupied the region of Canaan, which is roughly the area of modern-day Israel. I told you it’s complex…hold on to your hat! In the intervening centuries, this part of the world was a vital crossroads for the silk trade between Europe and Asia and North Africa. Three religions spawned from the general region, Judaism, Christianity and Islam. It has been fought over, occupied, and settled by Greeks, Babylonians, Turks, Crusaders, Ottomans and the British. It is as contaminated a region as anywhere in the globe and I, for one, can’t understand how anyone can claim it as exclusively ‘theirs’ after all that. But everyone has got the right to live in a safe place and in a homeland, correct? And now we come to the seeds of the modern-day problem.

The Jewish people have reason to be labelled the most wretched, oppressed and pillared people in history. Anti-Semitism literally means anti certain tribes such as Hebrews and Canaanites. It has been an ugly part of history. The Christian crusaders would routinely warm up with the massacre of Jews on their way to massacre Muslims in the Holy Land, i.e. Israel. For centuries they were shunned, forced into ghettos and subject to apartheid laws. Shakespeare’s anti-hero Shylock wasn’t a creative fancy of the great scribe. To a modern audience, it looks like a negative stereotypical view that depicts Jews as greedy and money grabbing. Shakespeare was mimicking real life scenarios. The Jewish people were denied entry into most professions except for a few, like money lending. Shylock was a victim of his profession. We had the penal laws for 200 years; the Jews had their own version of penal laws for a thousand. Europe was a cold house for Jews and many European governments were only too happy to expose Jews when the Germans came looking. The Holocaust was the culmination of centuries of hatred towards Jews and an attempt to finally eradicate them from the face of the earth. They were a people scattered and disjointed. Historically, they had only one place to call home but the trouble was someone else was already living in the house.

One needs to step back on the timeline a few decades before the Holocaust. During World War One, the British wanted the support of influential and prominent Jews to back the war effort. There was a growing Zionist movement at the time (Zionism is the desire for the creation of a nation state for Jews); understandable given they were unwelcomed in most nation states. Enter British Foreign Secretary, Arthur Balfour, who devised the idea to carve out a Jewish homeland in Palestine. On a simplistic level, the area was historically associated with Judaism and Jews needed a place where they would not be discriminated against or subjugated by the whims of other nations.

The trouble was the land wasn’t empty. History has many examples of attempting to settle people in occupied lands. Ireland had the 16th and 17th century plantations. The Boers told the nomadic South Africans, if you don’t own it, it’s ours to take. The Americans forced thousands of Native Americans off their lands so they could colonise them to fulfill their ‘Manifest Destiny’.

Understandably the Palestinians were not too happy about Balfour’s plan but imperialist Britain was always more interested in what benefitted its empire rather than doing the right thing. The original concept was to do a two-state approach. What has happened since 1948 is a land grab by Israel and an aggressive settlement policy, which has meant the eviction of more Palestinians from their land to make way for Jewish settlements.

Nothing in history is a simple black and white. Israel wasn’t exactly in a friendly neighbourhood; a combination of Arab countries attacked Israel when they became an independent state in 1948 but lost badly. Their intentions to destroy Israel backfired and, in fact, their actions helped cement the foundation of this new state. Another attack in 1967, this time a combination of Egypt, Jordan, and Syria, over six days, resulted in Israel once again vanquishing its opponents and taking control of the Gaza Strip, the West Bank, and Golan Heights. Today most of those areas are still ‘occupied’ by Israel and remain disputed lands by the Palestinians. Israel declared Jerusalem its capital but so did the Palestinians. That is why it was diplomatically a fiasco when Trump recognised Jerusalem as the capital of Israel; previous administrations had avoided doing the same in an effort to sidestep fanning the flames in an overheated theatre. In fact, decades of American support have resulted in Israel becoming the fourth best-armed military in the world. They act like a guard dog for American interest in the heart of the Arab sphere of influence. When the state of Israel has tried to develop settlements in these regions, deadly consequences follow, like the recent killings. No side has the moral right to claim their dead are more important than the other, but something has to give.

The saddest aspect perhaps is that a nation built on the trauma of persecuted refugees has become so divorced from what it was once like and has become a suppressed people. What has happened in recent years too has been an attempt by the Israeli government to accuse anyone who criticises their policies as being anti-Semitic. Clever, because most of the civilized world has nothing but sympathy for the history of the Jews; but by merging Judaism and Israeli politics, it has shielded their governments from justifiable criticism. The British Labour party had some serious issues with anti-Semitism within its ranks, which quite rightly was not tolerated. But it seems that some of the members accused were sanctioned because they were anti-Israeli State policies, but it got spun as anti-Semitism. For balance, no one could or should support a Palestinian military assault either and this is equally wrong. So where do you go? We have power sharing in Northern Ireland. When Mandela got to power, generations of white settlers were not expelled from South Africa. There is hope. When the guns were silenced in the north of Ireland the voices of reason could be heard. It’s an on-going issue here; but that journey has started and will take time. Israel and Palestine have had too many false starts.

Two philosophical theories have spawned centuries of debate about the true nature of humanity. It has been a contest between followers of Hobbes and Rousseau. The seventeenth century philosopher Thomas Hobbes claimed than man is intrinsically brutal and violent. We need the civilising influences of nationhood and governments to soothe the true nature of the savage beast within us. Writing a hundred years later during the Enlightenment, Jean Jacque Rosseau saw it differently. Man and woman are born free and naturally good but become wicked by the creation of nationhood and government. Israel and Palestine are at the heart of where our civilisation began – yet it has only been a long history of war and misery in the cradle of civilisation. So far, Rosseau is winning.

Centenary of the daring raid on the Fastnet Lighthouse

Tue Jun 8 , 2021
This month marks the centenary of a dangerous raid by the West Cork IRA on Fastnight Lighthouse, which the British authorities used to store arms and explosives. Eugene Daly shares the details of the famous deed. The War of Independence, or Anglo Irish War, lasted from early 1919 to July […] 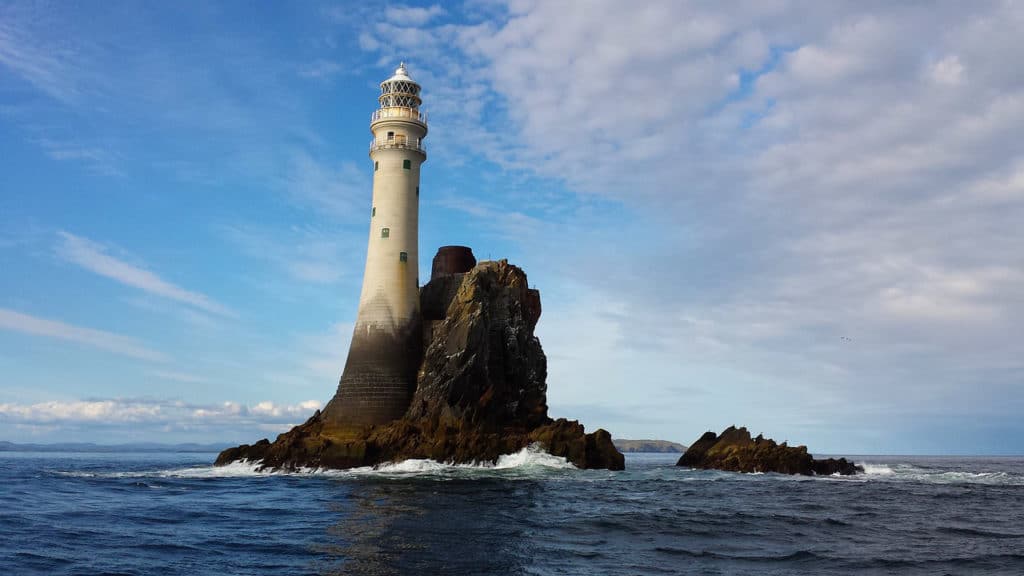