In comparison to other parts of the economy, farming has been less affected by the lockdowns imposed this year. The most noticeable impact has been felt at marts. For now mart ringsides will be empty because of the Level Five restrictions. With the development of online sales facilities during the year the current lockdown is less daunting compared to the March one. Online sales are accounting for between 20 to 30 per cent of mart sales. There have been issues though, especially with broadband capability not up to scratch and the server failing for one service provider, which saw 17 marts unable to conduct their business properly on Saturday, October 24. Some eventually got up and running while others cancelled, resulting in farmers having to go back and collect their stock. While prices have held up very well for cattle, the reliability of broadband in rural areas will have to be improved.

There was a bit of good news for Dairygold suppliers as the co-op increased its September milk price by 1c/l to 30.12c/l excluding VAT. The Carbery price remains unchanged and has held at 30.74c/l excluding VAT. That price includes a 1c/l support payment from its stability fund.

On the beef side there has been relatively little move on price over the last few weeks, while factory prices for sheep have remained strong over the last month.

CAP discussions are heading for the final furlong and it’s looking like at least 20 per cent of farmers’ direct payments will be tied to green schemes and environmental actions under proposals for the next CAP struck in Europe this week.

EU agriculture ministers agreed to set aside 20 per cent of farmers’ direct payments for eco-schemes. The European Parliament voted for a higher 30 per cent rate.

For Irish farmers, this would see between €237m and €355m ringfenced to environmental schemes. The schemes will be voluntary, but farmers who don’t take part will lose that portion of their Basic Payment. A Department of Agriculture model of this scenario shows that a farmer on the average direct payment of €9,385 would lose between €1,900 and €2,850, assuming a flat-rate payment per hectare.

To secure these monies, farmers will have to undertake more environmental measures. The EU has suggested a carbon-farming scheme, reducing fertilisers and pesticides, and planting native trees.

Over the years, CAP policy has been to penalise farmers for non-productive land.  This has resulted in habitat clearance, in some cases where it was justified for farming purposes and in others for marginal, if any gain.

As can be seen in the build up to the negotiations around the next Common Agricultural Policy, the wider public are challenging this practice, but as it stands, there’s no incentive to change.

Over the years, I’ve been so drilled into referring to the agriculturally productive land we farm that I neglected to mention the rest. Most of it would be considered good quality land, so I got a bit of a shock when I totted up the quantity of ground deemed ineligible by Brussels.

No pun intended but I got a bit of a land when the total, excluding buildings and yards came to almost 12 per cent. How high would that figure be for farmers on more challenging ground or peripheral areas of the country?

It consists of rocky scrub, woodland, and marsh and doesn’t even qualify as an Area of Natural Constraint (ANC). There are numerous species of flora and fauna, including viviparous lizards, at least a dozen species of mammals, four or possibly five species of birds of prey and the one non-domesticated animal we receive a payment for, choughs. Part of the farm is a Special Area of Conservation (SAC) for this coastal member of the crow family.

The marsh area going down to the beach is a popular birdwatching spot, as it offers shelter to some rare migrating birds. Can you imagine the uproar if I was to attempt to pull it into agricultural production?

I’m only using my farm as an example for this, even though I’m not the first in the family to be frustrated about it. My grandmother told me it used to anger her mother that she had to pay land annuities for the same land in the 1920s and 30s.

In the course of my farm case study I discovered that, excluding wire only fences, I’m responsible for almost 20km worth of ditch and hedgerow.

New habitat creation is an option in most environmental schemes yet there is a penalty, not recognition, for existing farm habitats. A share of habitats created in REPS ended up being deemed ineligible for payment and subsequently some farmers returned them to production in order to be paid. Policy has driven much of this, not farmer choice.

Imagine if someone had the foresight to put a monetary value on the land that EU policy currently penalises farmers for possessing.

It would offer a form of economic opportunity to areas that have few alternatives.

It would stem biodiversity losses and hopefully turn them in the other direction. It’s also one less stick to hit the farmer with.

The feasibility of such a move should surely merit consideration.

Mon Nov 2 , 2020
Nigel Daunt, nominated by Bandon Co-op, is a finalist in the NDC and Kerrygold Quality Milk Awards – known as the ‘Oscars of the Dairy World’ You’re a new entrant to dairy, what influenced your decision to change enterprise? I was always mad into farming. Mum and Dad had a […] 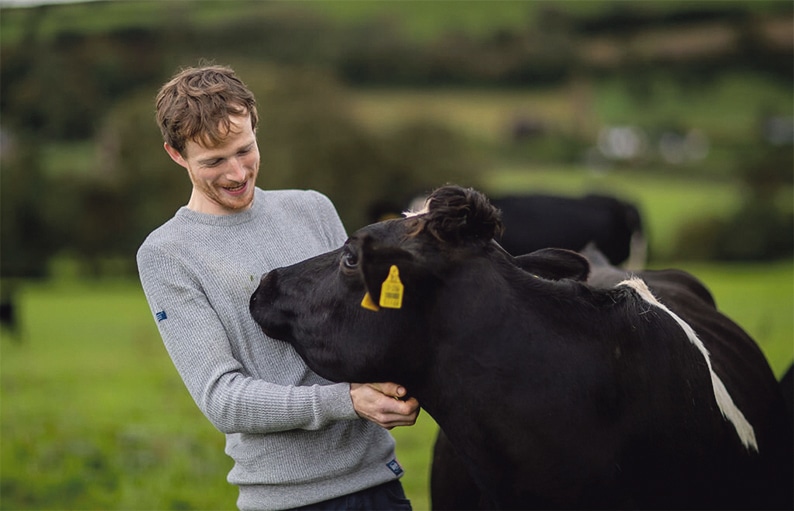