“I only did my duty, and what I was told to do as well as I could.” – Simo Häyhä

The Winter War, sometimes referred to as the First Soviet-Finnish war, began on November 30, 1939 and ended 105 days later on March 12, 1940. Out of this war, which Stalin wrongly predicted would be an easy victory for the Red Army, came the deadliest sniper the world has ever known, Finnish sharpshooter Simo Häyhä, who recorded 505 confirmed kills in his 98 days of fighting in this war. The Soviets called him ‘Belaya Smert’ meaning ‘The White Death’.

The Winter War started because the Soviets wanted sections of Finland – they said in order to protect Leningrad from the attacks of the Nazi’s. The Soviets were willing to exchange land with the Finns but Finland, under Hugo Österman, refused and therefore the USSR invaded. Stalin sent close to a million soldiers into Finland knowing that, at their maximum capacity, they had roughly 300,000 troops. The aim was to steamroll Finland and take control with limited casualties, as the Red Army was superior in every aspect. It was considered a formality, with Stalin so confident that victory was inevitable that he planned his 60th birthday celebrations for December 21.

It was not as straightforward however as the Soviets expected, as the Finnish Army had a number of things in their favour. The landscape was covered in snow, which suited the Finns. as they were all competent skiers and used to the environment. The Finnish soldiers were supplied with heavy, white, winter uniforms. This allowed them to be almost invisible when moving across the terrain. The Red Army was still using a khaki green uniform, which made them highly conspicuous to the Finns, even from large distances, when they were marching crossing the landscape. Furthermore, the USSR lacked any leadership skills, as Stalin had anyone deemed to be a political opponent executed when he purged the USSR. All of the above, coupled with the fact that the Finnish army had an incredible marksman in their ranks put the Finns at an advantage.

Simo Häyhä was born on December 17, 1905 in Karelia Russia. He was a farmer and hunter. At 17 he joined the voluntary Finnish Civil Guard where he honed his shooting skills, winning many local sharpshooting competitions. In 1925, age 19, Häyhä began his 15-month compulsory military service in the Bicycle Battalion Two in Raivola, Viipuri Province. He attended the Non-Commissioned Officer School and served as a conscript officer in the Bicycle Battalion One in Terijoki. However, he did not get sniper training until 1938, a year before the war, at a training centre in Utti. After completing his service, soldiers were given the opportunity to buy the rifle they had trained with during their compulsory service. Häyhä bought the SAKO M/28-30 that he had become so proficient with and when the USSR invaded in 1939, Häyhä he declined the use of the more modern weapon offered to him, instead favouring his own rifle. Assigned as a sniper in the Finnish arm, Häyhä was tasked with repelling as many Soviet soldiers as he could. Dressed entirely in white and choosing to work alone, Häyhä would take a day’s supply of food and water along with his weapon and rifle out into the snow-covered terrain and pick a spot to sit and wait for USSR soldiers to appear. While his comrades used state-of-the-art telescopic lenses to zoom in on their targets, Häyhä fought with an iron sight, which he felt gave him a more precise target. He also noted that several targets had been tipped off by the glint of light on the newer sniper lenses.

As well as this, Häyhä had developed an ingenious method of not being sighted. On top of his white camouflage, he built up snowdrifts around his position to further obscure himself. The snowbanks also served as padding for his rifle. He would pour water on the snow in front of him prior to taking a shot, which prevented the force of his gunshots from stirring up a puff of snow that an enemy could use to locate him after he had fired. Moreover, as he lay on the ground in wait, he would put snow in his mouth to stop his breath being visible and betraying his position. Häyhä’s strategy kept him alive, but his missions were never easy. For one, conditions were brutal. The days were short, and when the sun set temperatures dropped as low as minus-40 degrees Celsius.

During the war, Häyhä became somewhat of a mythical figure in the Soviet ranks. They gave him the name ‘Belaya Smert’ meaning ‘The White Death’ and his own comrades dubbed him ‘Taika Ampuja’ (The Magic Shooter). He was so proficient that even though the Red Army could not see him, Stalin decided to bomb the general area in which they believed him to be operating from. After the bombs, the Soviets would pepper the area with bullets in the hope of eliminating his threat. Häyhä fought for 98 days of the 105-day war; he has 505 confirmed kills. His most successful day on record is one where he shot and killed 25 Soviet soldiers. On his 98th day in service, he was seen by a Soviet sniper and shot with an exploding bullet in the face. The bullet hit Häyhä in the jaw, completely shattering it and removing close to half of his face. He was removed from the battlefield relatively quickly and survived. However, the injury placed him in a coma for seven days. When he awoke, the war was over and the Moscow Peace Treaty had been signed, bringing an end to the war.

It took several years for Häyhä to recuperate from his wound, which required lengthy treatments and twenty-six facial reconstructive surgeries. Although his face remained disfigured for the rest of his life, he otherwise made a full recovery and, after the Second World War, he was given his own farm in Valkjärvi, Ruokolahti, a small municipality in southeastern Finland, near the Russian border. As well as this, he was decorated with several medals of honour including the Medal of Liberty: first class and second class, the Cross of Liberty: third class and fourth class and the Cross of the Battle of Kollaa.

Häyhä lived for 60 years after the war and died on April 1, 2002 at the age of 96, still holding the title of the deadliest sniper in history.

Ballinhassig and the final attack

Wed Dec 8 , 2021
During the War of Independence, the last IRA attack on an RIC barracks in Ireland occurred in Ballinhassig on the morning of July 7, 1921. In the attack, the Ballinhassig IRA company launched a gun attack on the barracks, which resulted in the death of one RIC constable and the […] 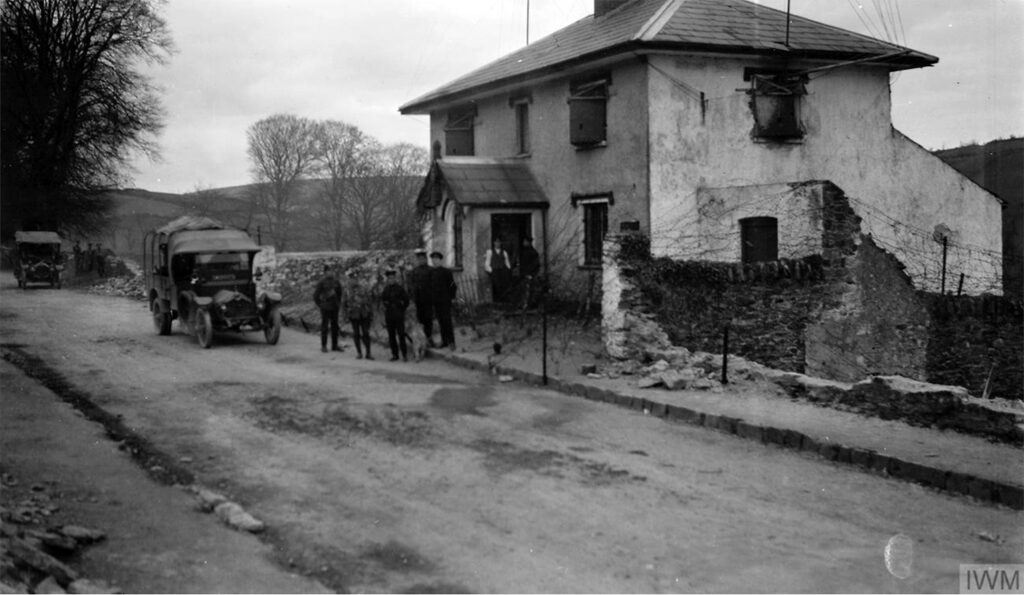