Back in August, I wrote about the beginnings of the Russian Revolution and Civil War 1917-21, as well as the causes and the belligerents involved. It makes an interesting case study because it ran almost parallel to Ireland’s revolution war and civil war 1919-23, yet the two couldn’t be more different. It’s incredible to think that twelve million perished in the Russian civil war alone. More recent scholarly research on the Irish civil war dead puts the figure here at anything from 1,600-2,400 approximately: Minuscule in comparison. Most people interested in this period will know of the gruesome killing in Ballyseedy, Kerry, where Free State troops deliberately tied together and blew up nine anti-Treaty IRA prisoners. It was nothing short of a war crime. More locally near Macroom, eight Free State soldiers were also blown to pieces by an anti-IRA booby-trap, with body parts found in adjourning fields over the following days. It’s a mark of how brutal and bloody the Russian civil war was, that the aforementioned atrocities, would hardly warrant a footnote in it.

Civilians died in their millions in Russia. It didn’t matter what side they took. The White army or Red army indiscriminately plundered and ravaged the villages for their own means. Politics would not save you from hungry armies, and famine conditions visited the homes of the ordinary peasantry right throughout this period. With no one to turn too and no one to protect you, for a short while a third ‘force’ emerged – they called themselves the ‘Greens’. This group saw no advantage in being loyal to either of the belligerents. Their sole motivation was to simply protect themselves and survive. Their campaign amounted to very little beyond local villages, trying in vain to defend themselves and employ guerrilla tactics. Needless to say, they were dealt with mercilessly by both the White and Red armies. One of the tactics used by the Greens was to capture communist soldiers, sent out to confiscate all the peasants’ grain, in order to feed the city populations. [It was in urban areas where the Reds power was concentrated initially]. The villagers, as a warning, would slit open the stomachs of their prisoners and fill them with grain. It was a futile exercise that did nothing to stem the plunder and famine that resulted. The long-term effects were horrific retaliations and followed by official orders to confiscate even more of their produce.

Prisoners of war in this period had none of the protection that international law enshrined. The established customs of war were deemed irrelevant.  One Red general declared that, ‘Massacring all the wounded who fought against you – that is the law of civil war.’ Murdering in cold blood is bad enough, but the methods employed to murder their victims were examples of extreme sadism.  The fashion at the time meant officers wore large epaulettes, indicating their stature and position. This was outlawed in the Red Army, as were the ‘officer’ class. The White army naturally didn’t adhere to this and was littered with former Tzarist aristocratic officers – the class enemy. If captured, their epaulettes were nailed on to their shoulders. Prisoners could then face multiple horrid methods of mutilation, such as gorging out their eyes, bayoneting them to death (often to save ammunition) castration and amputation. A particular favourite was to soak the victim, then let them freeze to death in the unforgiving brutal climate. No one side could claim these tactics as their own.

The Cossack population of the Stepp region were particularly savagely dealt with by the Red Army. The Cossacks were famous for their horsemanship and had served in Tzarist armies with great acclaim. Coupled with this allegiance, the communist regime also felt threatened by the Cossack’s semi-autonomous region and relative prosperity, thus Trotsky, Lenin and Stalin targeted them ruthlessly. Orders were issued to burn down their hamlets, shoot all persons who had taken part directly or indirectly in the uprising against the Reds, and shoot every fifth or tenth male in each village, regardless of their involvement. Famine ravaged the Steeps region soon after. Violence begets violence, and before long, Cossacks themselves slaughtered and razed villages to the ground, alienating a confused civilian population against White support. The Cheka, Lenin’s secret police, were the most feared agents of terror. Without any oversight, and freedom to arrest and kill at will, they arrested, tortured and executed tens of thousands of regular people. This reign of terror was designed to extinguish any flames of rebellion or disquiet against Lenin’s dictatorial and merciless rule. Mass graves littered Russia and authorities would often cite ‘typhus’ outbreaks to authenticate the disappearance of so many people.

The White Army too were no stranger to atrocities. Jewish Russians were regularly targeted by them, resulting in multiple pogroms. The Jews were (wrongly) associated with Bolshevism and this added to the legitimacy of them being targets. The result? Hundreds of thousands were massacred. In Ukraine, both the Reds and the Whites massacred 60,000 Jews alone in pogroms. Hitlers final solution may have been a generation away, but the hatred of Jews was never simply a Nazi German trait. Far from it. They had suffered throughout Europe and the Russian civil war was a savage example of how vulnerable they were to extermination whatever the politics. [Think of the irony today of Putin claims, that he is de-nazifying Ukraine, when they led by the democratically elected Zelenskyy – a Jewish man.]

Kostantin Globachev, member of the communist party summed it up perfectly when he said, ‘When the Volunteer Army (Whites) entered a town, people rushed up with tears in their eyes to kiss the stirrups of the cavalry, but before two weeks had passed, they hated the Volunteers as much as they hated the Bolsheviks (Reds). Many officers were just as brutal as the Reds.’

What is remarkable about the Russian civil war is how much Ukraine became a victim of it. The Ukrainians, even then, were trying to reassert their independence, once the former Tzarist Russian Empire collapsed at the end of World War One. The communist regime, bent on spreading their global class war, was not in the mood to let go. Ukraine had been given a modicum of autonomy after the successful communist revolution in 1917. Within a few months the Ukrainian Central Rada declared full independence. It would become a battle itself, wrapped inside the Russian civil war.

Like today, Odessa was a prize fought over. It attracted the worst of the White officer class, who lorded over it, and it descended into a place rife with ‘Cocaine, prostitutes and drunken White officers’. Described as the most cosmopolitan of cities, the Bolsheviks planned to capture it because of its strategic importance. Like today, the rich harvests of Kherson were much coveted.  Like today, Kiev was fought over but changed hands on a number of occasions. When the Whites, with their Polish allies, liberated Kiev, a white General somewhat prophetically declared ‘Every commander who has attempted to take Ukraine had come to grief’.  Ukraine and other independent nations that had been ruled within the Russian empire, never stood a chance. Why? Because the ultimate goal of the Russian Whites, was the reestablishment of the Russian Empire. The alternative was to become part of the Soviet Union under the Reds. Ukraine, like today, was a possession that all Russians craved, no matter their political outlook. It is no wonder that Putin has explicitly denied that Ukraine had ever had ‘real statehood,’ and that the country was an integral part of Russia’s ‘own history, culture, spiritual space’. The historical footprint is there – the boots of Russia have marched over Ukraine and today’s war is the latest chapter in its tragic history.

Could Karl Marx have imagined how his writings would influence a myopic, dystopian world when he penned ‘Das Kapital’ inside the reading rooms of the British Museum on wet dreary nights, where he sheltered for warmth and light? His imagination was for a better world. One without a class system, where the sole interests of the rich people of capital, would be replaced by a society where everyone had stake, and everyone was looked after. The vast profits of the elite would become the fruits of its labourers instead. The dream of his 1867 publication would become a nightmare fifty years on. In 1917, the promise of true communism died at birth. Yet it’s terrible twin survived in the form of the Bolsheviks. Over time they thrived, fell, and other countries took up the baton, such China, North Korea and Cuba, which have suppressed their own societies in the name of communism. Could it ever have worked in its purest form? Perhaps we could have had a more equitable world if it had, but communism has never found a way.

Tue Nov 1 , 2022
In a special series, Holger Smyth of Inanna Rare Books (Skibbereen) revisits houses shown in the rare Hodges publication ‘Cork and County Cork in the Twentieth Century’. Episode 1: Bridgemount (Dunmanway)– From the O’Sullivan Beara to german bakery Original entry in Hodges, 1911: “Bridgemount is the Residence of Dr.J.J.O’Callaghan, and […] 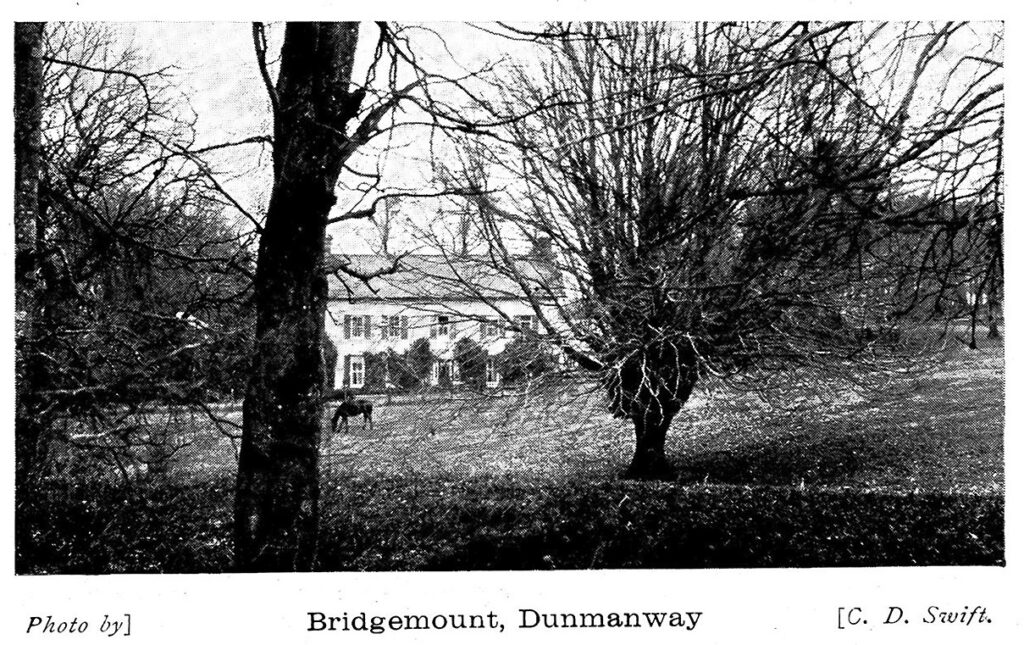