Skimming low over our fields and lakes in pursuit of insects, the swallow is a familiar and welcome sight. Its confiding nature and its habit of building a nest so close to our homes endears it to everybody. We eagerly await the return of the swallow each spring and its departure in autumn is sad – a reminder of the dark days of winter. In Latin the swallow’s name is ‘hirundo rustica rustica, rustica’ meaning rural, of the countryside. The name ‘swallow’ is a very old one, derived probably from the old English ‘swell’, meaning to swirl, a reference to the bird’s swooping flight, or from the old Norse ‘swala’, meaning a cleft stick, which refers to its tail. The Irish ‘fáinleog’ may come from ‘fán’, meaning wandering or migrating.

The swallow can easily be confused with its cousin, the house martin. Quite similar in appearance, the swallow has a longer forked tail and has a red forehead, chin and throat, which the martin hasn’t. Swallows nest mainly in old barns or outhouses, always inside, returning to the same nest year after year. Martins build their nests outside, under the eaves of houses. Modern buildings, with smooth plaster and sealed doors, are not suitable nesting sites for the swallow or the martin. The old barns always had room for entry for the swallow; the smooth walls of modern buildings are unsuitable for the martins, as they need a rough surface to attach their nests to. The Irish name for the martin, ‘Gabhlán Binne’ (forked one of the gable of a house), is very appropriate.

Humans have had a close relationship with swallows for thousands of years. Because they originally built their nests on cliffs or in caves, they have readily taken to using the artificial ‘rock faces’ of our houses and outbuildings as nest sites and they have thereby infiltrated our language, customs and beliefs.

Swallows are widely seen and celebrated as heralds of summer with its promise of warmth and fertility to the cold winter landscape. In parts of Germany, it was the custom for the head of the family to ceremoniously open the doors of barns and sheds on the day the swallows returned, to show them that their nests were awaiting them.

There are many Christian legends connected with the swallow. In the Garden of Gethsemane, swallows tried to lead astray those coming to take Christ. They are said to have removed the crowns of thorns from Christ’s head on the cross, staining their throat and forehead red in doing so. Other legends have them removing the nails from Christ’s hands and feet, wiping blood from his wounds, consoling him with their song. The swallow is clearly seen as a ‘good’ bird, in God’s favour and protected by him. As a reward for their help for Jesus, they were allowed to nest in our homes, under our protection. In places there is a saying that swallows are consecrated to the Mother of God; one saying goes, ‘The swallow and the swift are God’s precious gift’.

In Eastern Europe and Asia, swallows are traditionally the birds that brought fire from the gods to humans, losing their middle tail feathers in the process. In Western Europe, the swallow is said to have fetched the fire, but the wren or the robin took it and brought it to earth. In Japan gifts are offered to the household gods on the day the swallows arrive to ensure fertility in the family. In many places a swallow nesting in the house brought good luck; in other places swallow nests were thought to protect buildings from fire and lightning.  Disturbing a swallow’s nest would bring bad luck and would make the cows’ milk bloody or dry up altogether. In parts of Africa, swallows are considered to be sent by the tribe’s ancestors to comfort the living and in Russian and Eskimo mythology they are the spirits of dead children.

In recent years the number of swallows, like many other birds, seem to have decreased. The use of pesticides has also banished their insect food from the fields. Nest sites on modern large farms are also scarce because old brick or stone outbuildings have been replaced with modern smooth constructions, which are unsuitable for the attachment of mud nests.

Hopefully, man will come to his senses and we will not allow the disappearance of the winged creatures that share our world. A countryside without swallows twittering in the farmyards and flying with such grace and beauty over the fields is a bleak prospect.

Uniquely graceful, streamlined and masters of the air, swallows and martins have a special place in folklore and human affection.

Do you want a United Ireland?

Tue Apr 6 , 2021
“No man has the right to fix the boundary to the march of a nation,” – Charles Stuart Parnell There was a time when that question would have been a resounding yes. For generations Irish people have grown up on a diet of history decrying the colonisation and division of […] 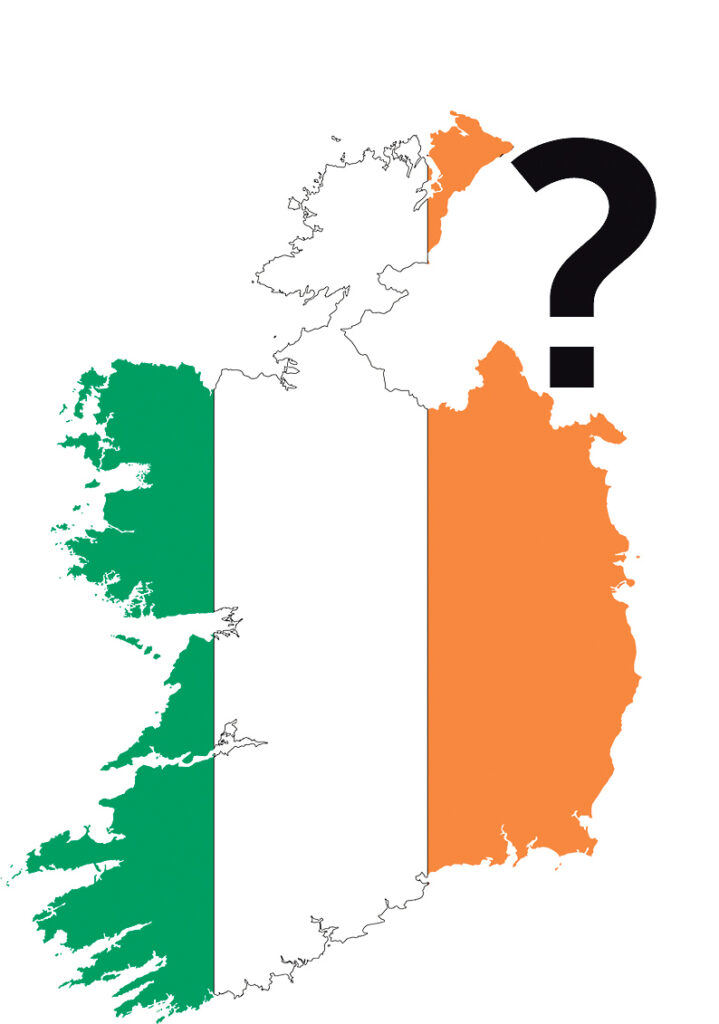