“No man has the right to fix the boundary to the march of a nation,”
– Charles Stuart Parnell

There was a time when that question would have been a resounding yes. For generations Irish people have grown up on a diet of history decrying the colonisation and division of the country. We have been lulled by songs lamenting the loss of sovereignty. The more senior of us will remember the gerrymandering of Catholics so their votes were nullified, the attack on the Civil Rights march in 1969, and the horrors that followed.

The Act of Union in 1801 cemented British rule and heralded the end of Grattan’s Parliament. The consequences of a country not being allowed to make its own decisions, was crystallised by the British governments completely inapt and inhumane attitude to the Great Hunger, within a generation of that union. The Westminster bubble stood by as millions starved, despite the surplus of food in the country. There is not an Irish person alive who doesn’t know what happened next.

Ireland’s greatest statesman Daniel O’Connell foresaw those dangers. After successfully getting Catholic emancipation in 1829, he spent the rest of his life trying to repeal the Act of Union. Other giants of Irish history, Butt, Parnell and Redmond, endeavoured to achieve Home Rule for the country so we could be in control of our own affairs. Just as the nation was on the cusp of achieving this, the Germans decided to invade Belgium precipitating a conflict that would turn the world upside down for the next four years. In the midst of that fury, a new generation hungry for more than just Home Rule emerged. WB Yeats captured the zeitgeist of that generation when he penned in his famous poem Easter 1916, writing, ‘A terrible beauty is born’. His oxymoron that is fused beauty and terror in one phrase was not a mere fanciful poetic conceit. That terrible beauty were the grand ideals of a republic – beautiful for all what it wanted to achieve – and terrible for it ultimately resulted in – a divided nation. Within five years of the Easter Rising, the world map was redrawn. It gave birth to new nations and repackaged imperialistic land grabs. Somewhere in all that, a small little region called Northern Ireland was created as a separate legal entity, on May 3, 1921. And so, the debate continued that no one has been able to answer since Yeats posed the question in that same poem: ‘Was it needless death after all? For England may keep faith.’  Would Ireland be united today if we had taken the Home Rule path a hundred years ago?

Once the desire for Home Rule was replaced with a desire for complete independence, Unionism became more entrenched. It may have been coming anyway when the Ulster Volunteer Force raised a militia 100,000 strong in defiance of Home Rule in 1912. Even so, would England have kept the faith and granted an independent parliament for the thirty-two counties? But given the extreme opposition by unionists to Home Rule of any shape or form, its implementation could have sparked a civil war that would have dwarfed the events of 1922-23. One can’t simply ignore the four hundred year heritage that loyalist communities had sown in the Ulster soil: One that they were prepared to defend to the death.

One hundred years on, the North is about to mark its birth this May. Their proposal for a six-county stone memorial in the grounds of Stormont has been vetoed by Sinn Fein. Politically this is an understandable stance. It’s hard to be diplomatic if the memorial represents everything your party is opposed to. It is the different side of the same coin when unionists opposed state recognition of 1916 celebrations. The same logic applies, but in the latter case, it’s a unionist perspective. For all the progress the north has made, divisions have never been so clear. Sixty-one per cent of the north voted to stay in the European Union. Yet since the pandemic, many voters may now see the advantages of the union with Britain, predicated on issues such as the successful roll out of the British vaccination programme compared to the Republic’s. The European Union’s ill-advised decision to implement a clause in the Northern Protocol has hardened unionist attitudes, including some moderate unionist opinion, about co-operation with the south. It has created more suspicion and driven a wedge between communities.

The Good Friday Agreement allows people in the Republic to also have a say on the future of Irish unity. This means that consent for a united Ireland would need to be given “concurrently”, not just in the north, but also in the south. With regards to the communities in the six- counties, it states that the Secretary of State for Northern Ireland shall call a border poll, “if at any time it appears likely to him/her that a majority of those voting would express a wish that Northern Ireland should cease to be part of the United Kingdom and form part of a united Ireland”. All these recent events are propelling us closer to this moment of decision.

Emotionally and historically, there will always be a pull for reunification in the Republic. However, the economics and ‘realpolitik’ might not be as persuasive an argument. Nearly a third of the population of the North are employed in the public sector, i.e. from the British exchequer. Subsidies to the state amount to nearly eleven billion a year. That makes it a costly transfer of land. There are other considerations too. While it’s difficult to know what unification would mean until it happens, compromises would have to be made. South Africa is a good example. A divided country was unified when apartheid fell. They had to change their flag and every rugby fan can tell you about their very long, hybrid anthem, that compromises of a new version and the old Afrikaans version. Unification would certainly mean a change of flag, anthem and possibly even parliament? Whatever happens, people can’t expect it to all go one direction. More problematic is the twelfth of July celebrations. When the ‘Love Ulster’ organisation marched in Dublin on July 12 back in 2006 it had to be abandoned due to aggressive attacks and riots. For decades we witnessed the animosity it created in the north between communities because of its polarising symbolism. For unionists, it celebrates the preservation of their people; for nationalists, it is an antagonistic celebration of victory over your foe. Love it or loath it, it’s a cornerstone of Unionist heritage and a united Ireland would most likely have to include this in their calendar alongside Saint Patrick’s Day and Easter 1916. These may be simple compromises for some, more painful for others and non-negotiable for more again.

The IRA ran a terror campaign for thirty years to force the British to give up the North. Would there be anything stopping disgruntled loyalists waging a similar war against the Republic? The last time I was in the north, I walked the ancient walls of Derry. From the wall you can see one of the Protestant communities in the heart of a Catholic enclave. They have a mural with the words: ‘Londonderry West Bank Loyalist. Still under siege. No surrender’.  Tricolours and Union Jacks pockmark the region each claiming a hierarchy of superiority.  How can you have a united Ireland until the north is united? Thirty years ago, the demographics pointed to a future Catholic majority in the north. It’s nearly there now, but thirty years on, Catholicism isn’t as strong an indicator. Economics, Brexit, the pandemic, European identity are now bigger factors.

For twenty-five years, an open border and the decommissioning of the British army from the north has eliminated tension and allowed freedom of movement. The Good Friday Agreement allows people in the north claim to be Irish, British or both. Does unification matter anymore beyond a historical desire for retribution? On the other hand, Brexit has certainly made it harder for goods to travel freely between the two jurisdictions and movement is not as free flowing as it once was. The pandemic has highlighted the dangers of two jurisdictions on one island not pulling together. A united Ireland eliminates these problems.

Certainly, we must be prepared for this decision. A clause in the Good Friday Agreement states you can only have a border poll every five years, meaning politicians won’t trigger it unless they can be assured of victory. The emotional and historical sentiment leans towards a desire for unification in the Republic. Time has blunted some of these sentiments and new issues have surfaced that may even be more relevant when it comes to making a choice.  What do you want? Time is ticking. 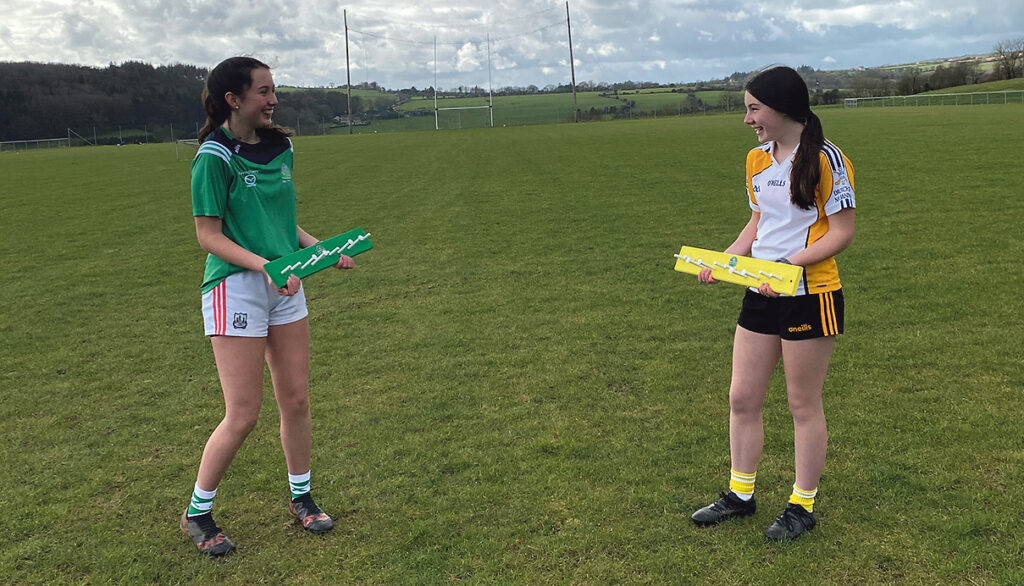