Welcome to 2022. Perhaps the most significant anniversary in Irish history, this year is the centenary of the Irish Civil War. Let’s look at contemporary events elsewhere to put this war in context. Why did this conflict, that only had a fraction of the 38,000 deaths suffered during the Finnish civil war of 1918 (one per cent of their population), cast a longer shadow? Why did the Irish civil war, a conflict that endured for far shorter than the blood stained civil war massacres of eastern and central Europe after the end of WW1, cause so much turmoil for so long? Indeed its long poison ran in the veins of Irish parliamentary life officially, until almost 100 years later. When Varadkar and Martin tied the knot, the former declared, “I believe Civil War politics ended a long time ago in our country, but today Civil War politics ends in our parliament”.

So what happened to make this conflict worse than its larger or more blood thirsty contemporaries? A clue is in the list of the Taoisigh, opposition leaders and Presidents that roamed the corridors of power in Dail Eireann and Áras an Uachtaráin, since the founding of the state: W.T Cosgrave, John A. Costello, Eamon De Valera, Sean Lemass, Erskine Childers, Gareth Fitzgerald, Charlies  Haughey, Michael D. Higgins, (to name but a few) all had fought or fathers who fought in the revolutionary period. Now you can begin to understand why this civil war has cast a shadow longer than most.

What also is a key factor is the bitterness of the conflict. After all, the men who would kill each other for twelve months in 1922-23 had, only a short period before this, been brothers in arms against the British forces and might of that colonial empire. When we sneer at the military takeovers by despotic generals in Africa like Mugabe or Pinochet in Chile, we tend to forget the Irish military men who eventually turned to politics. There is something in this that can help modern leaders unlock the actions of our former politicians, and sometimes, former heroes.

With the sands of time comes a more sympathetic view of the Republican anti-Treaty side. Of the forty-eight civil war memorials in Cork, only eight are in honour of pro-Treaty belligerents. Politically, the anti-Treaty Party, Fianna Fail, were in constant  power from 1932-1973, (save a brief number of years). Ironically, the party had roots as anti-democrats and strong armed military men. Despite this, what has happened to the memory of Cumann na nGaedhael, the pro-Treaty party, that comfortably won the election in 1922 and had the backing of the people? It seems both sides have a lot of controversy that needs to be unpacked. Many readers probably hold a view that was shaped by the stance their parents or grandparents took. For others it boiled down to personalities – the cult of Collins or the cult of Dev. It’s hard to break those moulds. One of our greatest writers, George Bernard Shaw, put it more gracefully: People tend not to be swayed by an argument, but rather find the argument that suits their own conclusion. This article is not about adding to the cannon of who was right or wrong. I will aim to dissect the darker side of both of the belligerents, which may shed light on the bitterness that shaped their future.

The Republicans have tended to promote a tradition of real founders of the state. They lay claim to the soul of the Irish people. This is highly ironic given it was the anti-treaty Republicans who didn’t believe in the people or their voice. Indeed, the only thing they believed in was their own convictions. The kernel for their anti-democratic stance began when they refused to accept the  majority decision made after the Treaty debates and their large defeat at the hands of pro-Sinn Fein and other smaller parties that were pro-Treaty in the elections that followed in 1922. Diarmaid Ferriter’s latest book, ‘Between Two Hells’, examines this antipathy towards democracy and does an excellent job in capturing the tone of the anti-Treaty IRA. Liam Mellows, who would later be unjustly executed by the Free State, claimed ‘The army [IRA] is not concerned with majorities or minorities, but a question of what is right’. The vehemently anti-Treaty Rory O’Connor was more forthright in his views stating, ‘it would be in the power of the Republic to prevent an election’. Ernie O Malley, one of the IRA’s most fearsome rebels believed, ’90 per cent of the population is practically Free State’ but fought to the bitter end regardless. It was with some irony that Ireland’s longest serving Taoiseach Eamon de Valera, famously refused to accept the will of the majority, declaring in 1922 that, ‘the people have never a right to do wrong.’ Even when he did start the electoral process with anti-Treaty Sinn Fein in 1922, he wouldn’t enter parliament because it would mean he would have to take an oath of allegiance to the fidelity of the King, as a perquisite to enter the chamber. A civil war and a destroyed generation later, he nonchalantly acceded to  power with his new Fianna Fail party in 1932,  announcing the oath after all, was just an ‘empty formula’. If only he had made this pronouncement a decade earlier. It would seem on this evidence that the Republican tradition should never have got off the ground. The Free State provisional government and Cumann na nGaedhael [later Fine Gael] should have come down on the right side of history. Their copybook has also been blotted, many say with the stain of blood.

It was never going to be easy for the first government to find its feet. Two years of fighting the British, meant they inherited a broken land and empty coffers, as well as a divided nation. The 1929 Wall Street Crash had a devastating impact on the ability of ruling government to do what they wanted for their people. But there is more behind these factors. The hard-line tactics used by the Provisional Government, (which would form Cumann na nGaedhael in 1923), led Labour leader Thomas Johnson to dramatically declare, ‘You have strangled the state at its birth’. In an attempt to break the IRA gunmen, the Provisional Government  brought in legislation that meant anyone found with an illegal weapon would be executed. What followed were devastating consequences, that had a more harrowing impact of the IRA. Seventy-seven IRA Republicans would be executed by the Free State, including Erskine Childers. What made his execution more personal and tragic was the that he was caught with a small firearm gifted to him by Michael Collins.

When West Cork man Sean Hales was assassinated in cold blood in Dublin by the IRA, there was a more chilling and horrific reaction. Dick Barrett from Ahiohill, was one of four men taken from their cells and executed without trial as a warning to Republicans. Matters were no better in the field. While the main population were not supportive of the IRA after what had been a difficult few years, the actions of the National troops changed some minds. Free-Stater Liam De Roiste, wrote that many National troops were ‘under the influence of alcohol and incapable of using firearms’. The bitterness evolved into a monster. Ballyseedy in Kerry can never be forgotten or understood. National troops deliberately tied up Republican prisoners and blew them up, killing eight of the nine men. This reprisal followed a Republican booby trap in nearby Knocknagoshel that killed five Free State troops, with a survivor losing his legs. The pattern was echoed across the nation. Another booby trap blew up ten National troopers outside Macroom. Days later, a captured Republican soldier was deliberately shot in the crevice of the bomb in yet another cold-blooded reprisal. There are memorials around Cork that are tombs to these injustices; such as anti-Treaty captain Kennefick’s brutal murdered in Coachford; Denis Barry’s memorial in Riverstick, who died as a Republican hunger striker in prison; down to Collins’ death, leader of the pro-Treaty forces. Some would later claim that Collins’ assassination opened the door to another level barbarism, when he was no longer in the equation to prevent it.

Domestic life had to continue in the chaos of the war. The Free State failed to deliver on tangible and real changes. They went as far as to break a farm labours strike who were seeking a little more than the pittance they were earning, leaving many to ponder on the benefits of independence. In the years that immediately followed, IRA pensions were only given to those who supported the Free State in the civil war, regardless of ones service in the WOI. [This changed in 1932] Thus the baton of bitterness was passed onto widows, children and the next generation.

Blaming the Republicans for starting it and not allowing the democratic process to do their talking, or blaming the Free State for the many disastrous decisions it took to wrestle control, never served our politics for 100 years. Now in the centenary year, we must reflect upon their difficult choices made without the advantage of hindsight that we possess today. This is a year to forgive, but not forget, the men and women who in their hearts tried to do what was right for Ireland. They had no playbook or experience in such matters. Nor could they gaze into a crystal ball to witness the cataclysmic effect their decisions would have on each other and the opinions of their sons and daughters for generations to come.

Knitting yourself back together

Mon Jan 17 , 2022
With a resurgence of interest in knitting over lockdowns and the ‘Tom Daly’ effect’ encouraging more and more men to take up the craft, it’s no surprise that sales of needles, wool and patterns are still a strong shopping trend going into 2022. Aside from the satisfaction that comes from […] 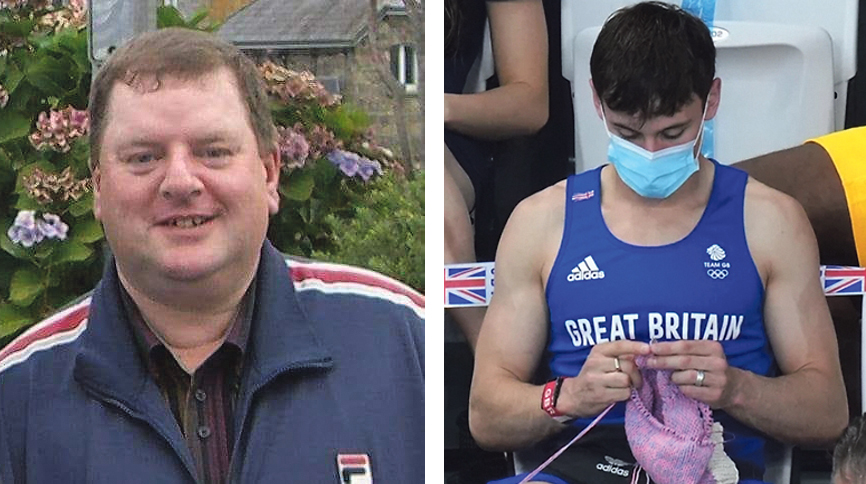