“Part of the canvas was poking out but the rest was covered in snow. I used an ice pick lying nearby to uncover the entrance.” – Mikhail Sharavin

In the winter of 1959, between February 1 and 2, nine experienced hikers ventured deep into the wilderness of Russia’s Ural Mountains and never returned. Formed for a skiing expedition across the northern Urals in Sverdlovsk Oblast, Soviet Union, the group was led by Igor Dyatlov, a 23-year-old radio-engineering student at the Ural Polytechnical Institute (now Ural Federal University). In the aftermath of the expedition, the eastern slopes of Kholat Syakhl, where they made camp, would became known as ‘Dead Mountain’.

It was a chilling scene that greeted rescuers on discovery of the missing hikers’ tent. Cut open from the inside, one side of the tent had all nine pairs of boots neatly lined up against it. Shortly after that, they found the bodies. Some of the hikers were discovered undressed and some were wearing each other’s clothes. After the bodies were discovered, an investigation by Soviet authorities determined that six had died from hypothermia while the other three had been killed by physical trauma. One victim had major skull damage, two had severe chest trauma and another had a small crack in the skull. Four of the bodies were found lying in running water in a creek. Three of these had soft tissue damage of the head and face, two of the bodies were missing their eyes, one was missing the tongue, and one was missing eyebrows. The investigation concluded that a ‘compelling natural force’ had caused the deaths.

Numerous theories have been pt forward to account for the unexplained deaths, including animal attacks, hypothermia, avalanche, katabatic winds, infrasound-induced panic, military involvement, or some combination of these. Three of the bodies had suffered mysterious internal injuries caused by a blunt-force trauma that was too powerful to have been inflicted by a human. Some of the bodies were found with abnormal levels of radioactivity. As disturbing as these details may seem, some of them have very simple explanations. Undressing is a common symptom of hypothermia, which unusually can make victims feel like they are burning or overheating, when in fact they are freezing to death. Scavengers were likely to have eaten the missing eyes and tongue. The blunt force-trauma could possibly have come from falling down a ravine. The radioactivity could have come from thorium, which was used in some camping lanterns at the time.

However, the biggest mystery of all isn’t so easily explained. What caused nine experienced hikers to cut their tent from the inside and flee out into sub-zero temperatures in the night, some undressed, some partially dressed, all with no boots on? The official Soviet vague explanation at the time of ‘an unknown natural force’ unsurprisingly did not satisfy the public. This in turn led to an abundance of conspiracy theories. In 2019, with rising public interest in the mystery, the Russian government reopened the case and reached a new conclusion. An avalanche. However, this was hard to believe for a few reasons. Firstly, the recovery team had found no trace of an avalanche at the discovery site. Most of the hiking team’s injuries were not consistent with an avalanche and the slope of the mountain appeared to be too gentle at the site for an avalanche to occur. On the night in question there was no new snowfall to trigger an avalanche. The only likely trigger that would cause an avalanche was when they cut into the slope to make their camp. But forensic data suggests this would have happened nine hours before the avalanche occurred. If it were an avalanche, it would have had to be a freak one.

Interestingly new research published this year may confirm that theory. Aleksander Puzrin, a geotechnical engineer, wrote a paper on how earthquakes can cause delayed avalanche, and Johan Gaume, the head of a prominent snow avalanche simulation lab in Lausanne Switzerland, built a computer simulation to recreate the conditions on Dead Mountain that night. They came to the conclusion that the slope was steeper than initially thought; steep enough in fact to hit the threshold for an avalanche. Even though it had not snowed that night, powerful winds could have shifted the surface snow and created unstable conditions. It could have been an avalanche that was big enough to impact the tent and create panic, but small enough to blend in with weeks of regular snowfall by the time the rescuers arrived.

An avalanche, however, does not answer every question. Therefore, the mystery, which remains unsolved, continues to be debated…

Mon Aug 9 , 2021
The abundance of honey in early Ireland can be measured from the size of the vessels used either to collect the honeycombs or to pay tribute to an overlord, or for kitchen use. A barrel, so large and heavy that it could be lifted only as far as the knees […] 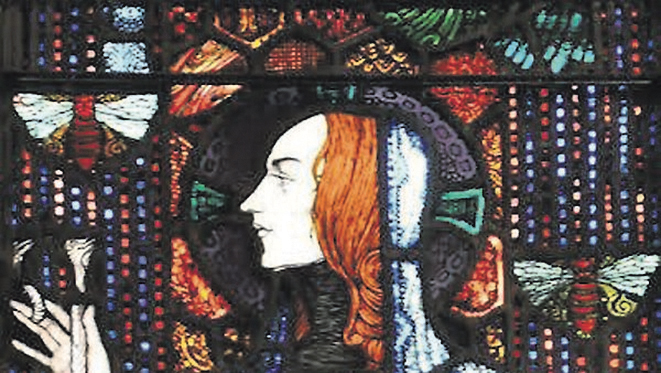