As the amazing spectacle of the blackthorn covered in white blossom fades, we are honoured with the pink and white blossom of hawthorn adorning the hedgerows during May.

This bush is rich in folklore and a lone hawthorn tree is associated with the ‘sí’. These bushes are also to be found near wells that have a reputation for healing. Hawthorn also makes excellent fuel for burning and is considered better even than oak. Charcoal made from it is even more effective for generating heat.

Hawthorn, or ‘Crataegus oxycantha’ to give it its Latin name, belongs to the Rosaceae family with the flowers being cooling and the berries slightly more bitter, but still cooling.

Medicinally, hawthorn may be used by most people and is well known as a cardiac sedative, with the New York Heart Association seeing it being useful in deteriorating cardiac capacity due to stage II heart failure. The herbalist sees it as treating heart fire (antispasmodic) and uses it in coronary heart disease, congestive heart failure, angina, post-myocardial infarction rehabilitation, and cardiac weakness following infectious disease.

It is a vasodilator for the coronary arteries and will strengthen and slow down the heart. As a vasodilator, it reduces peripheral resistance and decreases the heart rate and blood pressure from exertion. The European Medicines Agency (EMA), in its 2016 monograph on the leaf and flower, notes its long-established use for the relief of “symptoms of temporary nervous cardiac complaints (for example palpitations, perceived extra heart beat due to mild anxiety)…and for relief of mild symptoms of mental stress and to aid sleep.” Interestingly, they also acknowledge that no interactions with other medicinal products have been recorded, but Mashour et al (1998) have reported that Hawthorn enhances the activity of digitalis.

It may also be used for diarrhoea if this is caused by heat in the intestines and in Chinese medicine the haws of ‘Crataegus pinnatifida’ are used for blood stasis. In the Irish tradition we call that thick blood, and it presents with symptoms such as menstrual cramps, and lower abdominal pain. The haws of the ‘Crataegus pinnatifida’ are larger than ‘Crataegus oxycantha’, more like small crab apples, bright red and tart. They may be stoned and roasted and are sold on street corners in North China as a popular snack food, which is a lovely way to reduce cholesterol. They are also used to make haw flakes, jams, jellies and alcoholic drinks. In Mexico, the fruits of their native hawthorn (Crataegus Mexicana) are also put to use and are eaten raw, cooked, made into jam, and also cooked with other fruits for a Christmas punch. Interestingly, Mexico uses hawthorn to treat diabetes and it is considered very effective in the early stages of the condition.

Returning to Europe, Turkey also uses hawthorn to treat diabetes as well as rheumatism, cardiac pathologies, asthma, and nephritis. Hawthorn vinegar is produced in some local areas and the fruits and flowers are also consumed as tea.

This bush, then, deserves more than a glance as we drive by and note its amazing blossom. Chile exported ninety-three ton of its berries to Europe in 2007 and continues to do so. Maybe, some horticultural enterprise could be encouraged to develop a hawthorn that would give a slightly larger berry so would be easier to harvest, but even the current haw could be crushed and made into a paste or pate or some other delicacy. Anyhow this month, we can all start off with a cup of tea made from its blossom.

Wed May 5 , 2021
Most of us appreciate that vaccination against Covid is good and likely to get us back to normal and, while we all talk expertly about new variants, spike proteins, T Killer Cells, PCR tests and so on, I have some better news about immunity. I recently attended a three-day Zoom […] 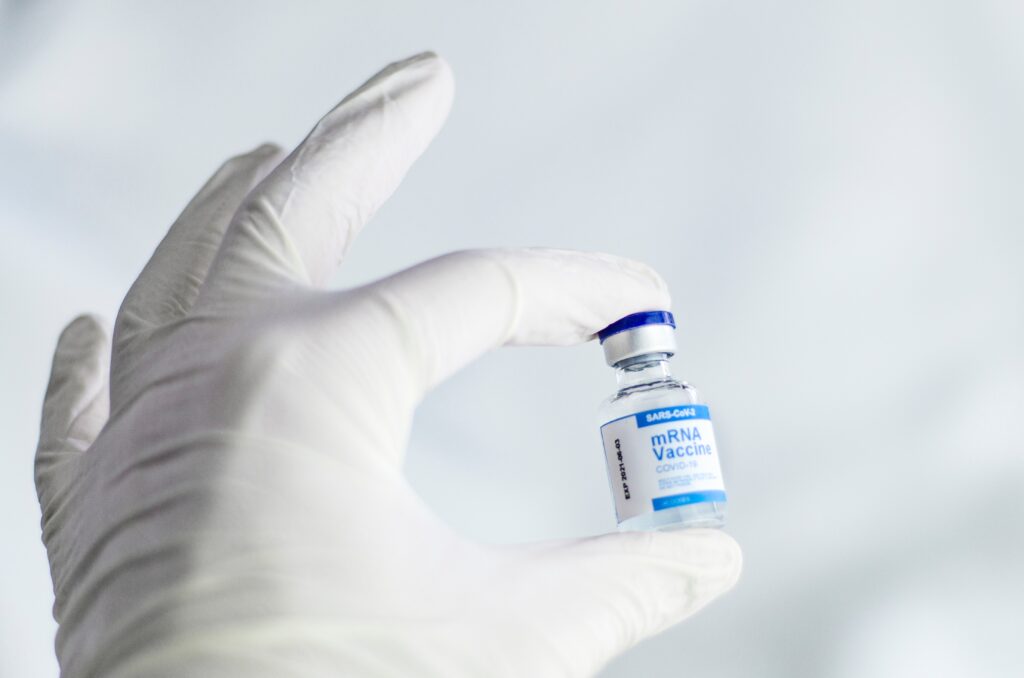