With any interest, whether it be sports, books or baking, you’re bound to meet new people, whose stories and actions will inspire you. Taking up running has been no different. While I’m still a fighter at heart, and still cherish all the fighters, trainers and friends I’ve met through Thai boxing, I have also found room for new inspiration from within the running community. In fact, I’ve been encountering so many people with interesting, inspiring stories to tell, that I’ve decided to dedicate a series of articles on it, and I hope you will find their stories worth reading and maybe even inspire you to get up, lace up and get outdoors.

Before you start reading, keep in mind that we all have to start somewhere and we all have different lives, bodies, goals and dreams. These profiles are not featured to emulate per se, but merely to inspire; to show what ‘normal’ (non-professional athletes) people can achieve with dedication and persistence, whilst still living a ‘full’ life. This doesn’t diminish running 3-5km a couple of times a week, or taking a yoga and a zumba class every now and then. Every time you get up and get active is a win for your health, your body and ultimately your life.

When I asked 39-year-old Clonakilty based runner, David White about how he balances training and life, he smiled. It was clear that was aware of the difficulties of dedicating so much time to training, whilst still maintaining a family life, job and friends.

“They’re very supportive, especially since my September project is for charity,” White said, as I met him behind the Clonakilty Firestation, one Saturday afternoon, after he had just run two half marathons, pushing a buddy in a buggy through both halves.

He was just getting ready to go home and relax, before training again the next day. Both days were part of his September Charity challenge, which were packed with events that most of us would be happy to just complete one of during a year. The weekend before we met, he had completed The Kerry Way Ultra Marathon, a 200km race in Co.Kerry, and the following weekend he was to cycle from Malin head to Mizen (640km).

“I don’t plan any long races in the future though,” he tells me. “My work schedule in the nursing home involves 12 hours shifts and it fits really badly with training for long races like the Kerry Way Ultra (Marathon). So no more Ultras for now.’ He smiles again, and I get the feeling that this could change, should his work schedule change.

I ask him, how much he trains in a ‘normal’ week, without any races coming up. “Normally I try to train every day. Some days I run, other days it’s on the bike or the cross trainer.” Asked how much he does train during a week, David says he’s not sure, “I’ll try to get in two longs run per week (50-80km), however it’s not always possible. Some days it’s a 20km run, but it’s ok. It’s a nice distance”. At this point I think of my three toes making a fuss, having run a 27km race a weekend earlier, and I can’t help but smile, hearing him say that 20km is a nice easy run.

“I started running 19 years ago – well actually, I started walking. My first race was a 10km and after I finished, I wanted to do it again, but faster and better. Running has become a part of my life since then and it’s just a part of my everyday life now’. Asked what running gives him, David says that besides the experience of running outside, close to nature and feeling grounded, running has taught him to zone out, yet still be focused on the task at hand, something he says comes in handy every now and then.

“I also think it’s amazing how you can push your body. Unless your body breaks, it’s all mental. You can really do anything,” he says and points to his running adventure the previous weekend.

“The Kerry Way Ultra (200km) was my best running experience to date, and last year it was the worst. Last year I had stomach problems from my nutrition choices and my feet were destroyed by blisters. I was close to giving up by the 170km mark. Blisters were bursting and it felt like my feet had just given up. My girlfriend met me at the last checkpoint (170km) and that gave me the strength to finish the race. I completed it in 36 hours with my feet in bits. This year, my nutrition was on point. We’d come up with a recipe for homemade flapjacks and sandwiches, which could sustain me through the race, and my stomach tolerated it”.

A smile lights up David’s face, as he continues and tells me about this year’s triumph: “My feet were great this year too. I used to be a forefoot runner, but due to all the hills on the route my toes took a beating. By changing to a mid-foot/flat-foot landing, I avoided the extra strain on my toes and this year they were fine. I also shaved off four hours and finished in 32 hours this year, but I think that’s it for the 200km races”. He says the last bit with a smile and determination. It’s been done with success this year, so now it’s on to other things.

“My next goals are for the two last weekends of September. First there’s the bike ride from Malin up the top of Ireland to Mizen, down south, and then the following weekend, I’m going to attempt to do an ‘Everston’ on Carrauntoohil’. White explains that an ‘Everston’ is to go up and down a mountain as many times as it takes to do the height of Mount Everest. In the case of Carrauntoohil that’s about 8.5 times.

I can’t help being curious about David’s nutrition choices. With all the extreme challenges he is going through this month, and only five weekdays to recover in between, his intake must be on point. “I’m eating pretty healthy,” he says, “and for the long endurance event, I make sure to get a lot of carbs, sugars and fats. I know this sounds scary to a lot of people, but you really need this,” he says and I think he’s referring to the on-going shaming of certain food groups. “To run that long, the body needs carbs, sugar and fats, and not something that will be in your stomach for hours, before it releases the energy. You won’t be able to do an ultra on protein.” I nod and think about how too few people in the fitness world actually talk about these things: about how we need different foods, for different purposes.

We get onto the question which is on most minds when it comes to running: how do you stay free of injuries? “Listen to your body”, White tells me, “With age it takes longer to recover. So if you can feel something is off, don’t push it, unless you’re willing to be sidelined for a while. It’s better to pack it up and go out again the next day, than to smash through and risk an injury”.

David White’s best advice to new runners is: “Get a good pair of runners from the get go. Don’t buy bad runners and don’t try to go too fast, that will come in time. I’m not a coach, or in a running club. I don’t like to be in the spotlight, but I’m happy to help when people ask me for advice or to go for a run with them”.

Whilst preparing this article, I heard back from David: the 640km cycle from Malin Head to Mizen went well. While the paper is getting ready for print he is most likely hiking up and down Carrauntoohil, attempting to do an Everton. My bet is that he’ll succeed, just like he has done all month.

If you wish to run with David White, you’re welcome to reach out to him, or maybe catch him at the local races, Clonakilty Waterfront Marathon and Skibbereen’s Adventure Race. If you’d like contribute to David White’s adventure challenge charity, which supports two causes: Autism and Cystic Fibrosis, you can find it here: https://gofund.me/94bd103a

Next month: Mum of two, Jette Schmidt and her ultra marathon journey!

Tue Oct 5 , 2021
You may hear ‘green manures’ and think green poo! Green manures are actually plants which are grown to benefit the soil and are an organic way to: 1) improve the soil fertility, including adding valuable nitrogen; 2) improve the soil structure, giving better drainage or water retention; 3) suppress weeds; […] 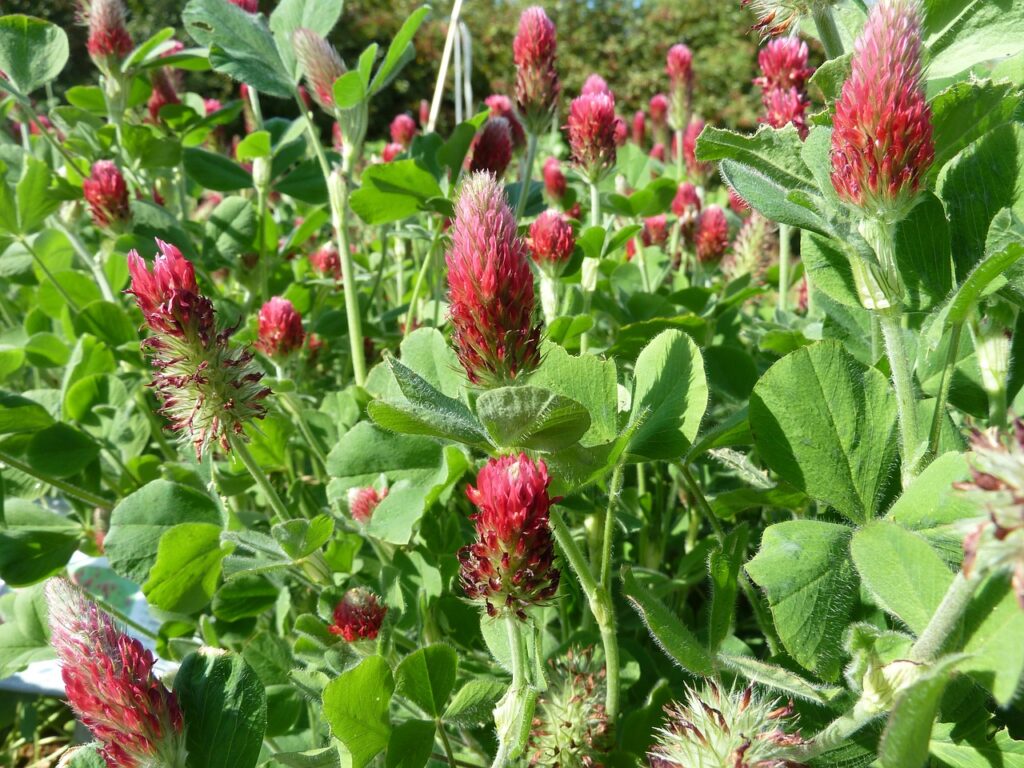