For the first time in my lifetime, there’s been a TB reactor on the farm: Two of them. It’s disappointing, but all I can do now is go through the process involved and hope it works out. As a result, the herd is now locked up. That doesn’t mean myself or the cattle are physically tied up, it’s not as draconian as it sounds; it just means I’m unable to sell cattle to other farmers or through the mart. There’s a valuation process put in place before the reactors are taken from the farm and, as I’m discovering, there’s plenty of paperwork and reading involved.

The fact that all cattle born here are eventually sold to a meat processor means TB is more of an inconvenience to me in comparison to dairy farms. They’re dealing with a more consumer-ready product, so there’s a bit more work for them to do. I now need to have two clear herd tests before the herd is deemed clear. The days between tests are my least favourite days of the year and the fact there’s to be two more tests before April doesn’t fill me with joy.

While testing, the vet pointed out that he’d never seen so many flies around this late in the year. I don’t recall a November as mild as this but maybe it’s balancing out the cold first fortnight in May. I keep telling myself that anyway, although I have this fear that we haven’t had as many gale force winds in these parts that we normally have, so that’s going to balance out somewhere along the line.

Weaning is nearly complete with just six calves left on the cows. These were all born from late May onwards and are likely to remain with their mothers until January. The weaning process hasn’t been as noisy as I expected. The calves had developed a habit of going off and doing their own thing when they were grazing, so that bit of independence helps. The first evening, it was the cows making most of the racket and it took a few days for the calves to notice, but they don’t seem too bothered.

The three big-ticket items of the year in farm policy are drawing to a conclusion. A new Nitrates action plan is almost over the line. The biggest issue of note in this is that it is a two-year derogation, whereas to date it has always been four years. Extra details emerged regarding carbon budgets too. A weak point in the plan regarding emissions from agriculture is putting so much faith in technology adoption when the track record hasn’t exactly set the world on fire. Will more extreme measures be put upon farmers if there’s no reduction in emissions?

Two solutions to lowering emissions on the beef side are reducing the age of slaughter and that of first calving. Within both options there’s good news and bad news regarding the uptake of both.

On lowering the age of calving, starting with the positives, according to ICBF statistics, the percentage of heifers calved aged between 22 and 26 months has increased by two per cent from 21 to 23 per cent. The bad news is that this rise took place over a decade, from 2012 to 2021.

Lowering the average slaughter age is achievable. An increase in beef-sired heifers from the dairy herd are well capable of being finished at grass before their second winter. Getting too fat, too soon, and at uneconomical carcass weight for both farmer and processor is one of their challenges. Also worth bearing in mind is that the removal of the 30-month limit on cattle was one of the central demands at the 2019 beef protests.

The CAP consultation process is drawing to a close with the deadline for public submissions in early December. The policy, containing the highest portion of the EU budget, has passed a final vote in Brussels. With that hurdle cleared it’s now up to the member states to dot the I’s and cross the T’s on the final make-up of what farmers will have to deal with, as it’s implemented. Minister for Agriculture, Charlie McConalogue conducted a series of meetings at marts around the country, speaking and listening to farmers. The temperature of those meetings rose considerably as details of the CAP changes emerged. Farmers on higher overall payments will see the annual payment capped at €66,000 per year. For context, the average payment in 2020 to the 122,281 farmers who received a CAP payment was €9,794. The average annual payment convergence, which is the levelling off of the payment per hectare each farmer receives, will see both winners and losers. In excess of 70,000 farmers stand to gain from this. For those who lose out, it’s proving to be a very sore point so interesting times lay ahead on the CAP front yet.

Whatever anyone says about 2021, it has certainly been a busy year in the agricultural sector. A bit of calmness would be welcome, but a major blip in the form of record fertiliser prices stands in the way.

A positive from the hike in fertiliser prices is that it could play a part in putting a dent in emissions for 2022 but, as it stands, non-organic farmers will have to use their fertiliser far more strategically in 2022. Global demand and geo-politics are all putting pressure on fertilisers, so it’s not a local issue.

The price rise could lead to more farmers looking at organic production especially with funding for the organic sector dramatically increases in the new CAP. Lack of demand is a stumbling block but there’s a strong possibility the shift in fertiliser price will get many farmers thinking differently.

Fri Dec 10 , 2021
In 1954, USA, the civil rights movement won a landmark case which ruled that the segregation (the deliberate and legal separation of the white and black races), of schools was unconstitutional. This landmark case, known as ‘Brown v Board’, would mean the dismantling of all segregated institutions from Mississippi to […] 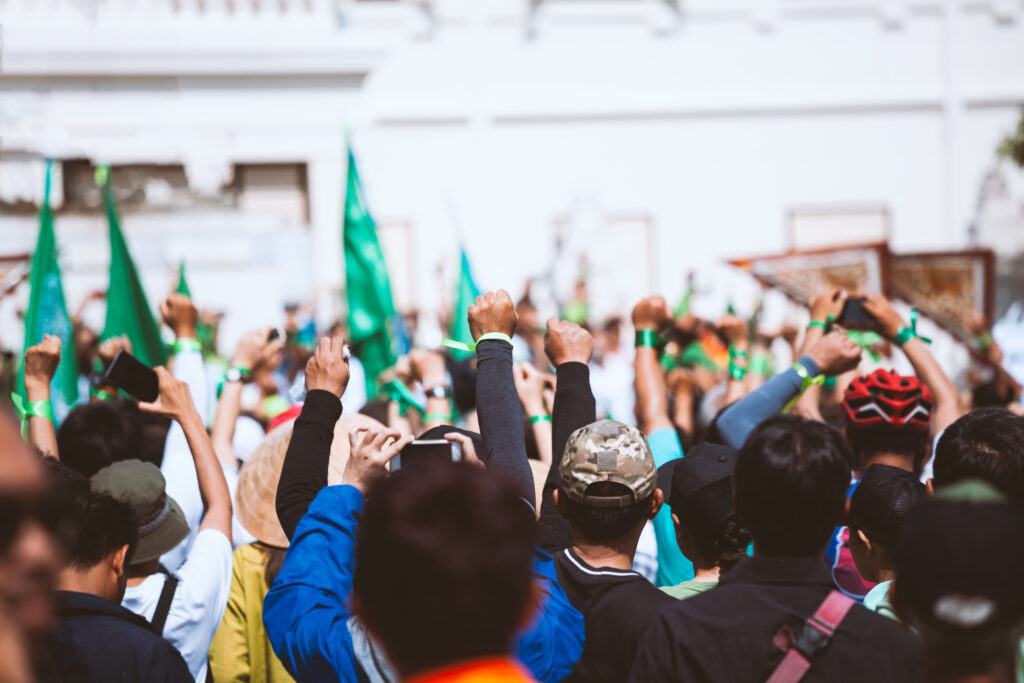