“The challenges of learning more about her story and her impact as a cultural icon have given her even more significance….”
Megan Phelps

Anyone who has ever taken a CPR course will be familiar with the plastic mannequin used to teach the life-saving technique. CPR has become a mandatory element of many workplaces annual regime. Many of us have signed up voluntarily to complete the course; we all know the benefits of gaining the knowledge. However, what we may not know is that the face used on the CPR doll is that of a real person and, not only does she have a name but she also has a fascinating history. The face in case belongs to the ‘L’Inconnue de la Seine or (The Unknown Woman of the Seine)’ – more colloquially known as ‘Resuscitation Annie’ in recent times. She died in tragic circumstances and has been the focal point of the lifesaving technique since she was found drowned in the River Seine in Paris in the 19th century. She captured the imaginations of the Parisian public in the 1800s; her life and death has been the subject of many theories for over a century and she continues to live on in popular culture today – Michael Jackson’s famous song ‘Annie, are you ok?’ is based on the unknown woman of the Seine.

L’Inconnue, who is estimated to have been about 16-years-old when she died, may have been a suicide. Nobody knows for sure, but there were no marks on her body, and many concluded she took her own life. After she was pulled out of the Seine, she was transported to the Paris mortuary, and put on public display alongside the bodies of other unknown dead for the purpose of identification. This was common practice at the time. However, nobody identified the teenager. The pathologist who performed her autopsy was so taken with her serene expression that he had a model maker create a plaster ‘death mask’ of her face. The mask was replicated and sold. In fact, the Lorenzi model makers, who according to the paper authors made the original death mask, still sell copies of it today under the title ‘Noyée (Drowned Woman) de la Seine’. Before long, L’Inconnue’s alluring, deathly likeness was reproduced in facsimiles sold in souvenir shops across Paris, then Germany, and the rest of Europe. The mesmerising mask of this unknown dead girl described by philosopher and author Albert Camus as the “drowned Mona Lisa” became a coveted cultural icon. In time, L’Inconnue’s frozen half-smile rested on mantels and hung in drawing rooms all over the continent. She was positioned in artists’ workshops, gazed upon as a mute, motionless model. At some point, L’Inconnue turned into a kind of morbid meme for early 20th century writers, who contrived countless dramatic histories for this mysterious figure engulfed by ill fortune and the weight of water.

Death in water was a very romantic concept. Death, water, and woman, was a tantalising combination; because of this, there were many stories or apocryphal tales about the unidentified young woman. One of the more harrowing is that she was one of two sisters, identical twins, who’d been born in Liverpool more than a century ago. One of them, it was said, had embarked on a love affair with a rich suitor and eloped to Paris, never to be seen again. Many years later the other sister visited Paris on holiday. Walking down a street she was shocked to see the mask of the drowned L’Inconnue hanging outside many workshops and shop fronts. She instantly recognised the girl as her long-lost twin, condemned – or blessed – to remain forever young, while her sister grew old.

In the late 1950s, when medical students were just starting to learn and practice CPR, Archer Gordon, a member of the American Heart Association’s CPR Committee, realised that a CPR dummy could save medical students from the unnecessary pain and potential rib damage of practicing CPR on each other. To manufacture such a thing, he and a Norwegian colleague sought the help of Norwegian toymaker Åsmund Laerdal. It turned out, Laerdal had seen a reproduction of ‘L’Inconnue de la Seine’ on the wall of a relative’s house, and he decided to give the CPR manikin the same face. Thus in 1960 when the Laerdal company built the first CPR manikins, ‘L’Inconnue de la Seine’ became ‘Resusci Annie’, the CPR dummy, or ‘Resusci Anne’, as Laerdal refers to the doll on its website. Before making CPR manikins, Laerdal had manufactured a doll named Anne. Perhaps this is why the name stuck.

Laerdal felt it was important that the manikin should be a female, suspecting that men in the 1960s would be reluctant to practice CPR on a male doll’s lips. Making the CPR manikin changed the course of the Laerdal company from producing toys to medical devices, as it describes on its website, where Resusci Anne is still available for purchase. The company estimates that 300 million people around the world have been trained in CPR, most of them with the help of Resusci Anne. One of those people it seems was Michael Jackson, who included the refrain ‘Annie are you okay?’ in the song ‘Smooth Criminal’ after he was inspired by his own CPR training, according to the BMJ paper. This line is also used in CPR training when trainees check for a response in the patient.

But what about the ethics of making reproductions of a deceased person’s face and selling them without consent? In an editorial published in the same issue of BMJ, writer and ethicist Julian Sheather notes that although putting bodies on display and passing around death masks were common practices in the 19th century when ‘L’Inconnue de la Seine’ died, those practices would be ‘ethically troubling’ in the more modern world. Today the Laerdal Company estimates that two million lives have been saved by CPR.

Tue Feb 9 , 2021
A good deal of the countryside of ancient Ireland was once covered with trees and scrub with hazel one of the most important providers of food. The nutritious nut (cnó) of this tree can be kept for up to a year and must therefore have been a valuable winter food. It […] 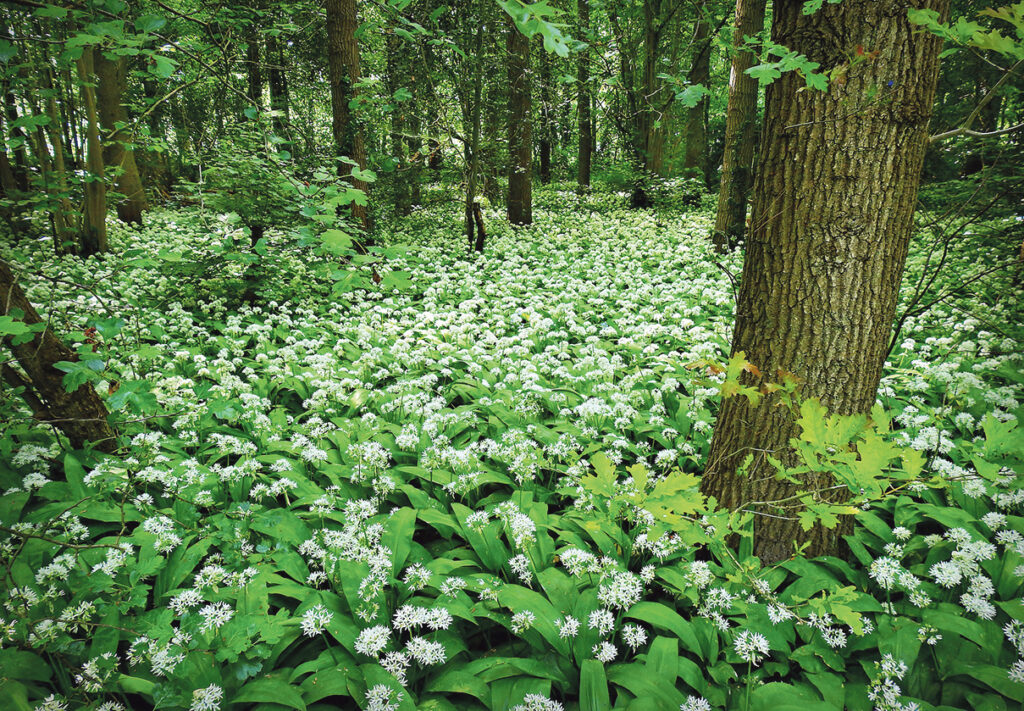