The harvesting of grain used to mark the busiest period in the Irish farming year. Wheat and barley were ready for reaping in August, while the most widespread crop, oats, was harvested in September.

Before the coming of the combine harvesters, co-operation between neighbours was vital in harvesting the grain crop, as it was very labour intensive. The harvesting of grain has changed utterly since my youth. I don’t recall the sickle being used, but I remember a neighbour, Michael O’Driscoll, cutting our ‘patch’ of corn if my father was away fishing.  Once the grain was cut, it was tied into bundles called sheaves. Seven or eight of these were stood to make stooks. Eventually the sheaves were carted into the haggard and made into a stack.

Some days or weeks later, the big tractor-operated threshing machine rumbled into the yard and the grain was threshed. The threshing day was a ‘big’ day in the social calendar, hard work, plenty of sweat, but also banter, gossip, bottles of stout and a big meal in the evening.

Everybody was called out to help to save the corn, men and women, young and old. The last bit of corn in the last of the farmer’s fields was the visible symbol of the end of the harvest, and the cutting of this last bit was, all over Ireland, attended with some ceremony.

Usually a small portion, enough to make one sheaf, was left standing until the rest of the field was fully finished, then all the workers gathered to see it cut. It was generally said that some living creature, a small animal or bird, was to be found in the last of the standing corn. This was often actually the case, as frogs, corncrakes, partridges and such small creatures drew back before the advancing reapers until finally making a dash for safety. In most cases the creature was, or was said to be, a hare, and ‘putting the hare out of the corn’ meant finishing the harvest. If a nearby farmer still had standing corn, the hare was said to go there; ‘we sent you the hare’ was the quip thrown at the farmer whose harvest was last.

Old people recall the old tale of the hag who turned into a hare to steal the cow’s milk, and they also spoke of putting out the hag (cailleach), who was driven from farm to farm until she reached the field of the last man in the townland to cut the corn. The last sheaf itself was often called the ‘cailleach’.

The last sheaf was usually tied in an ornamental fashion and carried from the field by a chosen bearer, most often by the one who had cut it. In Co. Clare, holy water was sprinkled on sheaf and bearer.

In West Cork and Kerry, the end of the harvest was known as the ‘clabhsúr’, when the harvest work was completely finished, the oat stacks covered and secured and the potato pits properly made. The men folk of the family brought their harvesting implements, spades, pikes and reaping hooks into the kitchen and threatened to burn them unless the women provided them with a festive meal. The end of the fishing season was also called the ‘clabhsúr’ on Cape Clear Island.

The reaping hooks used in Ireland in the past had smooth blades, which were sharpened as required during the reaping. Not everybody could produce a perfect cutting edge on a scythe or reaping hook, and those who had the ‘gift’ were proud of it. There was even a charm, ‘ortha an faobhair’ (the edge charm) which might be recited to induce a reluctant implement to take a keen edge.

In the southwest of Ireland the potato harvest was celebrated by the giving of a ‘stampy party’ for the workers and helpers, so called because the main dish was cakes of ‘stampy’, a bread made from grated raw potato, squeezed dry and mixed with flour and various flavourings. This was followed by a dance.

The use of a sheaf of corn to find a drowned body is well known. The sheaf, usually with a lighted candle set on it, was laid on the water at the spot where the unfortunate victim had fallen in, and allowed to drift with the current until it came to rest where the body could be found. Some held that only a last sheaf had this virtue or that it was far more efficacious than any ordinary sheaf.

Gone forever now is the hum and drone of the threshing machine. Gone also the banter, the tomfoolery and the threshing night ‘ball’ with its music, recitations, porter, and dancing around the kitchen to the sound of the accordion or mouth organ.

Patrick Kavanagh, in his autobiographical book, Tarry Flynn, writes about his thoughts as walked across the fields to ‘Cassidy’s haggard’.

The best job at the mill

With plenty of time to talk of our loves

As we wait for the bags to fill’.

And ‘In Memory of My Mother’

‘For it is a harvest evening now and we

Are piling up the reeks against the moonlight’.

Afghanistan – the graveyard of Empires

Mon Sep 6 , 2021
In the last few weeks we have seen the devastating advance of the Taliban resulting in the collapse of a USA-backed Afghan government. They had been in power for twenty years. The speed of the military penetration was akin to the Nazi blitz of France in World War Two, in […] 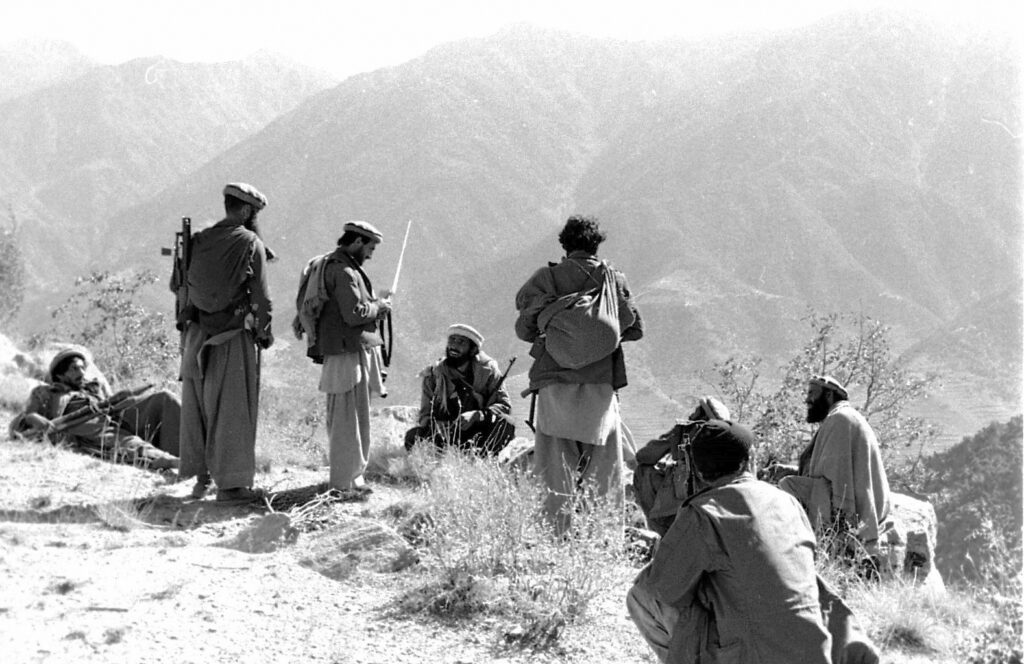