I had the good fortune to be invited by friends to spend time together in New York over Easter. Over a meal one evening, our lovely host Sile, an Irish immigrant of forty years, asked me what I knew about Thomas Meagher. Apart the fact that he was the man who introduced the Tricolour to Ireland in 1848, and a trickle of bits and pieces about his life as a soldier, I had little to add to the conversation. To my shame, as someone who has a deep interest in history, I had to travel 3,000 miles over the Atlantic to find out about a man whose amazing life story has been largely diminished in Ireland – boiled down to a mere footnote next to our national flag. Why is it that we keep alive the memory of some of our heroes while others slip away like shadows in the evening light? To hear the story of Thomas Meagher, is to be told a tale of sorrow, daring, bravery, inspiration, romance and tragedy. It is the formula to all the greatest Hollywood stories. Meagher was sought after by American presidents and hunted down by British Prime Ministers. He lived the life of a convict as well as a Governor. He witnessed firsthand the mangled corpses of the American civil war and the living skeletons of the genocidal Great Hunger.

The real story begins with Meagher’s father. He  was a self-made man who, through hard work and determination, returned home from Canada with enough wealth and business acumen to take advantage of the rise in fortunes for  the emerging Catholic middle classes. Thomas, born in 1823, received an excellent education where his sharp intellect first shone amongst the Jesuits in a Catholic finishing school in England. It was  the era of Daniel O’Connell; the rise of Catholic emancipation. A tide of nationalism swept over the young man who, even at a young age, had impressed the ‘great liberator’ with his rhetorical appeal and golden words. But what shaped him more were the killing fields of the Great Hunger. We know it was the swathes of the pathetic poor peasantry who were wiped out in Ireland during these tumultuous years, whereas middle classes and traders, if they could avoid famine fever, were more insulated. Meagher could have lived a wealthy life like his father, but was too much touched by the plight of his fellow country men and women. Disillusioned by the waning powers of O’Connell and increasingly belligerent and genocidal actions by the British Government, a new generation of ‘Young Irelanders’  emerged form the shadows carrying a new beacon of hope. Meagher, William Smith O’Brien, MacManus, Duffy, Mitchell and many others we have forgotten, fought the government with the only tools they had at their disposal – words. Talent writers and orators, together with contributors like Jane Elgee, (Oscar Wilde’s future mother) inspired a new generation that  freedom from the yoke of British power, was the only solution to a country who’s middle name was misery.

Perhaps the first clue to Meagher and the aforementioned characters demise in the history books, can be attributed to the pathetic rebellion that they led in 1848. It was a year that saw nationalists across Europe rise and throw off the chains of tyranny across Europe. Returning with the tricolour from France, inspired by the new tricolour of the French Republic, Meagher and this group looked to create a wave of popular support to sweep the British out of Ireland. Alas when your army is a platoon of living specters and the walking dead of the famine, and your commanders, newspaper journalists and poets, defeat was inevitable. The rebellion turned out to be an ignominious scrap in a cabbage patch field in Tipperary, hardly the thing of legends. The British, knowing too well that the cream of Irish thinkers were amongst the rebels, banished the men to the penal colonies for life. Out of sight out of mind, and for millions more, survival not words was all that matter.

Meagher would never see his native Waterford again and, after six months at sea, arrived in the harshest of penal prisons – Van Demien’s Land on the island of Tasmania. Despite being so far away from his homeland, the passion and light for Ireland continued to live in his heart and soul. The flood of Irish emigration had created a massive diaspora in the USA, many carrying the hatred of British rule. His years there were harsh and lonely. Thankfully for Meagher, plans were made for his dramatic escape to America. It wasn’t as simply as hitching a ride on a ship. Meagher had to row, then swim to a narrow island where he waited ten days with no food and little water, before being picked  by the ship, escaping the massive man hunt for the man the British rated as one of Ireland’s most dangerous nationalists. It was a massive personal sacrifice; he left behind his new wife Catherine in the hope they could be reunited in the future. Catherine was taken to Ireland soon after, but died when their son was born, a son Meagher would never tragically see  because of his lifelong banishment from Ireland.

Arriving into New York was like arriving into an Irish province. Swollen by the millions of emigrants that had poured in to the city [a quarter of all immigrants up to that point in NY], he was immediately greeted as a hero. It was an era where oratory skills and the ink from a pen carried much more currency than today; and there was no better component of these skills than Thomas Meagher.  Meagher, immediately set about studying for the bar and writing for newspapers, where he championed the rights of the Irish immigrant classes in New York. Their great numbers had given rise to the Nativists Party, who feared their Anglo Saxon Protestantism was being diluted by the swarms of ‘Catholic Irish rats’.  It seems the Irish had escaped British persecution only to be faced with more racism and discrimination in their new home. The Democratic party, impressed  by the intellect and reach of Meagher, were soon courting him. A man whose name we barely utter today was on the lips of Presidents, Mayors and the darling of New York society. He fell in love with Elizabeth Townsend, daughter of a wealthy WASP, who’s father had no time for the rascal Irish rebel. Love won the day and forged a long-lasting and supportive relationship.

A decade after  Meagher’s arrival in New York, he never blunted his words against British misrule in Ireland and the topic remained at the top of his agenda. Haunted by his failure in the 1848 rebellion, he could only dream of returning home to release the Irish from the manacles of its British captors. Closer to home, it was the manacles of the black slaves that were being spoken of and the infant state of the USA looked to be shattered by the succession of the slave states from the North. One of America’s greatest presidents, Abraham Lincoln, sought out Meagher. He would need men to fight his war. At the time there was only a full time army of 16,000 men. Conscription was not yet conceived, so Lincoln needed men like Meagher to use his persuasive skills and celebrity status to inspire  Irish volunteers to form a militia. Patrick Corcoran, another Young Irelander, had forged a reputation with the Irish 69th Regiment, but with Meagher’s inspirational oratory skills, the ranks were swollen, full of Irishmen. He had admitted to Corcoran that he hoped perhaps these battle-hardened soldiers could somehow be used to return to Ireland and drive the British from the shores of the Emerald Isle? His heart yearned for Ireland but for now he was committed to the country that had given him refugee as an exiled rebellion. It was a difficult sell. As the lowest and most oppressed people in New York, Irish men and women were in fear of having to compete against freed black slaves for the dredges of  the hardest work and compete for space in the slums. Nevertheless, Meagher’s status was so respected and words so inspirational, he went to battle in the American Civil war, as a General in the 69th Irish Regiment.

The old fears returned. The ghost of 1848 hung over his shoulder. A poet leading his men in battle was surely doomed? Not so. Under Meagher and Corcoran’s command, the Irish 69th carved out the most fearsome and respected reputation by friend and foe. Initially dismissed as the drunken Irish by General Sherman of the Union, they became the go-to regiment to break the deadlock under the command of McClellan, who was Major General of the entire Army. It was not without trauma and loss on a scale he only saw in the dying fields of famine Ireland. The civil war was won by soldiers like Meagher, his reputation enhanced. But the death and destruction of so many Irish never left him.

There were more adventures for him ahead in the next stage of his life as Governor of Montana, where he intended to create a ‘new Ireland’. It was a dream that led to his death by Freemason vigilantes who murdered him for the liberties  he wanted for all. Today there is a magnificent equestrian statue outside the state capital building in Montana and a bust of his lies over his dear wife in Greenwood Cemetery in Brooklyn. Shamefully, he is but a footnote in our school history books.

Tue May 3 , 2022
Although in existence since the 19th century (when first written record was discovered) cargo cults only came to notoriety during, and most notably after WWII. The cargo cult that gained the most notoriety and attention was one worshipped by the people of the Melanesian islands. A cargo cult is a […] 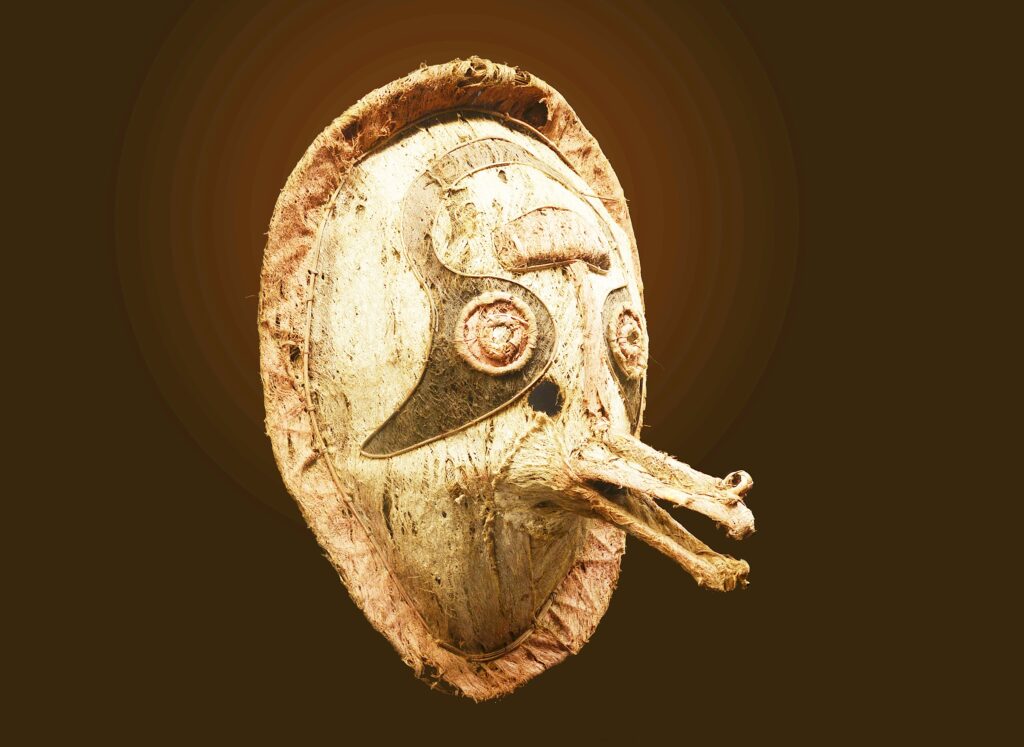