“I’m not a fragile individual,” shares West Cork People fitness columnist Tania Presutti, “I’ve grown up Asian-looking in a white country (I’m adopted) and I’ve encountered everyday little acts of racism throughout my life.” While Tania says that most of the time she just ignores racial slurs, marking them down to people being bigots, uneducated, or not so bright, a recent encounter at Dublin Airport made her reconsider putting up with such behaviour.

“It takes a lot for me to react,” she says. “In fact, I can only recall one incident where I have ever reacted loudly. An older woman wanted my five-year-old son to step onto a busy road because she didn’t want to walk next to us, as our paths were crossing. She kept shouting about social distancing and calling me Chinese (so by definition I must have Covid!). On this occasion, I told the woman (very sternly) that she was way out of line and I would not have my young son stepping onto the road to appease her racist beliefs.”

Travelling from Dublin Airport to Copenhagen one early Sunday morning recently with her young son turned into another such distressing experience for Tania.

A simple coffee order at the airport Starbucks resulted in the harried mum being presented with a cup labelled with Ching (a version of Chink), a racial slur referring to someone of Chinese descent. In what she says was a moment of disbelief and sadness, Tania had to acknowledge that she was the victim of a racist joke.

“I decided not to complain about it at the time,” she remarks, “as I felt the staff members who served me were in on the joke, it seemed like a small chance of success to get a complaint across. I determined to write to them once I was in Denmark. At that moment in Dublin Airport, I was just happy that my five-year-old son wasn’t able to read. It would have been hard to explain to him why the barista wrote Ching/Chink on my cup.”

According to Tania, on making contact with Starbucks Ireland, the company refused to take any responsibility, citing the airport branch wasn’t a ‘real’ Starbucks. SSP, which runs the airport franchise, offered her no real apology either. “There was no mention of consequences for staff or steps to address this on a corporate level. A €25 voucher for Starbucks and a “we’ll try to do better”, was the reply I got,” says a disappointed Tania.

“I think it’s safe to say that Starbucks obviously doesn’t care about my experience. I’ve asked for an official apology and offered to come and give a short seminar on racism for both staff and HQ, which they ignored and just sent me a long email about how important customer satisfaction is to them. You’d think from reading their reply that I had complained the coffee was too hot!

“A lot of people have expressed sympathy and encouragement to continue on with my quest for an official apology, and I am pressing on via Twitter, but it does feel like a long, lonely road,” she continues. “There are also many people who think I should just give up. Some have asked why I am making such a big deal out of it, and some just think it’s a battle which can’t be won.”

Tania says she can understand both sentiments. “Racism is very much ingrained in our self-understanding in the west, in the sense that the west puts itself on a pedestal over the rest of the world. We are better, more developed, more civilised, educated, advanced, modern, ethical and so on’. People of colour are at the bottom of the social class system here so it’s easy to understand the dismissal of my complaint. Why should they take seriously the complaint of an inferior Asian woman?”

Tania adds, “It might not even be a clear, conscious choice to be racist. Because the mindset of being ‘superior’ has existed since we (Europeans) started writing our history down, unconscious racism (some might call it a colonial mindset) is common. To me, with a Danish identity and an Asian exterior, I am constantly in the middle of this, whether I want to be or not.”

With the rise in hate crimes against Asian people in Europe, this fight is an important one for Tania. “I think this is a great opportunity for a global company like Starbucks, who claim they support diversity, to stand up and condemn any racist behaviour by an employee (regardless of title) – whether it’s in a ‘real Starbucks or a franchise Starbucks. I feel that if I give up, I would not only be giving up for myself, but also for every one of colour in Ireland or any person of colour who frequents Starbucks or Dublin Airport. So I’m continuing trying to reach them via Twitter and have also filed an official complaint via the Workplace Relations Committee on the base of discrimination. One way or another, I want Starbucks to acknowledge that this racist treatment was wrong, however inconsequential they may view it.”

Mon Aug 9 , 2021
Taoiseach Micheál Martin officially opened the single largest solar farm in the Republic on July 26. Developed in a joint venture by Eli Lilly and Enerpower, the 16-acre facility will help power a significant proportion of the Lilly plant at its Dunderrow, Kinsale site with sustainable energy.  The ground-mounted Solar […] 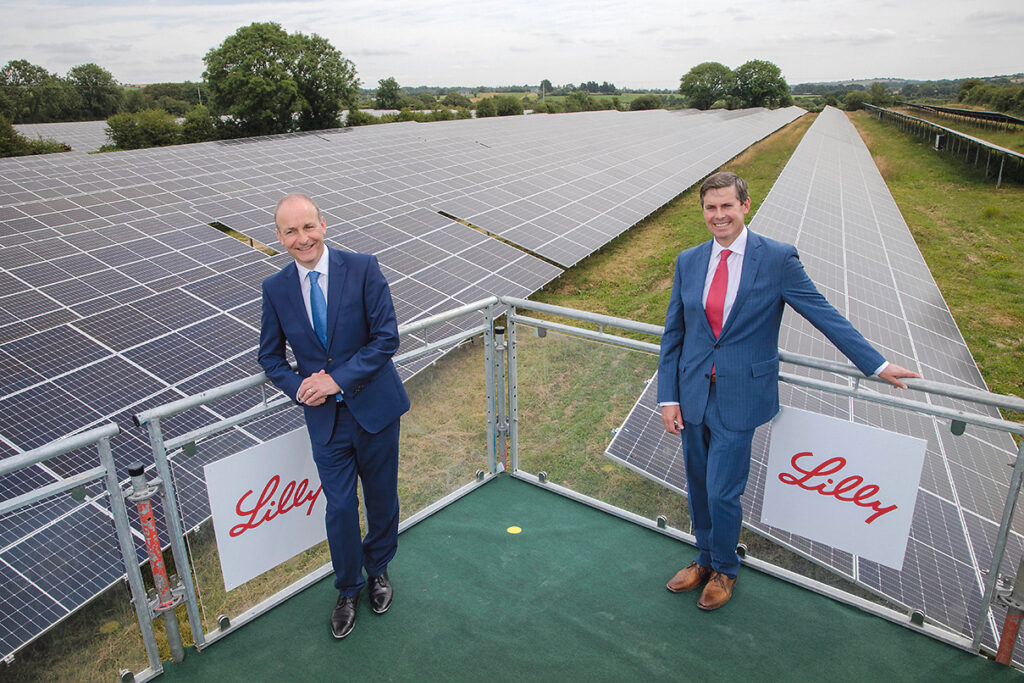